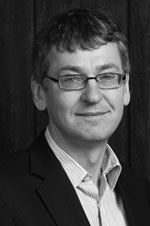 This was always going to be a significant year for Ngāi Tahu, with examples of our activity including new and improved agreements with the Ministry of Education, immersing ourselves in earthquake recovery efforts, our participation in national freshwater discussion and increased funding to Papatipu Rūnanga.

Much of this activity is supported by a financial commitment from Te Rūnanga o Ngāi Tahu – mostly via the distribution from the settlement assets, which are managed by Ngāi Tahu Holdings Corporation (NTHC). The commercial success of Ngāi Tahu has seen the distribution increase from $22m in 2010 to a projected $28m in 2012/13. Maintaining this progress is critical because the distribution allows Te Rūnanga to advance an enormous range of social, education, cultural and environmental aims for its people, remembering that many whānau still operate beneath acceptable wellbeing markers. Since settlement, around $230m has been distributed to support our communities and marae, our participation in environmental activities, and programmes designed to progress the position of Ngāi Tahu Whānui, such as Whai Rawa, Kotahi Mano Kāika and the Ngāi Tahu Fund.

This year or next, we expect the relativity mechanism to be triggered. In essence, it is a simple and straightforward legal contractual matter between the iwi and the Crown, with the relativity amount being calculated in accordance with that contract. Effectively Ngāi Tahu agreed to receive its settlement in installments, due to the need to get processes underway and because there was so much uncertainty at the time of settlement in the mid 1990s.

Interestingly, given the Crown spends about $70 billion per annum, it will barely rate a mention in the Crown accounts. Nevertheless, it does attract media attention and is likely to attract more as we approach the trigger point. This edition of Te Karaka covers the relativity agreement to help people understand it and its importance to Ngāi Tahu.

The timing may be of real benefit not just to Ngāi Tahu Whānui, but to the development of our wider community, because Ngāi Tahu is heavily engaged in supporting earthquake recovery. We have invested significantly in residential housing development for example, and the relativity agreement will support that as well as general economic and employment activity in Te Waipounamu.

I will add as a footnote that for me, there is also an element of regret that this funding is essentially coming late. Ngāi Tahu have been extremely successful managing the initial settlement. How much better off would the iwi be today if Ngāi Tahu had received a full settlement in 1998, rather than waiting almost 15 years for this installment?