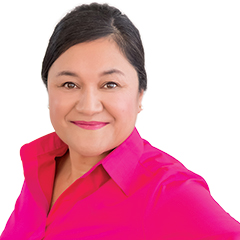 Do I really feel like I am being engaged?

I had to gulp at a recent social media comment that targeted the CEO for going out beyond the Office to engage with others through many different social or formal events. I thought, “What a strange comment.” Especially given that in recent months we have made a concerted effort to broaden our connection with Ngāi Tahu whānau living beyond our takiwā, through a series of road shows across Australia and Te Ika a Māui celebrating 20 years since the Settlement. Lately I have met many whānau members (some who have attended the road shows for their very first time), and I’m convinced it is a positive way to build our relationships.

Recently we surpassed 57,000 registered members, and of these we know that 50% live beyond our Ngāi Tahu takiwā. As far as regular engagement and involvement with the iwi or the Papatipu Rūnanga goes, we probably have less than 2% of our members who are regular participants. In my books that is quite alarming, as we pride ourselves on the aspiration of inter-generational sustainability, yet it appears we are only moving within a closed circle.

So whose responsibility is it to build engagement? Members themselves? Or should Te Rūnanga widen its net? It’s a debate that has been around for a while, as we have our ahi kaa who are religious volunteers protecting and practicing the kaitiakitanga responsibilities of tikanga on the marae, while at the other end of the spectrum we have our whānau who live away, and over the generations some have become further disconnected. The overwhelming feedback from our road shows is that whānau are motivated to be involved, and they are hungry for more information. They are proud of the achievements of Ngāi Tahu, and they genuinely want to find ways to contribute. Something tells me that we are not keeping up with this, and if we are not careful enthusiasm could turn into unhappiness. If I think about the majority of our members not feeling engaged, then at some point things will boil over. Over the years our leadership has made no bones about strengthening the marae, and this is not about to change. Instead they now want to add to this by finding ways that will bring together both local and global whānau. Over the next 12 months, watch this space as we come up with solutions to bring the two together.

If Te Rūnanga is going to really challenge itself on building connections right across the Iwi, then we need to harness fast-changing technologies to regularly connect with every Ngāi Tahu home, should whānau wish. There will be a myriad of other ways to build our relationships, like creating a log-on or igniting a personal Ngāi Tahu whakapapa identity card that could give access to our own products and those of our partners. Bright thoughts come from outside the square, so feel free to let us know as your idea could be part of the connectivity solution.

I look forward to hearing from you.