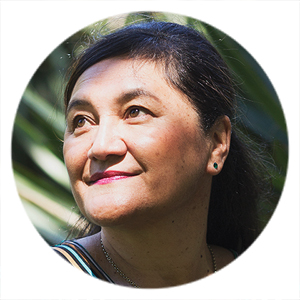 I’ve often heard the phrase, “nothing is for free”! But if we stop to reflect on this, I’m sure most of us will have been involved in community volunteering in one way or another. From local activities like school and sports, to social service agencies, and even extending to volunteering abroad – we have grown up in a culture of giving our time to our communities.

Recently I attended the regional conference of Te Rōpū Wāhine Māori Toko i te Ora, the Māori Women’s Welfare League, and I was heartened by the generosity of spirit as members reported back on their community efforts over the past year. Representatives of various branches proudly shared how they each undertook their own fundraising and then generously used it to give back to their communities to enable and empower Māori women and whānau. It was a well-oiled military operation as the presentations vied for a prize with their informative and entertaining feedback, making sure they kept within the time limit. There was an effervescence of energy in the room from our kaumātua to the rangatahi, all focused on giving back to their communities.

In 1951 more than 90 women delegates gathered in Wellington and became the founding branches of the Māori Women’s Welfare League. The late Princess Te Puea Herangi became patroness, and Whina Cooper (later Dame Whina) was elected President. Over its almost 70 years, the movement has cascaded to all corners of our country and has become a dynamic institution that has been embedded throughout our whānau generations. Today there are more than 3000 members, and the growth continues with the uprising of the “juniors” within some branches.

This year we celebrate 125 years since women in this country were legally able to vote. It was 19 September 1893 when the law was passed, and at that point it still excluded some groups such as the Chinese. New Zealand gave hope to other countries, as we led the way with this decision. I’m guessing that the drive to bring about this beacon of justice was both relentless and persistent. It started a wave of equal opportunity, albeit slow, as it was to be some 40 years later in 1933 when the first female Member of Parliament was elected; and double figures only reached in the mid-1980s.

Oh how times have changed, with female leadership popping up everywhere from running the country to running the household. It’s both inspiring and downright practical, as I know things will actually get done. As I reflect on these examples of female talent right across our local and national communities, I’m drawn back to the Māori Women’s Welfare League – it’s girl power and I’m glad to be a part of it. Find a branch and sign up!