Why is kapa haka so popular? Kaituhi Mark Revington reports 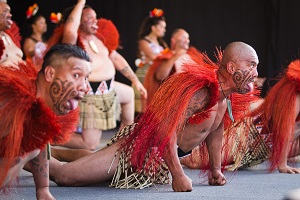 Maani Stirling started kapa haka as a seven-year-old because his dad John told him to. “Me and all my brothers had to do it, but not all of us carried on.”

What did he like about it? “The singing, really. And of course, what boy doesn’t like doing the haka? It’s a chance to shout and kick and stamp.”

Now 48, Maani (Ngāi Tahu, Te Whānau a Apanui, Te Aitanga a Māhaki) still gets up on stage to shout and kick and stamp and sing. His love for kapa haka has taken him overseas, to perform in Italy, Canada, and France. Back in Aotearoa, it took him to the beautiful sandy shores of Whangara on the east coast of Te Ika a Māui.

Kapa haka has gone through cycles but its popularity is definitely in an upswing. Here in Te Waipounamu, Ngāi Tahu introduced Te Atakura, an annual showcase for kapa haka, as a way of encouraging more people to take part, and for whānau to celebrate whanaungatanga and Ngāi Tahutanga in a non-competitive, friendly environment. Maani is chair of Te Atakura and has seen the trend come and go. A few years ago, it would have been a struggle finding more than half a dozen Ngāi Tahu to get up on stage to sing a waiata, he says. With Te Matatini coming up early next year, things have changed.

“If I had to look back even to 2007 for Ngāi Tahu, it was extraordinarily difficult to get people on to a stage or singing a song,” says Maani, who is chair of Te Atakura, “At the moment we’ve got a bit more energy.

“I think it’s been quite a difficult journey at times, with not enough people, and struggling to get groups on to a stage. It’s like anything; it goes through cycles of acceptance. You’ve also got to keep it fresh and interesting to keep people involved and interested.”

But kapa haka is not just about standing on stage. “It’s about being able to do that confidently and competently or even expertly on the marae,” Maani says. “That’s where tradition has to link back in, particularly karanga, whaikōrero, wero, mōteatea… I mean you still do poi and waiata on the marae, but for me those are the main aspects. And haka is fundamental.”

Ranui Ngarimu (Ngāi Tahu, Ngāti Mutunga) remembers standing on stage as a two-year-old with her sister, and mother who was a member of the Ōtautahi Kindergarten Mothers’ Māori Club, because that’s what was expected of her.

Kapa haka has always been a part of her life, says Ranui, a former Te Matatini judge and chair of the Waitaha Cultural Council.  “It is just what we did. As young children, we used to go over to Aunty Wai’s house with the Pitama whānau and haka. We would practise our poi and Aunty Wai used to get us to do all the current popular songs of that time.”

Kapa haka was always part of the Ōtautahi Basketball Club. At tournaments it was a tikanga to be maintained. Kapa haka competitions became part of the South Island Māori Netball  Association tournaments — the Ōtautahi club originally competed against Wairewa, Arowhenua and Tuahiwi but it soon  grew to be a Te Waipounamu event, Ranui says. It was about whakawhanaungatanga.

Netball, basketball or any hui, kapa haka was a part of the tikanga; always observed, always there. And it was part of family life,  Ranui says. “It was the way my whānau were. There were always occasions when tikanga was formally acknowledged and maintained. At other times there would be a moment when the family jumped up and had fun as a whānau. We weren’t competing, we were acknowledging tikanga. For me it has always been a part of life.”

Television, social media, the spread of kapa haka through schools — these have all helped increase its popularity. Switch on Māori Television and you will find comprehensive coverage of this year’s regional kapa haka competitions across Aotearoa and Australia. There is 50 Haka Moments 2013, and The Kapa, a new reality series which combines top new talent with some of the country’s top kapa haka performers. On Facebook you can find groups like Share your #HakaLoveStory and Kapa Haka Freaks. A new album out, Manea, is promoted as a contemporary pop and R’n’B album put together by five keen kapa haka competitors. The five friends from Auckland have other skills, but the kapa haka experience is seen as the hook.

What accounts for this surge in the popularity of kapa haka? Well, it’s a vibrant, dynamic performing art that prompts pride in its cultural aspects but really, once kapa haka got into schools, it took off, says Piri Sciascia (Ngāi Tahu), an experienced judge and legendary kapa haka exponent who first performed at Te Matatini in 1975 as a member of Ōtepoti-based Araiteuru.

Kapa haka underwent an upsurge of interest in the 1980s and 1990s, he says. Now it is being taken to new levels. “It’s gone beyond a renaissance now. Te Matatini as we know it developed but the renaissance spread to the schools, especially the secondary school level. At the last two or three Te Matatini, there has been a shift again and the level of theatre and choreography built on a solid Māori reo base is taking the performances to a new level.

“You could use the whakaeke and the whakawātea as quite creative pieces because there was no structure to them, so the way you came on stage and went off stage was really up for grabs.

“You’ve got people coming on with pōhā and whāriki – you name it. That’s not a renaissance, that’s huge creative development on the back of that renaissance.”

As a former Waitaha judge, he says the first step to winning a competition is the script, putting a set of words in front of the judges, long before they get to see what your group is like.

“I have seen some strong compositions and if you see that a week before the actual competition starts, you’re already thinking ‘wow’ or ‘not wow’, because some of the compositions are amazing.” 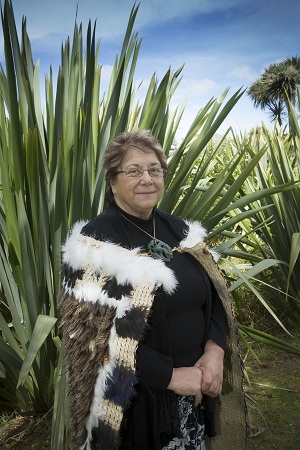 Hagley Park in downtown Ōtautahi/Christchurch is the venue for Te Matatini 2015, the national kapa haka championship and the world’s largest celebration of Māori performing arts, expected to draw more than 30,000 people, both performers and visitors.

The event will be hosted by the Waitaha Cultural Council, the Christchurch City Council, and Ngāi Tahu from  4–8 March.

Christchurch won its bid to host the prestigious cultural event after the Waitaha Cultural Council, supported by representatives from the Christchurch City Council and Ngāi Tahu, gave a final presentation to a panel in Wellington in February 2012.

“It is a way for us to come together in a positive way and manaaki our manuhiri. Ngāi Tahu are especially good at that.”

Ranui, a former judge at Te Matatini, has been to as many regional finals as she can, inviting qualifying groups to come to Ōtautahi.

“Quite a few had booked in anticipation before their regionals. One woman told me she came down here before Christmas and booked out a boutique hotel. “