The physical and biological effects of climate change are already being felt around the world, and we are at a critical juncture as the window of opportunity to mitigate the impact of these changes is closing. In response to this, Te Rūnanga o Ngāi Tahu has developed the Ngāi Tahu Climate Change Strategy to address the complex and varied challenges that face the iwi. Kaituhi Christopher Brankin discusses the work that has been done to develop this strategy in light of its upcoming release. 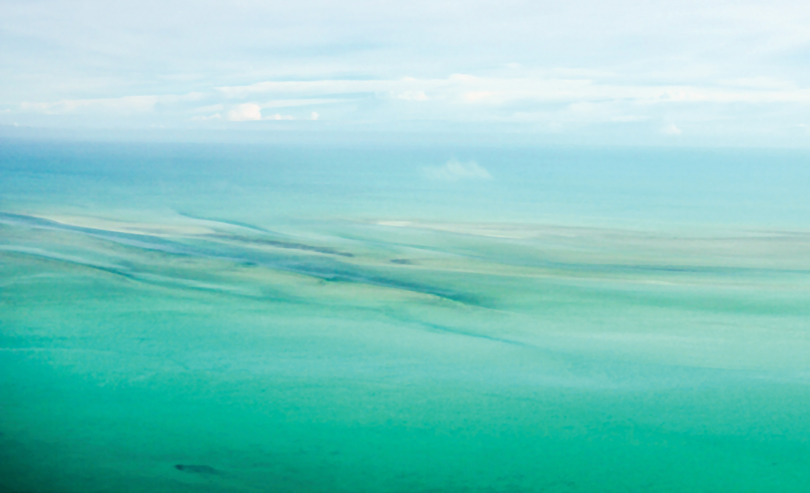 Since the Industrial Revolution, human activities have greatly increased the amounts of greenhouse gases emitted into the atmosphere. These gases trap warmth from the sun, increasing the temperature on Earth.

As a nation, Aotearoa has been slow to address climate change with definitive political action. The governments of the last two decades have made all the right noises, but direct legislative change has been minimal and ineffective. The New Zealand Emissions Trading Scheme, introduced in 2008, demonstrated that a singular approach to climate change (that didn’t tackle big emitters and sectors) was flawed – as evidenced by a growth in annual emissions since its inception.

In the last decade, Te Rūnanga o Ngāi Tahu has responded to Government policy shifts by demanding stronger and more meaningful action – little of which has come to fruition. Climate change presents a complex challenge for the iwi. The deep connection that Ngāi Tahu share with the natural environment means that the imminent threat is felt strongly, and raises the question of how we can best prepare for the inevitable changes. There is no doubt that the landscapes, resources, and taonga species that play such an important role in how Ngāi Tahutanga is expressed will be affected, and whānau will need support to adapt to those changes.

In recognition of this fact, the Strategy and Influence unit at Te Rūnanga o Ngāi Tahu put together a team to develop a tribal response to climate change. The team began with Maria Bartlett and myself, and grew to include Dr Ronnie Cooper and Rata Pryor Rodgers.

The whenua, the moana, and wai māori are of the utmost importance to Ngāi Tahu. The natural world sustains our people, not just physically and economically, but spiritually. The wellbeing of the iwi is entwined with the wellbeing of the environment, so tightly that it is hard to determine where one ends and the other begins. With this in mind, the first task for the team was to develop a clear understanding of what climate change means for Ngāi Tahu, in terms of anticipated impacts on the takiwā itself, on whānau living in the takiwā, and on tribal businesses. To do this, we met with kaimahi from across the Te Rūnanga group to learn what mātauranga was available, and to see what was already being done.

These discussions made it clear that our project was timely. Ngāi Tahu Holdings gave the message that it was time for a review of approach, so that investment decisions can actively support a low carbon future, while continuing to support the development and prosperity of whānui. In fact, earlier this year Ngāi Tahu Holdings became part of the newly-formed Climate Leaders Coalition, pledging to help the country reach its net zero emissions target by 2050.

Our main priority was seeking feedback from whānau. We distributed an online survey throughout our tribal communication channels – email and social media. This was a new approach to engaging with whānau, and provided an opportunity for those living outside the takiwā to contribute their thoughts. The survey was followed by visits to marae throughout the takiwā to discuss the kaupapa directly with whānau.

At the same time, we commissioned a report from the National Institute of Water and Atmospheric Research (NIWA – Taihoro Nukurangi). We gave NIWA a specific brief that focused on places and taonga important to Ngāi Tahu.

We were very conscious that change is inevitable, but that the extent of that change is undetermined. Outcomes will depend on how quickly humans can transition to low-emission behaviours. With this in mind we explored a number of possibilities, adopting the whakataukī “hope for the best, prepare for the worst” to help direct the kaupapa.

NIWA provided up-to-date and relevant data that will give leadership clarity in their decision-making, and also help whānau understand the situation. We received this in January 2017, and set about extracting the key messages from this complex document. We communicated these to Te Rūnanga o Ngāi Tahu, and hosted a wānanga to continue building the mātauranga of the governance team. Their enthusiastic participation reaffirmed support for the kaupapa, and provided some clarity and direction.

We also distilled the report into a series of “snapshots” to provide a targeted overview of the environmental changes that scientific modelling suggests will occur in the natural rohe of ngā Papatipu Rūnanga, focusing on variables like rainfall, temperature, and wind. Unsurprisingly, these are very different across the takiwā, and tend to be an extreme version of the current characteristics of each area. Rainy Te Tai Poutini may become rainier, while on the east coast the Canterbury Plains, Kā Pākihi Whakatekateka o Waitaha, will become drier. And there are some changes that will be felt by Ngāi Tahu collectively.

Once the snapshots were complete, we spent time with mana whenua across the motu. These hui injected real energy into the team, as whānau shared their concerns, but also their determination with us; demonstrating the depth of aroha our people have for their tūrangawaewae.

It was clear that the threat of rising sea levels was of major concern to our coastal communities and marae, as well as the impact that changing ocean conditions may have on kaimoana. Further inland, focus was on the ever-present challenges facing freshwater rivers, lakes, and their inhabitants – all taonga critical to mahinga kai. These discussions were very pragmatic but at times quite emotional; demonstrating that while Ngāi Tahu have learned to be resilient and enduring in the face of drastic change and loss, these experiences do still leave a mark.

The social and human impacts of environmental change may be less tangible than the physical, but they are just as significant, and understanding them is crucial. By spending time with whānau we were able to build a picture of how we need to respond to climate change in a uniquely Ngāi Tahu way, to support whānau and protect the places and resources they need to sustain themselves physically, spiritually, and culturally.

Assistance was sought from rūnanga advisory companies Mahaanui Kurataio (MKT) and Aukaha to consolidate mana whenua perspectives, giving further depth to the pool of knowledge that was accumulating.

Presenting to the Kotahi Mano Wawata Rakatahi Symposium 2017 was a highlight for the team. It was refreshing to reframe the project for a youthful audience – a group which inevitably will face the impacts of climate change at its most challenging. Speaking to these young leaders gave us a renewed sense of purpose and hope.

Meanwhile, as the project continued to gain momentum, we were also casting the net wider, to better understand the kaupapa in a more general context. Workshops, symposiums, and working groups with many of the nation’s leading minds provided us a wealth of knowledge. We were also able to demonstrate to the scientific community that mātauranga Māori is of immeasurable value to these kaupapa. By giving voice to the unique challenges and opportunities climate change presents for the iwi, Ngāi Tahu stepped to the forefront of these national conversations. Following governance direction, we entered the next phase of the journey: developing an overarching strategy to enable tribal governance to provide clear direction for resourcing and decision-making. This applies to climate change mitigation and climate change adaptation.

This is an exciting challenge, as the strategy must provide direction across the whole spectrum of Ngāi Tahu interests, assets and activities.

Ngāi Tahu is comprised of a multitude of threads through our iwi, hapū, and whānau. These threads are traditional and contemporary, sustaining the wellbeing of our people physically, culturally, and economically. The Ngāi Tahu Climate Change Strategy weaves those threads together, understanding that what is needed to respond effectively will be different for each unique place and tribal activity.

The realities of climate change are often daunting, and are typically framed negatively with a focus on loss and disaster. We have been conscious of reassuring whānau that this is only one part of the picture. As social and economic structures adapt to the coming changes, there will be opportunities as well as challenges. Maintaining flexibility and openness to new ideas will be important to enable the iwi to meet these changes head on.

Framed in the values and aspirations set out in Ngāi Tahu 2025, the strategy takes an inter-generational long-term perspective, hon-ouring the responsibilities both to our tūpuna and to those who follow us. This approach gives Ngāi Tahu a distinct advantage in dealing with this kaupapa. The very nature of who we are means we will endure in our tūrangawaewae for generations to come.

Throughout its development, the strategy has generated significant interest across local and central government, other iwi, and other organisations grappling with this kaupapa. These relationships have been and will remain important. The leadership Ngāi Tahu has shown in this space is reflected in the appointment of Kaiwhakahaere Lisa Tumahai to the Interim Climate Change Committee, which is exploring options around renewable energy and agriculture. We have also presented to the Iwi Chairs Forum on the Ngāi Tahu project.

While pressure mounts for the strategy to be launched publicly, Ngāi Tahu is our priority – sharing it across Te Rūnanga and its subsidiaries, and bringing it out across the motu to share with whānau.

The strategy is the first step in what will be another ongoing journey of resilience and evolution for the iwi. Like the waka journeys of our tūpuna we must prepare as best we can, based on what we know is ahead. It will evolve to meet the needs of that future, and help ensure Ngāi Tahu can thrive in Te Waipounamu in the generations to come.

In 2015 the Paris Agreement was adopted by parties under the United Nations Framework Convention on Climate Change (UNFCCC), committing all countries to take action on climate change. Its goal is to keep the global average temperature increase to less than 2°C above pre-industrial levels. In keeping with this, New Zealand has committed to reducing greenhouse gas emission to 30 per cent below 2005 levels by 2030. However, to have a chance at the best case scenario we need to reach net zero carbon emissions over the next 30 years. The Paris Agreement alone will not accomplish this, meaning that businesses and organisations have a role in leading the necessary change.