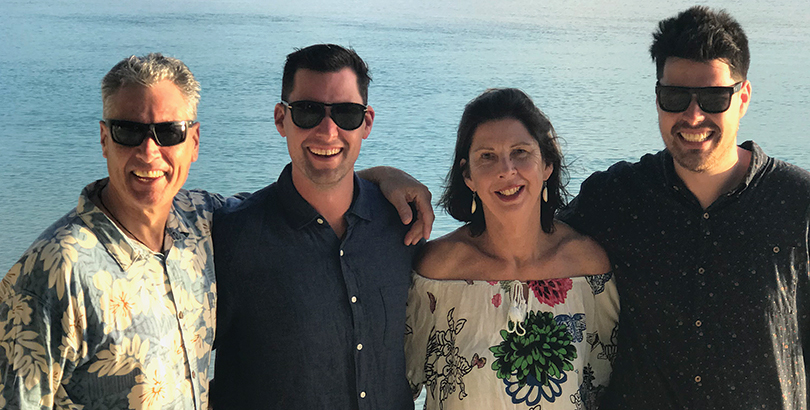 Mike Pohio is the youngest of four children and was raised on a drystock farm at Ōkere Falls, near Rotorua. His father was a captain in the Māori Battalion during WWII, and while on a two-year role in the Graves Registration Service immediately after the war, met Mike’s English mother in Budapest, where she was working as a secretary in the British Foreign Office.

Mike started his schooling at Whangamarino School at Ōkere Falls, then Lynmore Primary School and Rotorua Intermediate, before heading to Hamilton with his mum and attending Hamilton Boys’ High School.

Over his career he has worked in a variety of roles in companies including Allied Farmers, NZ Dairy Group/Fonterra, Port of Tauranga, and Tainui Group Holdings (as CEO). In 2015, Mike became a full-time director with a number of governance roles. He is currently a director on the boards of Argosy Property, Ngāmotu Hotels, NIWA, OSPRI, Panuku Development Auckland, Rotoiti 15, Tai Hekenga, Te Atiawa Iwi Holdings, The Rees Management, and Ngāi Tahu Holdings.

What constitutes a good day?
Having confidence that I’ve made a meaningful contribution to progressing important kaupapa that I have a responsibility for.

One thing you could not live without?
A laugh … nah, lots!

Who or what inspires you and why?
People who I work with and for inspire me. I’m continually amazed at the awesome contributions of some people I have the pleasure of working with. Most often those contributions are made because they get “the why” they are there and, quite simply, it is being focused on the people they represent. In a strictly commercial setting that can be for the shareholders; but in the various roles that I’ve had for iwi organisations, it’s clearly the tribal members’ interests that is “the why”.

Highlight in the last year
Joining the Ngāi Tahu Holdings board. This is such a great opportunity to contribute to those I directly whakapapa to and with.

What is your greatest extravagance?
Travel overseas to do motorcycle tours with my bros-in-law and mates.

Favourite way to chill out? Favourite place?
Listening to music, ideally at concerts.

What food could you not live without?
I don’t get to have it very often, but hāngī probably edges out whitebait fritters.

What meal do you cook the most?
Thai chicken curry.

Greatest achievement?
Two awesome sons: Adam (32) who provides technical support for Shopify, and Kent (34) who is a chemical engineer, currently working on major oil and gas projects in Australia.

Do you have an aspiration for Ngāi Tahu to achieve by 2025?
For Ngāi Tahu Holdings to be voted New Zealand’s Company of the Year for the second successive year.