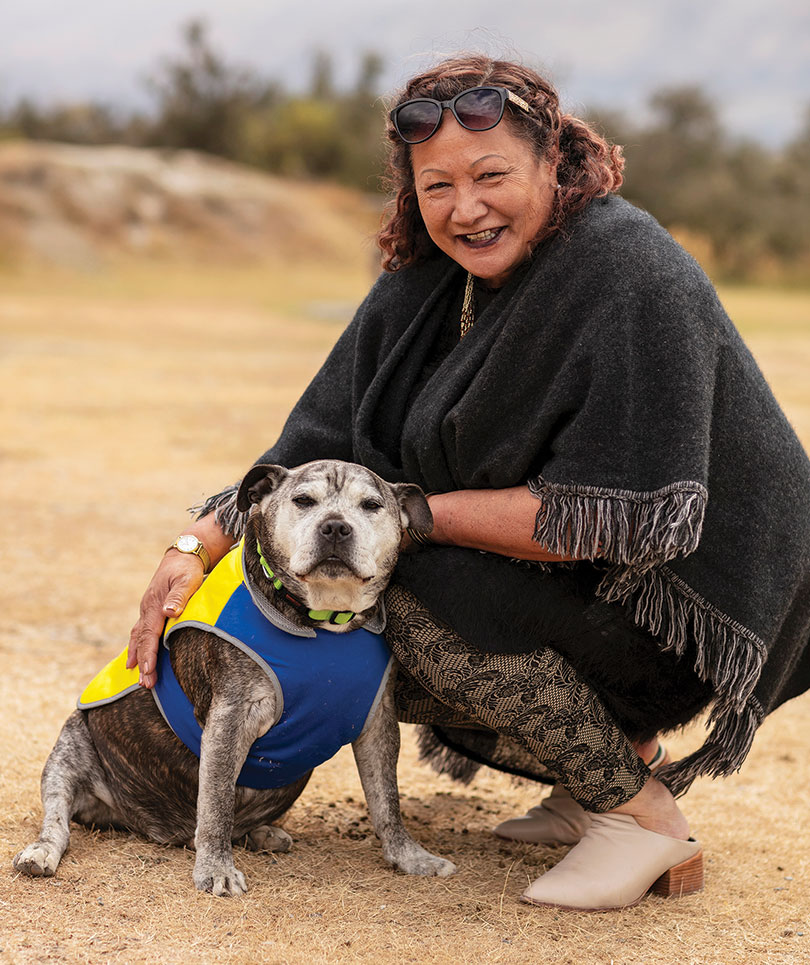 Gwen Bower grew up in Timaru, spending weekends and holidays with her nan in Temuka. Her apprenticeship in the marae kitchen began when she was about nine years-old, and she has been involved with rūnanga business since she was dragged along to a meeting one Sunday about 40 years ago. Today, her role is Arowhenua Marae Manager.

Gwen played netball for Huirapa right from the Midgets through to the Seniors, and the highlight of each season was going to the Māori Netball tournaments. She remembers that’s where you found out who all your relations were, and dressed up to the nines for the evening banquet. “You could always pick out the aunties from Tuahiwi cos they wore bright red lipstick.”

Gwen and her husband Jim have been married for 44 years, and have three children and three mokopuna. She loves cooking and entertaining, and recently started a new project restoring old furniture.

What constitutes a good day?
The sun shining brightly. Taking an early morning walk on the beach.

One thing you could not live without?
My car, and Floyd (two things!).

Who or what inspires you and why?
Mother Teresa – so much humility and kindness.

Highlight in the last year and why?
Getting my car back after it was taken from outside my house – I had a hundred dollar note hidden in my bag, and it was still there when my car was returned.

What is your greatest extravagance?
Having to replace the two sets of keys for the car – they’re the keyless car keys – grrrr!

Favourite way to chill out?
Shopping, people-watching, listening to music.

Favourite place?
My house, my home, my palace.

Dance or wallflower?
Dance … just love watching people, so I could be either (or both).

What food could you not live without?
On Saturdays … lamingtons.

What meal do you cook the most?
Roasts – quick, easy, and never any complaints.

Greatest achievement?
Being a mother.

Do you have an aspiration for Ngāi Tahu to achieve by 2025?
Yes, several! To have increased rangatahi initiatives on the marae and increased numbers of rangatahi attending meetings – especially our monthly meetings. Given that we probably average six under-35- year-old whānau members a month, that shouldn’t be hard to achieve. Increased numbers of whānau owning their own home. To see our succession plans working, and as an iwi, becoming rich in resources and people.