This year marks the 125th anniversary of suffrage, when the fight for New Zealand women to have the vote was won. While only a few wāhine Māori were part of the movement, we know that throughout history, our women have raised their voices and fought for better outcomes for our people. Our Ngāi Tahu wāhine have organised, petitioned, and created change at hapū, iwi, and national level. They are knowledgeable, adaptable, and resilient; taking on the government, the Native Land Courts, leading the Māori Women’s Welfare League, working as cabinet ministers – all while raising the future generation. These are some of their stories. Nā Meriana Johnsen. 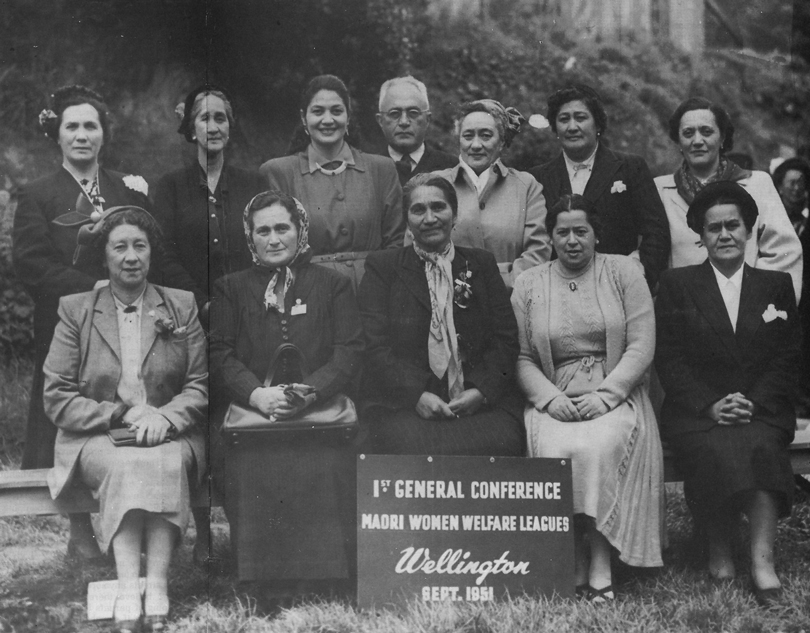 Pushing back at the turn of the century

The most well-known wahine toa of the suffrage movement is Meri Te Tai Mangakāhia, who campaigned in 1893 for Māori women to be able to vote and run for office in Te Kotahitanga, the autonomous Māori Parliament. She argued that many Māori women already owned or administered their land, and that men had not been successful in protecting Māori land.

Meri was invited to put forward her argument to Te Kotahitanga, and became the first woman to address the house. The motion was abandoned because the Constitution of Te Kotahitanga had already been finalised; but four years later, wāhine Māori won the right to vote and stand for parliament.

Only in the last few years has Meri received the national recognition that she deserves. She was among many Māori women working in tribal committees called Ngā Komiti Wāhine, addressing issues plaguing their communities such as domestic violence, alcohol consumption, and the loss of traditional Māori women’s skills. They also raised funds for Te Kotahitanga and worked in several Māori newspapers, where women were encouraged to correspond with one another.

While Māori women were active in Te Kotahitanga, only a small number signed the 1893 suffrage petition and its 1892 predecessor. However, when the suffrage movement became successful with the passing of the Electoral Act in 1893, wāhine Māori took up the opportunity to vote. In fact, in October 1893, Ngāi Tahu women in Dunedin held a hui to thank all those who had helped them win the right to vote, and to encourage women to register to do so.

There are at least four wāhine of Ngāi Tahu descent whose signatures have been identified on the 1893 petition: Mary Cross from Bluff, Jane Driver of Pūrākaunui, and Rora Orbell and her daughter Frances Ada Amelia from Moeraki.

Rora Orbell also dedicated her energy to agitating and petitioning for the retention of Māori land both in and out of the land courts. Rora wasn’t alone in her fight. A generation later, the Ngāti Kurī leader Hariata Whakatau Pitini-Morera Beaton regularly gave evidence in the Māori Land Courts, and fought for Ngāi Tahu to receive compensation for Kemp’s Purchase.

She travelled widely to the major hui and negotiations, and her knowledge of tribal history played a significant part in helping the court to compile the base list of whakapapa of all those Ngāi Tahu living in 1848 at the time of Kemp’s Purchase.

“She was a great fighter for the Ngāi Tahu claims,” Tā Tipene O’Regan says of Hariata, who was a close friend and ally of his grandmother Rena (Ellen) Bradshaw.

Hariata also held and preserved much of the whakapapa of Ngāti Kurī and Ngāi Tahu. She spent most of what she thought were her dying days producing vast manuscripts of traditional knowledge from her hospital bed. These manuscripts have been heavily drawn upon – Tā Tipene remembers poring over them with Hariata’s mokopuna and his close colleague Bill Solomon, long after she had passed.

“He and I often talked about her because of the work we were doing on her papers. She was so large a figure in our lives, we both sort of felt we knew her,” Tā Tipene recalls. “She was completely assertive and confident in her manner in dealing with the power culture of the day.” This confidence served her well as she fought to protect traditional Kaikōura place names, and for the urupā along the coast to be protected.

Following World War II, Māori increasingly migrated to cities as a result of land losses, and in search of employment. Many struggled with finding suitable housing, adapting to a cash economy, poor health, and racism. The Māori Women’s Welfare League was formed in 1951 to address concerns for the health and well-being of Māori, wāhine Māori, and their whānau. 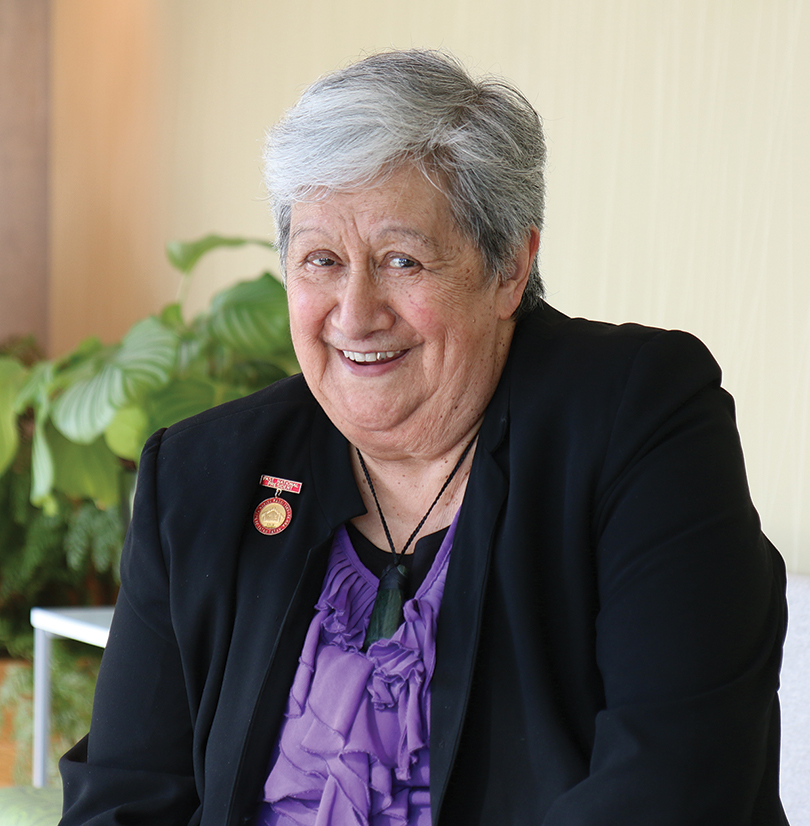 For the last 50 years, Aroha Reriti-Crofts from Tuahiwi has been a passionate member of the League. She joined in 1968 as a single mother of four children, saying, “I decided I wanted something more than just being a housewife.” After a conversation with an Aunty who was “a very staunch league member”, it was decided that she would join the Ōtautahi branch.

Aroha is passionate about learning, and thrived in the League environment.

“I listened to other people talking. I believe the observer learns a lot just sitting and listening and watching, and I learnt all those beautiful things of how to express oneself.”

Aroha’s keenness saw her quickly promoted to secretary. But it was when she first attended the national conference in Auckland that she had a glimpse of her future, watching the then president Hine Pōtaka speak.

“She just blew me away – this beautiful lady – and I thought, ‘One day I’m going to be just like you’ – you dream these wonderful dreams.” 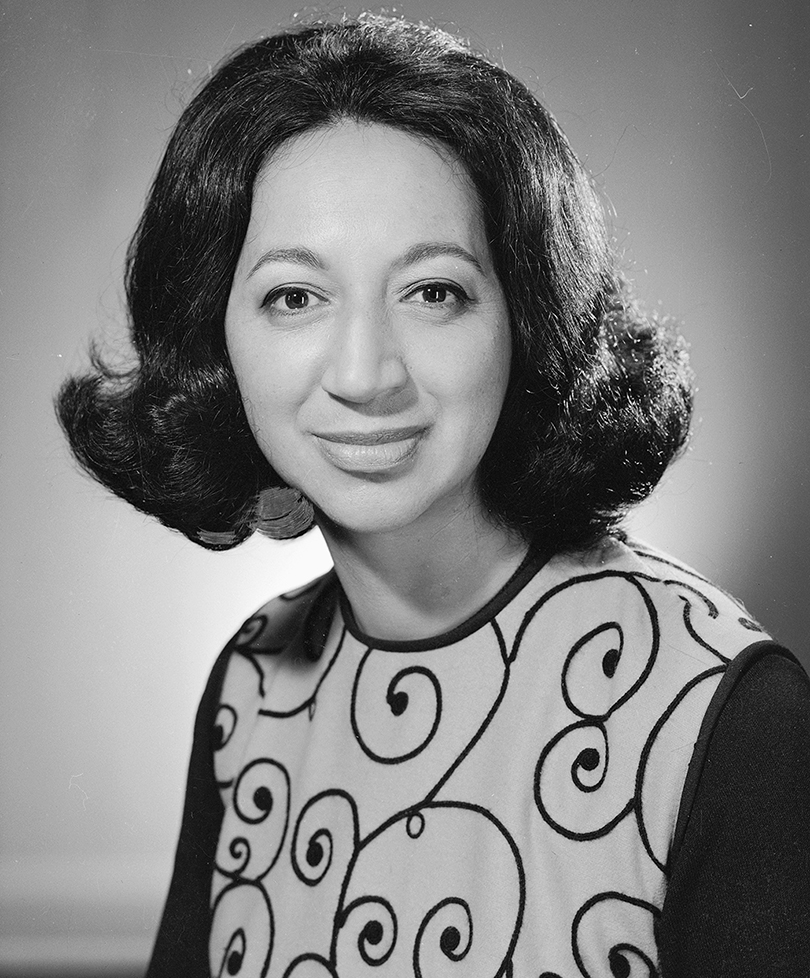 But it didn’t remain just a dream. In 1990, Aroha became president of the Māori Women’s Welfare League. During her time as president, she followed in the footsteps of those before her by focusing on whānau wellbeing. The programme “Kai in the Yard” helped low-income mothers plant and grow vegetables to feed their whānau; while the Mahi ā-Whānau programme helped women use their Māori arts skills to supplement their income by selling their crafts. As a solo mother herself, Aroha faced the stigma of being perceived as “living off the state”, and wanted to ensure that other women had opportunities to support their children.

The League was reliant on women having their ear to the ground in their communities to identify the needs of the women around them. Women would ask for shoes for kids, or pots, or chairs – it was all about providing whānau with the basics of living.

“The need was great, and is still the same,” Aroha says.

Sometimes it would just be about lifting someone up by painting their fence or dressing their bedroom – “just ordinary beautiful little things”. When a woman in prison needed a nice outfit to appear before the parole board, the League network found her one.

For many of the whānau away from their papakāinga and without the support of their own taua, māmā and aunties, the League gave them the skills and support they needed to raise their tamariki.

For the first time, Māori women had a national platform to voice the issues that related to them and their lived experiences.

“So I think it was wonderful that it was decided that women need a platform of their own.”

At 80 years old, Aroha still attends League hui every month. She says she doesn’t want to miss out, because “there is always something exciting happening in the League”. A fierce advocate for passing on knowledge, Aroha still trains the Ōtautahi delegates every year. She has passed that fire on to her tamariki and mokopuna – her only daughter is the national vice-president, and four of her mokopuna are all members of the League.

But to her nephew and Te Tai Tonga MP Rino Tirikatene, she was Aunty. He remembers her as a gifted kaikaranga with “fabulous outfits”. 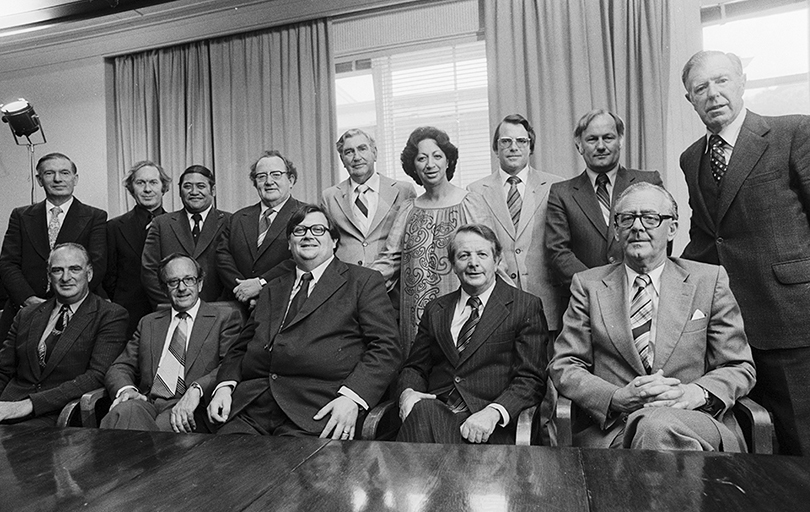 Above: Whetu Tirikatene as part of the Labour Party Shadow Cabinet, first published in the Evening Post and Dominion newspapers.

Whetu’s life wasn’t without controversy – her opposition to the repeal of the Ngāi Tahu Claims Settlement Act 1944 and to the establishment of Te Rūnanga o Ngāi Tahu put her in conflict with iwi leaders. Despite her contentious politics, she still stands as a role model to other wāhine rangatira.

“To be a groundbreaker like Whetu, she must have had very rigorous internal processes to stay focused in moving about and achieving the causes,” Te Rūnanga o Ngāi Tahu Chief Executive Arihia Bennett says.

“Moving through all the challenges of a generally white, conservative society – breaking down all those barriers with both her intelligence and her eloquence to maintain and hold her head up high, despite some of the things she stood for.”

“I’ve always got to be mindful of the great diplomacy that you must exemplify in a role such as [CEO], and for women – and Māori women – the judgement is triple that of men, because of the gender issues, the diversity issues – even women judging other women.”
Arihia Bennett
Ngāi Tahu chief executive

Arihia herself comes from a whānau of wāhine toa who she has modelled herself on. Her mother battled Parkinson’s disease for 18 years – a challenge that didn’t prevent her from completing a Diploma in Māori Health and working as a Tipu Ora Health worker alongside mothers and their pēpi.

Arihia’s English grandmother, Freda Tainui, married into the tribe in the 1940s and lived at Tuahiwi pā. When her first husband was killed in war, she married his cousin and brought up five daughters at the pā.

“My grandmother was quite stoic – as you can imagine, raising five daughters in the Tuahiwi pā north of Christchurch – seen as the heart of Ngāi Tahu back in those days – and she managed and she pushed her way through.” 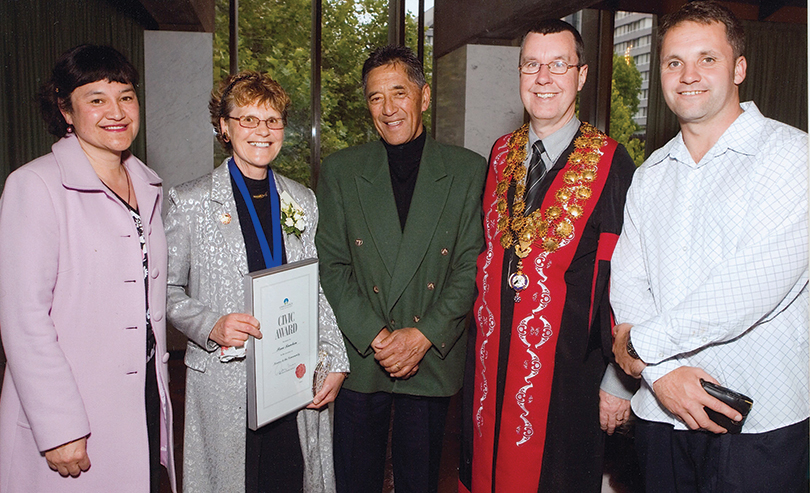 Above: Arihia Bennett (left) with her parents Pani and Tosh (second from left and centre), then Mayor Gary Moore (centre right) and her brother Jamie Ruwhiu (right) after Pani received a Civic Award in 2004.

Arihia has drawn on her grandmother’s example over the years in her role as CEO. It isn’t easy being in the top job, especially as a woman. Arihia says she takes a pragmatic approach, taking time to step back and reflect and look at the options available.

“I’ve always got to be mindful of the great diplomacy that you must exemplify in a role such as this, and for women – and Māori women – the judgement is triple that of men, because of the gender issues, the diversity issues – even women judging other women.”

Ehara taku toa i te toa takitahi, engari he toa takitini – My strength is not mine alone, it comes from the collective

These are just a handful of the women who have stood up for our iwi, our wāhine, and our people. They’re part of a greater network of Ngāi Tahu women who continue to empower each other, and in turn, the wider iwi. Some of these women can be found in the board room or parliamentary chambers, striving to create better outcomes for our whānau, while some of them can be found in our own homes. We all have women in our lives who have influenced, supported, and taught us – and sometimes the greatest teachings are the smallest gestures. 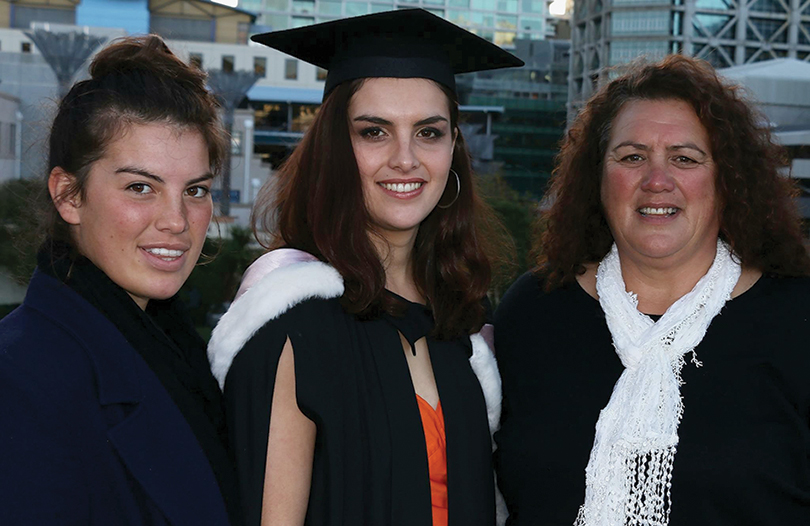 “What I learnt from my grandmother was manaakitanga – how you treat your visitors when they come,” my own mother Moana Johnsen tells me.

“You dropped what you were doing and you had a cup of tea – these people were welcomed in.

“A lot of people that came to see Nana didn’t drink tea or coffee because they were Rātana or they were Mormon; and I remember this clearly because I would be the one that would go up to the shop to get the Milo.

“That was important because if you didn’t have it in the house you went and got it for them”.

Our wāhine continue to inspire and teach us. It may be through leading roles in our hapū or iwi, or it can be as simple as showing us the value of manaaki by offering a cup of tea.