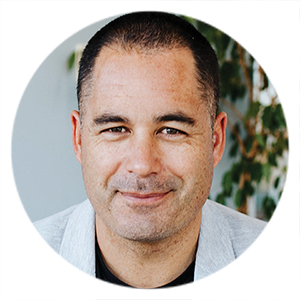 I often wonder whether those who started the Ngāi Tahu Claim could have imagined the fruits of their labours 170-plus years on. Take Matiaha Tiramōrehu for example, a refugee from Kaiapoi Pā, who survived extreme hardship and loss, had every reason to give up, but rather than be defeated was somehow blessed with a vision of a better future and became the founding father of Te Kerēme.

It’s perhaps ironic that his bold vision for his people came from one of the darkest periods in our history. Despite invasion, pandemics, land loss and the resulting poverty, he stood resolute with a vision of a just and fair society where all shared the benefits of a good life. His vision is best captured in his 1857 petition to Queen Victoria:

Could Matiaha, a learned tohunga, have imagined the future he helped shape? Could he have imagined what Ngāi Tahu has become today? Would he see a dream achieved or an unfulfilled promise?

There are many whakataukī stating the importance of knowing your roots in order to know where you are going.

As we start to emerge from our
COVID-19 bubble, we too need to collectively ask ourselves, ‘What’s the kaupapa?’ as we ponder where to from here. I ask myself what would Matiaha do if he was alive today?

The world Matiaha survived has changed, but not disappeared. Economic exclusion is still the norm for far too many whānau.

Inequalities in educational opportunities create inequalities in economic outcomes. Despite high growth in high touch (e.g. health and community services) and high-skill jobs (engineering and ICT), Māori are still over-represented in low-skill, undervalued and underpaid jobs vulnerable to change. The 2018 census shows average peak earnings for Māori are 20% less – highlighting a persistent pay gap that contributes to trapping whānau in poverty and hardship.

Inequity robs whānau of their right to determine their own path, channeling us into certain types of jobs that leave us vulnerable to economic shock. Whānau were disproportionately negatively impacted by the economic reforms of the 1980s, the 2008 Global Financial Crisis, and look set to continue the same pattern again with the current recession caused by the impact of COVID-19.

An equitable future has never been more important given our population demographic – Māori are set to be part of a brown majority in the future where over 50% of our workforce will be Māori, Pacifika or Asian by 2050.

Statistics indicate around half the Māori workforce is likely to be impacted. Of this group 66% work in industries negatively impacted, but this is even more pronounced for rangatahi where that number is 73%.Although the Ngāi Tahu Claim has been resolved, the social injustices that spawned it remain and will continue to plague our future unless we tackle them at their root cause – inequity.

Just as in Matiaha’s time, systemic bias and structural racism have locked us out of high value opportunities and the right to truly determine our own destiny. But COVID-19 has created a portal to a new future.

Imagine a world where systemic barriers are eradicated and in their place we enjoy an authentic Treaty partnership with the Crown, with each hapū having their own spin on how that works for them. Imagine our tamariki fluent in te reo, living in their culture, gathering kai in regenerated waterways and supported throughout their learning journey by an education system that has removed barriers and re-wired itself for Māori success. Imagine a journey of lifelong learning that ensures we are never vulnerable again, one where all whānau are exercising their rights to meaningful employment, eradicating income inequality and poverty.

An equitable future has never been more important given our population demographic – Māori are set to be part of a brown majority in the future where over 50% of our workforce will be Māori, Pacifika or Asian by 2050. The 2018 census shows the Māori workforce grew by 50% between 2013-2018. That’s an extra 105,000 Māori in just five years. Our younger and faster growing age structure means we are the backbone of Aotearoa’s future. Put simply, the future is Māori!

Our fate as an iwi was transformed by visionaries like Matiaha Tiramōrehu who dreamed of a better future for their mokopuna. They didn’t live to see this become reality, but they were a key force in shaping our present reality.

Ironically, our future prosperity lies in fulfilling the original intent of his early proclamations of the Ngāi Tahu Claim, a vision of an equitable future where all may live their best life. Despite the looming crisis and economic harms facing Māori, we too can emerge from COVID-19 stronger than before. The question facing us today is what kind of future do we want to leave for our mokopuna? Are we content to return to the status quo or do we wish to seize the opportunity to create a better world? If it’s the latter we need to think like Matiaha and be the kind of ancestor our uri will remember in 170 years’ time – the ancestor that changed the world.