He Whakaaro
Do you have to be a racist to do racist things? 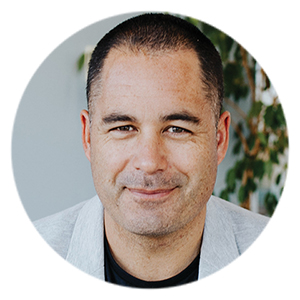 When I think of the future I want for my mokopuna, I imagine one free of racism, prejudice and the barriers that have kept us in the headlines of all the bad statistics and rarely in the good ones. Whether it is Judith Collins playing the racial division card to get votes, Tauranga Ratepayers Alliance’s booing of a mihi, or the online rants of keyboard warriors like Eagle Brewery’s David Gaughan, it’s clear we still have work to do in Aotearoa. A big part of the challenge is that most people don’t see themselves as racist despite exhibiting racist behaviour.

Have you ever had someone come up and rant to you? In my experience, they always seem to start with the words, ‘You’ll probably think I am a racist, but …’ and always seem shocked when they see my blank face staring at them before answering, ‘Yes, yes I think you are a racist’.

Part of the issue is how we view racism. Many liken racism to hate speech between individuals (like a skinhead screaming racial abuse). Educator Ann Milne describes this as overt socially unacceptable racism. Although unacceptable, it is not the only kind – nor the most damaging, in my opinion.

What is more common, but harder to identify, are the less visible types of racism within our schools, workplaces, government agencies and society in general. I am talking about covert racist practices that impact our everyday lives and have become so normalised in society they are almost invisible.

I recently heard Dr Hana O’Regan speak on the whakapapa of racism in our education system going back to the 1890s, when – after seeing the successes of educated Māori leaders such as Sir Apirana Ngata, Sir Maui Pomare and Te Rangi Hiroa (Sir Peter Buck) – successive governments deliberately created policies to lock Māori into ‘menial labour’. These ideas were purposely embedded in the culture, policies, structures, and practices of our institutions and a one-day Treaty course or unconscious bias workshop doesn’t magic them away. Racism needs to be surgically removed like the cancer it is.

A concrete example of socially acceptable racism is the practice of streaming in our schools – the grouping of tauira into classes based on their perceived ability. Research shows streaming is a hugely damaging practice that disproportionately impacts Māori and Pasifika. In 2019, one third of tauira Māori were not in a full NCEA mathematics course, locking them out of higher education, higher incomes, and the jobs of the future before they have left school – breaching our rangatiratanga as they are told ‘you cannot’ rather than ‘you can’.

As frustrating as the fight to end racism is, the recent commitments to teaching the history of Aotearoa gives us the opportunity to educate the next generation about the injustices of the past and give them the tools to move into the future.

Streaming is a concrete example of a racist practice that has touched every whānau in Aotearoa, yet despite being recognised as such internationally, it is still very much the norm here today.

If you are sustaining a racist practice (consciously or not) it doesn’t really matter because you are actively holding racism and inequality in place. That’s just not fair. I recently heard unconscious bias (a trendy new term for racism, to make racists feel better) compared to a rangatahi getting run over by a car and having both their legs broken. Whether the driver was conscious or not was an important distinction for the driver, but didn’t matter much to the rangatahi with two broken legs. You don’t have to have racist intent to have a racist impact.

Judith Collins, the Tauranga Ratepayers’ Alliance, and David Gaughan are all examples of overt socially unacceptable racism in Aotearoa: the last of a dying breed threatened by efforts to right the wrongs of our past and address inequalities. As Ruth Bader Ginsburg said, ‘When you’re accustomed to privilege, equality feels like oppression’. Despite their defence, they seek to continue treating unequal people equally.That’s a form of oppression, and it needs
to stop.

Our outrage at overt racism is justified but we need to be just as careful of the covert forms racism takes, which have become so normalised we struggle to recognise them for what they are. Part of our challenge is the words we use to identify racism; inter-personal racism (between individuals), internalised racism (when we the oppressed believe in white supremacy), institutions, structural and systemic racism (when racism is operating at a societal level and embedded in the cultural norms, values, rules, and regulations at large).

Maybe we should turn our heads to our own reo for inspiration. Kaikiri is the Māori word for racism, which literately refers to the devouring of one’s skin – a good description for the overt inter-personal racism, but what of the sneakier kinds? Mauhara is perhaps a better term for the covert racism as ultimately it is about sustaining historic injustices and holding prejudice, racism, and inequality firmly
in place.

As frustrating as the fight to end racism is, the recent commitments to teaching the history of Aotearoa gives us the opportunity to educate the next generation about the injustices of the past and give them the tools to move into the future. Personally, I am sick of hearing bad statistics and the racist rhetoric that holds them in place. I believe we, too, need to prepare our next-gen leadership to tear down racist ideas, practices and structures and replace them with our own mana motuhake solutions. With mana motuhake intent, we can achieve our own mana motuhake impact.