During Waitangi weekend I was fortunate enough to attend a two-day workshop in Christchurch entitled the “Six Figure Farming NZ Tour”. Two Canadian micro-market gardeners shared their stories and skills on how to successfully run two very different yet very profitable small-scale organic vegetable growing operations. The term “Six Figure Farming” comes from their realisation that it’s possible to make more than $100,000 per acre in gross income with a general profit margin of around 40–60%. 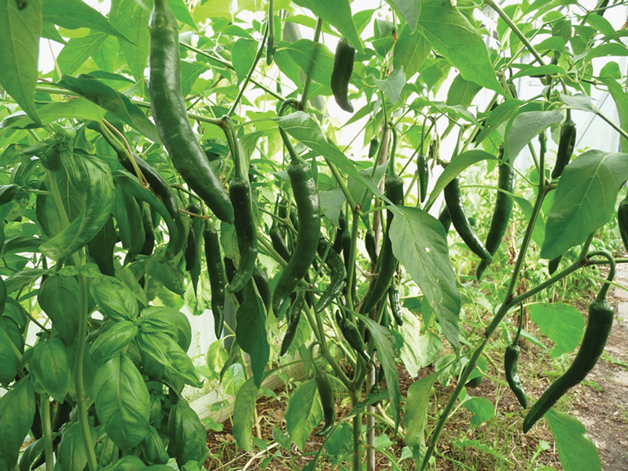 Jean-Martin Fortier and his wife Maude-Hélène Desroches bought their farm Les Jardins de la Grelinette over 15 years ago in Québec, Canada. Today it is a world famous three-acre micro-farm showcasing what can be done with biologically intensive gardening. Interestingly, only 1.5 acres of the farm is in actual vegetable production. From this small area they are able to gross around $140,000 per year with a profit margin of about 40% after they have paid their two full-time employees. This is enough financially to sustain their family of four and have a three-month holiday each year to escape the harsh Canadian winter. Right from the beginning, their focus has been on growing better instead of bigger, by using an intensive bed-based system, for example. Apart from the two tunnel house areas, the rest of the property is divided into 30 metre-long beds that are 75 cm wide, with 45 cm gaps between them to allow people to walk between and work the beds. This compact bed system avoids the need for a large financial investment in a tractor and the gear to go with it. Also, it allows intensive planting of crops, as the soil is never compacted. This means the roots are free to go straight down – they can have five rows of carrots per bed. They do use a small two-wheel walk-behind tractor, which can have multiple cultivation tools attached to it depending on the need. In this way, crop production space is maximised – unlike large market gardens with mechanical cultivation, and tractors requiring wide rows for access, thus wasting a lot of space. With the farm only an hour from Montréal, they use a combination of selling at a farmers’ market and a Community Supported Agriculture (CSA) scheme, whereby members can get a weekly box of vegetables for a fixed price. These sales channels help maximise their financial returns. 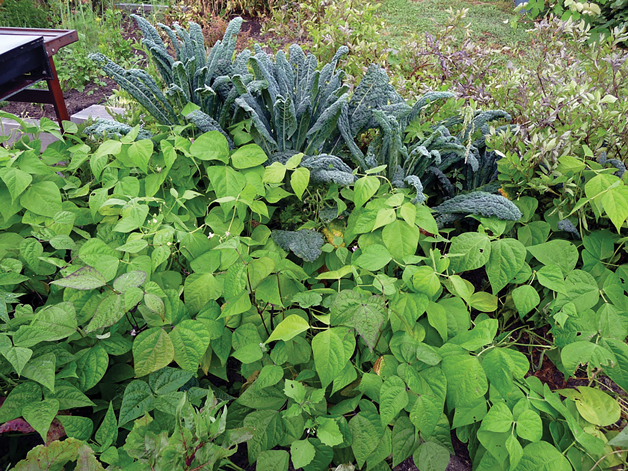 [Curtis Stone] started off by leasing front and back yards and unused plots of land, mainly from people who were just happy to have the land used for something productive and therefore charged minimal rent. 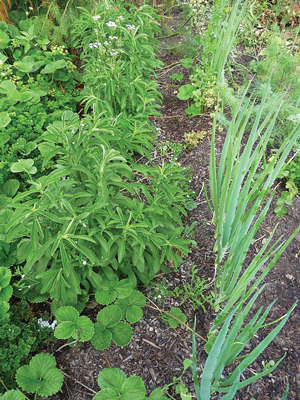 On the other side of Canada in the province of British Columbia, fellow gardener Curtis Stone has developed a very successful micro-farming system in Kelowna, a city of just over 100,000. Curtis started his intensive organic gardening business Green City Acres in 2010, and by 2012 was growing over 22,000 kg of food annually on less than an acre of land. From this, he was earning $80,000 with very few overheads. The impressive part of this gardening operation is that he started off by leasing front and back yards and unused plots of land, mainly from people who were just happy to have the land used for something productive and therefore charged minimal rent. This avoided any need for the large financial outlay of purchasing land in an urban area. Like the Grelinette farm, Green City Acres also features the intensive bed method. However, Curtis’ paths are only 25 cm wide, to help maximise productive space. Curtis uses weed matting extensively in the paths and around the non-productive areas of a garden, thereby virtually eliminating the need for weeding. 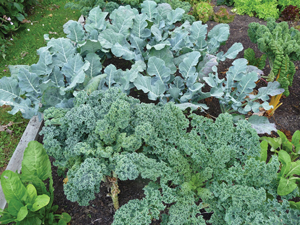 Beds being prepared for planting are worked with a two-wheel tractor and topped with compost before being covered with tarpaulin for a week or so. When the bed is uncovered, the weeds have germinated. A flame weeder is then used, which heats plant tissues just enough to kill them before planting crops. In this way weeding is kept to a minimum, as the vegetables are tightly planted and out-compete any weeds. Curtis has been so successful that he is now overwhelmed by offers of surplus land, particularly since developing a plot of land in a rough neighbourhood that has resulted in a decrease in crime and an increase in property values, rental returns and more people wanting to live near the garden.

Curtis grows mainly leafy green vegetables with only a few root crops like carrots and radishes, as this allows for a quicker turnaround. He targets restaurants that will pay top dollar for fresh organic produce, and sells the rest at a farmers’ market.

So what do these two successful garden enterprises share in common?

1. Every aspect of their work and production is very detailed, and is planned in advance.
2. Both ensure they have the right gear and facilities to grow and process the food, e.g. washing facilities, cool storage, etc.
3. Both buy in compost and other organic certified fertilisers when needed.
4. Both share the general philosophy that 80% effort is good enough when it comes to gardening, while aiming for 100% yields. 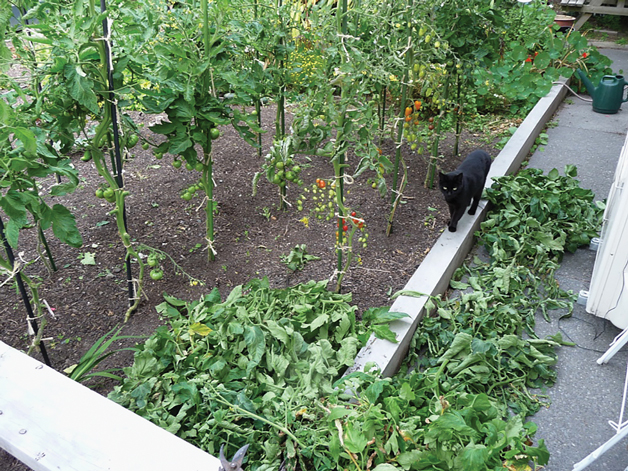 One of the more specific tips I picked up is the need to be ruthless when pruning tomatoes, with only the top third of the tomato plant allowed to have any leaves on it. This exposes the fruit to extra sunlight to help with ripening (more of a problem in Canada than Aotearoa usually). This also allows space for interplanting new crops underneath the tomatoes. Usually I keep the lower third of my tomatoes free from leaves, but this year I bit the bullet and took off another third, exposing very few tomatoes. The spring and summer seasons have been unseasonably cold here in Christchurch with a late frost in early December, after which I planted out my tomatoes (a month later than usual) only for them to be shredded by a hail storm a few days later. 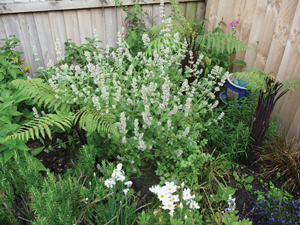 Normally, I would plant lupins as a cover crop under tomatoes come autumn, but as I have decided to re-arrange my garden into a bed system, I will refrain from doing that this autumn. In the meantime, leeks need to be planted as deep as possible to get a long white stem. It’s also time to plant out more of the usual autumn favourites for winter harvest: broccoli, cauliflower, cabbages, Brussels sprouts, kale, silver beet, cavolo nero, spinach, and winter lettuce.

Online 10-week self-study course where Curtis Stone teaches everything you need to be successful in urban micro-gardening:
http://profitableurbanfarming.com