The past cold and wet spring, autumn, and winter has got me thinking about the extreme climate events happening on our planet, and the debate swinging between global warming and the next mini ice age.

The sun is currently going through its usual decline in sun spots as part of its 11-year solar cycle of increased and decreased sun spot and solar flaring activity. Some scientists now speculate that the sun has entered a prolonged period of very low sun spot activity which will lead to a mini ice age like the “Maunder Minimum”. This event, also known as “the prolonged sunspot minimum”, was experienced between 1645 and 1715, when there was a drop in average temperature of around 1.5–2°C. There is some debate over whether it was just the prolonged drought of sun spot activity that caused this temperature drop, or whether it was in combination with increased volcanic activity at the time (or maybe low sun spot activity increases volcanic activity), changing ocean currents, or the Earth’s axial tilt. This is a scientific debate that remains to be settled, and probably won’t be any time soon. 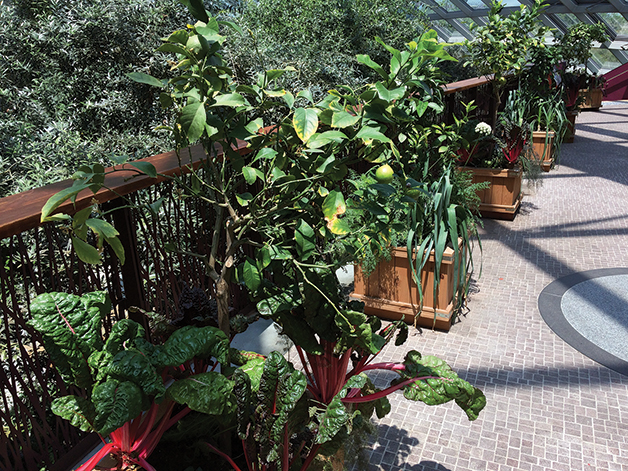 Above and below: Silver Beet growing in containers in Garden by the Bay, Singapore, which are housed inside a colossal glass conservatory that is kept cool to grow temperate climate plants from all around the world.

As the weather becomes more extreme, food security for personal and whānau health increasingly becomes an issue, and as such the ability to grow kai in one’s own māra has never been more important health-wise and financially.

What is known is that when the climate becomes colder, with more extreme rain, frosts, wind, and drought, it is harder for humans to grow the food we need to support ourselves, as was evidenced by the death of millions in the last mini ice age in Europe. In Aotearoa we are all familiar with cold periods and large rain events pushing up the prices of vegetables and fruit as they become inaccessible to harvest and/or so damaged they are left to rot.

As the weather becomes more extreme, food security for personal and whānau health increasingly becomes an issue, and as such the ability to grow kai in one’s own māra has never been more important health-wise and financially. The good news is that even if we are heading into a mini ice age for the next couple of decades, there will still be the usual four seasons, but just not as warm and settled as we would like on average.

The past few springs in particular having been colder than average, but that is no excuse not to get into the māra now that the weather is starting to warm up. I have turned my māra into a bed system, which means I can avoid walking on growing areas and compacting the soil. In spring I use the garden fork to loosen the soil without turning it over, to help maintain its structure. This is followed by a dressing of dolomite lime, rock mineral fertiliser, and finally a layer of compost. In the tunnel house I dig the top 10cm of soil out and spread it on the outside māra, before spreading lime, mineral, and compost fertiliser. In the tunnel house in early spring, I am going to focus on an early crop of lettuce, and herbs like parsley and coriander. I will interplant tomatoes, cucumbers, capsicums, and chillies later in the spring when it is warm enough.

One of the first vegetables I plant in spring is silver beet, and while it may seem common and plain, it is a superfood with a dazzling array of nutrients. It is an excellent source of vitamins A, C, E, and K, as well as being high in B1, B2, B3, and B6. It is great for important minerals like magnesium, calcium, copper, manganese, potassium, iron, zinc, and selenium; and is a very good source of dietary fibre, choline, folate, pantothenic acid (vitamin B5), phosphorus, and protein. It is also a powerhouse source of phytonutrient antioxidants like beta-carotene, lutein, and zeaxanthin; as well as health-giving flavonoids like syringic acid, quercetin, and kaempferol. Many of these antioxidant phytonutrients provide silver beet with its colourful stems, stalks, and leaf veins. 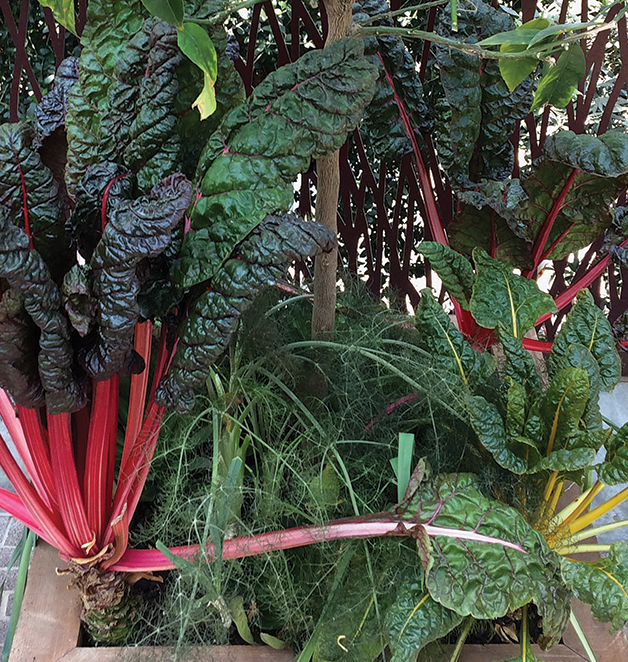 I remember my grandmother’s garden being full of silver beet, and being force-fed it as a child – I detested the taste of it at the time, but my grandmother lived to be 90. When I was diagnosed with cancer I remembered this and thought if it was good enough to help keep her alive, then it would probably work for me. Call it dumb luck, serendipity, or the hand of God – no matter what the reason, without the copious amounts of silver beet I ate and juiced in the first few years of my ongoing recovery from cancer, I don’t think I would be here today. Interestingly, studies have shown that silver beet is great for the pancreas, as it helps to regulate blood sugar levels and has even been shown to have the ability to help pancreatic cells regenerate.

I plant silver beet in early spring, and this can be done by seed or by seedling from a garden store. The general rule of thumb is that seeds need to be put as deep in the soil as the size of the seed, which is about 10–12mm in the case of silver beet seeds. I always put at least 2–3 seeds in each hole, and if there is more than one that sprouts, I thin them out later on, leaving the healthiest one to grow. Because silver beet grows to a decent size, there needs to be around 30cm between seeds planted, as well for the row distances. This always looks far too big in the beginning, as it takes them about 2–3 months to mature, but with regular watering and liquid fertiliser, silver beet can carry on producing leaves for quite a few months.

For a super health tonic, silver beet can be juiced with other green vegetables like broccoli and/or wheat grass powder, which I then mix into a nettle tea to help make it more palatable (who am I kidding … this is where the term “grass muncher” comes from). Silver beet is great lightly steamed and eaten with taewa, or chopped and put into a stir-fry or quiche, where it still delivers all its health benefits, but its taste is disguised somewhat.

Grand Minimum – The Sun is Going to Sleep
https://www.youtube.com/watch?v=7whL9jvdL5s

Weatherman’s Guide to the Sun
http://stickmanonstone.com/product/weathermans-guide/

Why “Global Warming” Failed & Why Climate Change is Real
https://www.youtube.com/watch?v=5c4XPVPJwBY

The Next Ice Age – An Introduction to a Possible Shift Soon
https://www.youtube.com/watch?v=UuYTcnN7TQk