Historian Harry Evison and the pursuit of truth 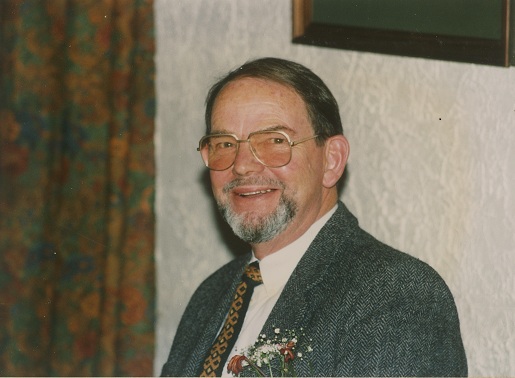 “He asked me to write a booklet summarising the Ngāi Tahu Claim so I did,” says Harry.

The booklet was called Ngāi Tahu Land Rights and the Crown Pastoral Lease Lands in the South Island of New Zealand. Not the catchiest title ever, but important nonetheless, it was first published in 1986, followed by a second edition in the same year and a third edition the following year.

Aimed at a general audience, the book was the first in a series called Ka Roimata Whenua and was published, as Tā Tipene says in the foreword, “to redress in some degree the Northern ‘warp’ in the history of the Māori Land issue”.

He went on: “Ngāi Tahu are blessed that Harry Evison has been willing to prepare this first volume. His interest in the subject dates back to his 1952 thesis on the Ngāi Tahu land issue. That he now has the time and energy to embrace the concerns of our people is a gift we are deeply grateful for. He represents an important strand in New Zealand’s history — the Pākehā writers and men of affairs who have indignantly protested against the domination of Māori culture and the injustice over land for more than a century… He writes about Māori pain from the perspective of his Pākehā roots and with the tools of Pākehā scholarship. It is right that he should, for this book is aimed at a Pākehā audience. That he is able and willing to do so reflects something important about this country — something of the hope about what we might yet become.”

For his troubles, Harry Evison was paid $1000. “Tipene got the board to pass a resolution giving me $1000 and insisted I take it,” he says. The money was well spent, much of it on a leather satchel which Harry has to this day. It has been through the mill, he says.

What followed that meeting of course was Wai 27 and the hearing of the Ngāi Tahu Claim by the Waitangi Tribunal. And Harry Evison was a vital witness for Ngāi Tahu during those hearings.

Going toe to toe with the Crown could be daunting, but Harry relished it. “Harry used to love a good argument,” says his wife Hillary.

“But I had to be on my toes with the tribunal,” says Harry. “If I didn’t know the answer, I would say I didn’t know. It was impossible to bullshit them.”

Harry’s style was to uncover original documents and present them as incontrovertible evidence. Queen’s Counsel Paul Temm, who was senior counsel for Ngāi Tahu during the Claim hearings, called this “showing the body”, after a saying in legal circles based on convincing a jury in a murder trial.

It is hard to believe now, given the steady flow of books from Harry the historian and the role he played in convincing the Waitangi Tribunal that Ngāi Tahu had been cheated by the Crown, that he left school to work in insurance.

Harry was born in Beckenham, Christchurch, in 1924, and went to school in Christchurch and Wellington. After World War II began, he enrolled in the Royal New Zealand Air Force as a radar mechanic and was posted north of Papua New Guinea. He served in the air force for three years, and came home to complete a Bachelor of Arts in history at Victoria University before training as a teacher.

It was his upbringing in Christchurch and his family connections that would shape his later life, although, when Harry completed his thesis for a Master’s degree, he was simply looking for the truth.

“It had always puzzled me that Ngāi Tahu were down and out. The orthodox idea was that Māori just couldn’t cope with civilisation, and that was based on the idea of a clash of cultures. Supposedly when two cultures came in contact, the weaker would wither away. You don’t hear much about that now, but it was all the rage from the 1940s until the 1970s.”

His mother’s sister Freda married Arthur Couch, from a prominent Rāpaki family, and Harry’s exposure to RāpakiMāori had him questioning that prevailing theory.

His Aunt Freda was a big help, he says. “She took me round in her old car to meet some of the Tuahiwi elders. They told me things about the Claim that I hadn’t heard before, and confirmed that Ngāi Tahu were cheated of their land.”

Harry called his thesis The Canterbury Māori and the Land Question’. He says the prevalent opinion was characterised by the then head of Canterbury Museum, Roger Duff. According to Duff, Tuahiwi Māori, “in the face of civilised society, just sort of wilted and couldn’t cope”.

In fact, as Harry’s thesis made clear, Ngāi Tahu had been prosperous and took to trade with Europeans with alacrity.

“In the first place I asked myself why Ngāi Tahu at Rāpaki were so down and out, and yet at one stage they had the run of the country. When I started to look for answers, it became obvious that they had been cheated out of the land.

“They coped very well until their land and other mahinga kai was taken away from them. When Ngāi Tahu were put off the land, things started to go wrong.”

But Harry’s thesis sank without trace, collecting dust on a shelf at the University of Otago library while he and his new wife Hillary moved to Tikitiki on the east coast of the North Island, where Harry taught at the Māori secondary school.

He fell out with the principal and the couple moved back south, to Reefton, for five years. Harry then taught at Linwood High School, before becoming a senior lecturer in history at Christchurch Teachers’ College followed by a couple of years at the University of Otago.

The couple returned to Christchurch in 1985, the same year the Lange Government passed an amendment to the Treaty of Waitangi Act, which allowed historical claims to be lodged with the Waitangi Tribunal, and paved the way for the Ngāi Tahu Claim to be heard. Harry had retired, but his time had come.

He continued to publish on the theme of Ngāi Tahu and the history of Te Waipounamu.

In 1989 he received a Queen’s Service Medal for his work in fostering Māori-Pākehā understanding, and in 1996 he was awarded an honorary Doctor of Letters from the University of Canterbury. His book Te Wai Pounamu — The Greenstone Island won the New Zealand Book Award for Non Fiction in 1994.

Harry re-examined colonial history in The Ngāi Tahu Deeds: A window on New Zealand History, published in 2006, and looked in particular at the 10 Ngāi Tahu deeds by which the Crown acquired land in Te Waipounamu from 1844 to 1864. Harry’s aim in writing the book was to “restore the integrity of the Ngāi Tahu historical record”.

His book New Zealand Racism in the Making: The Life & Times of Walter Mantell, published in late 2010, took aim at Walter Mantell, the Crown agent who, from 1848, worked on securing land for the Crown. Mantell was seen as a friend to Ngāi Tahu but in Evison’s view, this was a sham; although it took some time to uncover Mantell’s disingenuous actions.

“The only thing I would change (in his original booklet for the Ngāi Tahu Trust Board) is that I was too soft on Mantell,” says Harry. “He said he was sorry for what he had done and did his best to put it right. That is bullshit.

“In my last book I put Mantell on the mantelpiece and shot him down. He didn’t try to put anything right. He tried to cover his tracks. When I wrote that booklet, I hadn’t seen the government papers which showed Mantell to be a thorough rogue. He died in 1895 and he hadn’t renounced his bullshit story about the Claim.”

But it wasn’t about making Mantell the villain; it was, as always for Harry, about putting the story right.