As the first chief executive of Te Rūnanga o Ngāi Tahu, Sid Ashton was the man credited for the solid foundations which have stood the iwi in good stead.
Kaituhi Mark Revington reports. 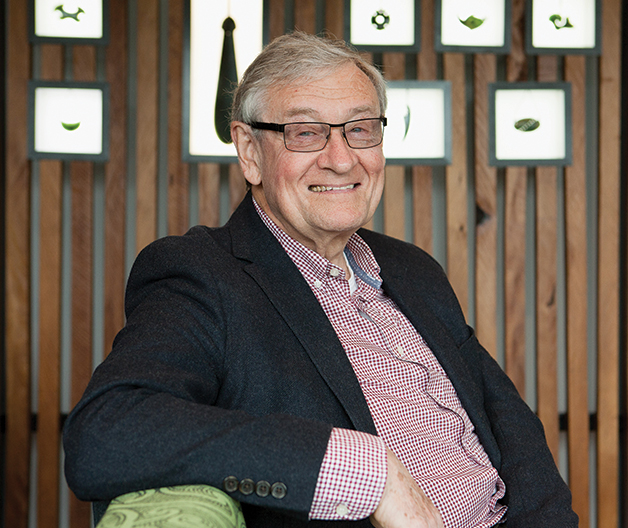 “When I started, it was Mark Solomon’s grandfather Rangi who was the Kaikōura representative on the trust board, so I have known three generations of Solomons.”

And just like that, Sid Ashton neatly sums up the years of history that have rolled through his career.

Some can’t call him Sid or Sid Ashton. It is always Sidney Boyd Ashton, the three names rolling out with equal weight on each. That’s the way kaumātua Trevor Howse always refers to him.

“If there is ever someone Ngāi Tahu needs to build a monument to, it is Sidney Boyd Ashton,” says Uncle Trevor. “ Without him we would have been broke so often it isn’t funny.”

Mention this to Sid Ashton and he brushes off the acclaim.
He reckons he just happened to be around as history was being made.
His association with Ngāi Tahu began back in 1963 when his accountancy practice – Ashton Wheelans – bought a Kaiapoi practice with the Ngāi Tahu Māori Trust Board as its major client. He was appointed board secretary in 1963.

I have to say during those negotiations, we were getting right to the end and we were going to get the first right of refusal on Crown lands and Doug Graham had agreed to that, and then Rik Tau said, ‘Well, what about letting us have it now?’

At that stage Frank Winter was chair, and the trust board was Sid’s landlord. It met four times a year, and its office was a poky affair next to the TAB in Kaiapoi. “I learnt a lot from Frank. He was a great guy and a very clever man,” Sid says.

In his early years at the helm, the Claim or Te Kerēme was always present in the background, Sid says, and there was an expectation that it would be heard one day. “It was never far away and we were always gathering funds for that day. At that stage, there were no employees.”

Eventually the trust board moved into Ōtautahi, to a building in Armagh St owned equally by the board itself and an advertising company, and then to the former Reserve Bank building in Hereford St, which has since been demolished in the wake of the Christchurch earthquakes. Sid Ashton was secretary of the Ngāi Tahu Māori Trust Board until 1993, when he became the board’s chief executive, and then Te Rūnanga o Ngāi Tahu, following its creation in 1996.
He stayed in the role until 2002.

It was very much business as usual until Te Kerēme was heard by the Waitangi Tribunal. While it was obvious that Ngāi Tahu had been greatly ripped off, the Crown needed to find a politically expedient settlement. The tribe was united in pursuing that goal, he says.

“Oh yes, a proper scrum was put down. Everyone clung together and there was just one goal, and that was to get the settlement and that was very hard work, especially at the beginning when we were talking to Doug Graham. We spent a year not getting anywhere at all. We had Stephen O’Regan and Doug Graham debating points and enjoying themselves hugely, while the rest of us sat there and wished we were at home. Then negotiations broke off.

“But Stephen (Tā Tipene O’Regan) made the Claim. There was no doubt about that. He was the man for the job. I say that wholeheartedly. He drew the troops together and without him… well who knows. But he did the job. He has a highly intellectual brain. The others had the Claim at heart. His first lieutenant of course was Sidney Ashton. Someone had to look after the finances, and that was my role.”

Fascinating times? Sid Ashton nods. “In life if an opportunity arises, you should always take the opportunity. And this was an opportunity. After all, here I was, a partner in an accounting firm with a reasonable income and a good set of clients. I could have kept going for years, and suddenly I am offered this position which may have been great and it was, but might have easily gone in the opposite direction.”

He was never tempted by the safe option. Working with Ngāi Tahu looked like a great opportunity and he took it. Who wants to be the accountant who does the corner store accounts all his life? Not Sidney Boyd Ashton. “I’ve never regretted it. What a great journey.” 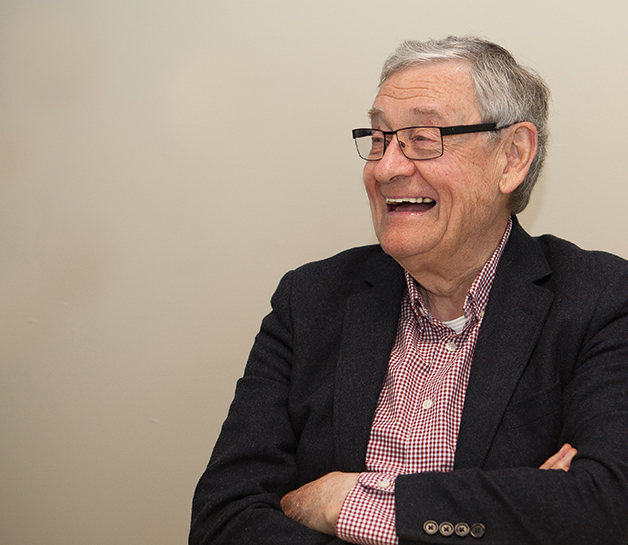 At times, the trust board ran short of money while pursuing the Claim. Sid remembers the board selling a block of Wellington flats to provide more capital. Then came the famous day when the Crown offered a deposit on the settlement. The Trust Board, almost penniless at the time, debated whether to ask for $1 million or $2 million. Sid Ashton asked for $10 million on the basis that an offer can always be lowered but there is no going up from a starting point. He was successful, and reckons jaws dropped when he got back with the news.

“I have to say during those negotiations, we were getting right to the end and we were going to get the first right of refusal on Crown lands and Doug Graham had agreed to that, and then Rik Tau said, ‘Well, what about letting us have it now?’
“Doug turned to the government official behind him and said, ‘Will that be all right?’ This bloke was completely flustered. He went red and said yes. What he should have said was, ‘I think, Minister, we should wait a while and let things settle down,’ but he didn’t. So we had the right of first refusal, and we started to buy and sell.

“We bought and sold land around Canterbury and Otago with settlement on the same day, so we never had to put a shilling into the deal but we kept the profits. We did this over and over again, mainly in Otago and Queenstown. It was a great source of capital when we really needed it. Rik Tau was to thank for that. Rik and the flustered official.”

Property, Ryman Healthcare shares, and the iwi’s charitable trust status are three factors that helped make Ngāi Tahu the powerhouse the tribe is today. Sid Ashton played a role in all three. Property to a lesser degree, although it was his foresight that secured the Wigram Air Force Base, which has done so well as the Wigram Skies development.

The Ryman shares?” John Ryder was a partner in the accountancy firm and he had an idea for a healthcare company targeting the elderly. Sid had to tap the ANZ bank for a loan to buy the Ryman shares, but Ngāi Tahu was getting in on the ground floor and he thought it was worth it.
“John Ryder of Ryman Healthcare was a partner in our firm. He got sick of being a chartered accountant and said to himself, ‘I am going to be an entrepreneur’.”

His partner was Kevin Hickman who was at that stage in the police force and sick of it, so they bought the YWCA building just by Cranmer Square, and they began to put people up there. That was their first venture. They got into various businesses and then they bought a healthcare business and they started to work out their plans. I became one of the first directors in Ryman. I thought it was a good time for Ngāi Tahu to get in, at the bottom. But it was always about the people. And that was it, my investment was in the people, and therefore Ngāi Tahu came in.”

Sid’s other great contribution to the future wellbeing of the iwi was its charitable trust status. It was Sid Ashton and his partner John Wheelans who came up with the idea. They had experience with charitable trusts, and thought the iwi was a classic case of a charity.
“We both said this is the thing for Ngāi Tahu. It is a charity for a whole lot of people. To this day I remember Tipene saying, ‘When we are a big boy, we will pay big boys’ taxes.’ John and I thought, ‘That’ll be the day.’ We put our case in front of the Trust Board itself and they all said, ‘Yes please, we’ll have one of those.’”

He resigned as chief executive in 2002, but stayed on as a consultant until 2004, and has recently been seen in Te Whare o Te Waipounamu. It was a tremendous ride, he says, although that wasn’t always apparent at the time.

“Well it’s life-altering. It’s not until you get older that you realise how fulfilling it was. At the time, trying to run an office with employees and all the rest of it and trying to fight this thing at the same time… we did a lot of work in the weekends and I’m afraid my wife and kids suffered.”

And the fact that he was Pākehā and the first chief executive of Te Rūnanga o Ngāi Tahu? There is a large sigh. “It didn’t concern me in any way because I don’t think I was treated any different. I was obviously trusted. I had been there a long time.

“I made a great number of friends during my time with Ngāi Tahu, many of whom have passed on. I will never forget them and their friendship.”

His one stated regret is that he didn’t take the time to learn te reo Māori.
“I should have learnt the language,” he says. “It is my one regret.
I thought I had too much to do.”