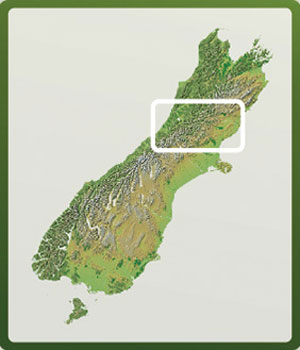 Before the migrations of Ngāi Tahu into Te Waipounamu from Te Whanganui-a-Tara and Wairarapa, the manawhenua (tribal authority) over the pounamu resources of Te Tai Poutini were in the hands of Kāti Wairaki, a people originally from Taranaki. The Wairaki trade in pounamu was along ancient routes up the Poutini coast into the Nelson area over what is now known as the Heaphy Track and then by sea north to Whanganui. The route then went up the Whanganui River to Lake Taupō and then north and east into the North Island’s main trading centres. Eventually the progressive military alliance of Kāi Tūhaitara and their allied hapū of Waitaha (Canterbury) over Kāti Wairaki re-directed the flow of pounamu trade over Nōti Taramakau (Harpers Pass) and down the Hurunui River to the east coast of Te Waipounamu, and particularly to Kaiapoi Pā which became a major trading centre as a consequence.