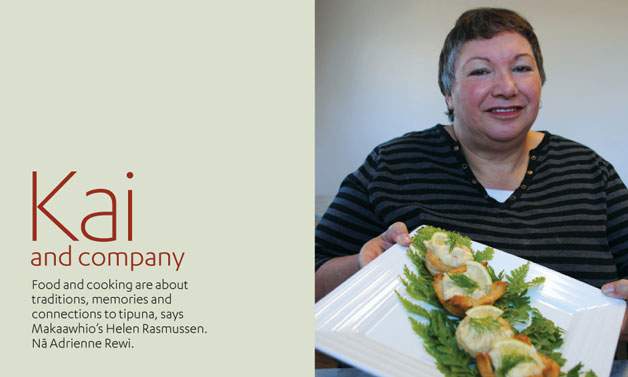 Helen Rasmussen has cooked so many whitebait patties she could probably do it blindfolded. Beating eggs, stirring in “a shake” of flour, folding in the whitebait, and cooking up a batch of crisp, golden patties is all in a day’s work at the Grumpy Cow Cafe at the Haast Food Centre.

“Whitebait patties are a West Coast icon. We cook them every day here and I’ve been going whitebaiting for as long as I can remember – from the time I could hold a whitebait net. My parents had a whitebait stand on the Manakaiua River north of Haast, and we’d always go whitebaiting with them,” Helen says.

Helen grew up at Hunts Beach in South Westland before the days of electricity, learning to cook on a coal range. “The first thing I ever made on my own was scones. I never cooked with electricity until I was in my twenties and my own daughter was about seven by then.” 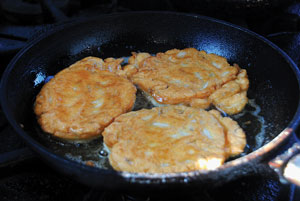 Before taking on the Grumpy Cow, Helen and Ian ran a venison recovery operation with helicopters, then a commercial fishing business. Helen took over the boat with a one-man crew for three years, braving the wild West Coast while Ian went back to the helicopters.

Cooking is important to Helen, but it’s about much more than simply enjoying being in the kitchen. It’s a quiet, reflective time for thinking about traditions and kaumātua, childhood memories and connections to the past.

“I was really privileged to grow up among our kaumātua and to learn the traditional way of doing things, including how to survive off the land and the sea. Every spring tide our Dad took us musselling; every summer we went eeling; every September we went whitebaiting. We learned about catching birds and what plants to eat in the bush. It was all about food gathering and learning how much to take to ensure we always had a reliable food supply. I still think about all that when I go whitebaiting now, or when I’m cooking traditional kai.” 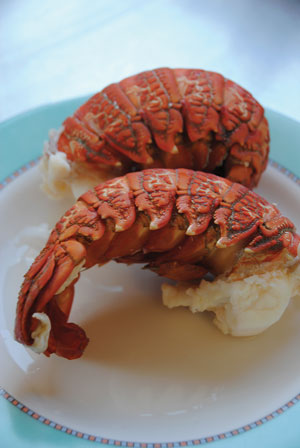 Helen moves about the Grumpy Cow kitchen, preparing whitebait batter and shelling crayfish for the crayfish mornay vol-au-vents she’s famous for in these parts. Almost as an after-thought, she mentions that she won the 2011 area whitebait challenge and went on to compete against 5-star chefs in the finals at Shantytown, near Greymouth. She made a whitebait pattie stack for the finals, along with her father’s favourite, loose, garlic-infused whitebait presented on a bacon and potato rosti. She didn’t win, but finished in the top three, who were separated by just two points.

‘They were all professional chefs. I’m not. I regard myself as a slap-up cook, not a fancy cook. I think a lot of fine dining now is all about reputation and food snobbery. It’s pretentious, less real. To me, food should be a pleasurable experience and that goes way beyond taste and presentation. It’s about the company you share it with and the memories it triggers. For me, the enjoyment of cooking is as much about who you are cooking for.”

Ian and Helen sold their whitebait stand on the Okuru River last year, and now go whitebaiting on the Haast River so they can be closer to their business. They had a bumper season this year, measuring their catch by the bucket rather than the kilogram.

“Usually half a bucketful is a good day but Ian’s best day this season was three or four buckets. We freeze our catch and use a lot of it in the cafe. When I was a kid though, the refrigerated Tip-Top truck used to come down to Haast once a week to collect the whitebait catch and all us kids were given a carton of 12 Tutti-Fruitti bars and a litre carton of icecream. We didn’t have freezers, so we had an icecream feast once a week.”

The pastry vol-au-vents, crispy bread cases and the whitebait patties all take shape around talk of the fish and chip shop she ran in Hokitika in the 1980s, and the continuing pleasure she gets from harvesting and cooking for others.

“For us, it’s always been about food gathering of one sort or another – that and connecting back to your tipuna. When I was at school I had North Island friends who got all their seafood from the supermarket. They’d never gathered watercress. I couldn’t understand that. Food gathering is an important part of our culture.” 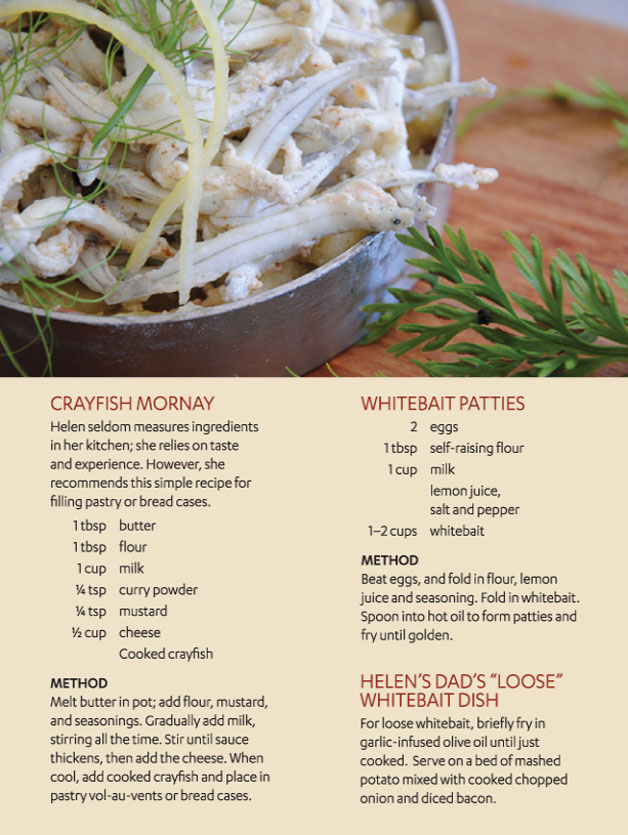