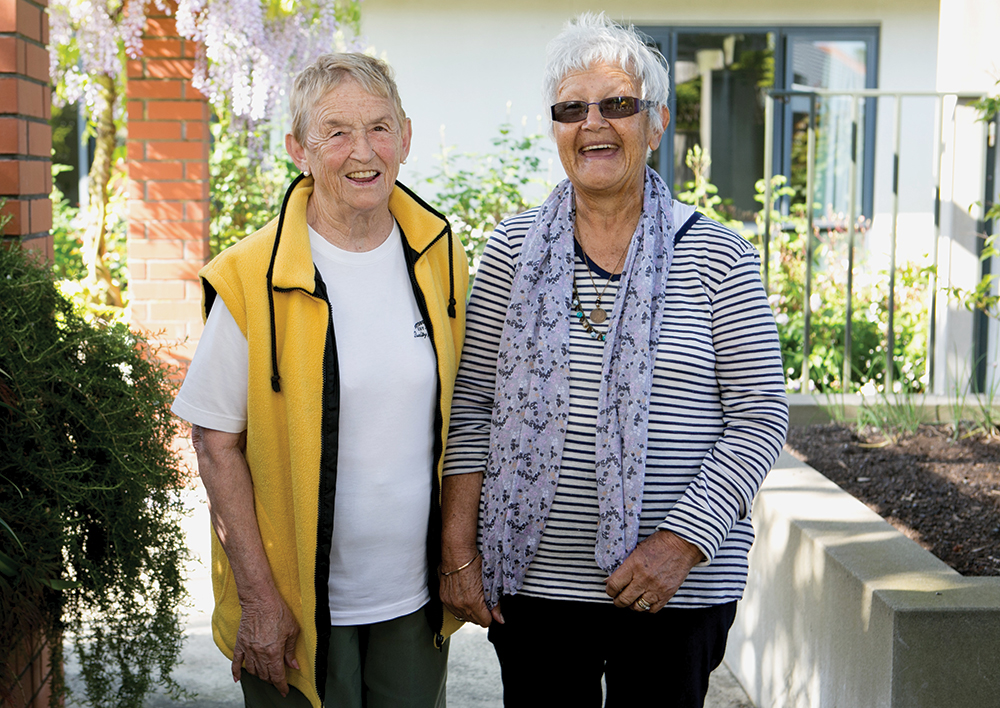 Our tribal philosophy, For us and our children after us, summarises the forward-looking perspective that sees the iwi focus on development for our tamariki, rangatahi, and young families; on creating opportunities that ensure that the future looks ever brighter for generations of Ngāi Tahu to come.

But with an ageing population, there is also a growing need to ensure we support our kaumātua, the very people who have enabled our iwi to continue to thrive.

Irihāpeti Bullmore (Kāi Tahu, Ngāti Kahungunu, Ngāpuhi) is a clinical assessor for kaumātua in the community, working for the Canterbury District Health Board. It’s a role she feels passionate about, as it offers an opportunity to make a real difference in the way health services are delivered to Māori communities.

Irihāpeti says the mainstream health system often fails our kaumātua, due to the health disparity between Māori and Pākehā.

“One of the major issues is that we have more complex health [challenges], which means someone with three or more illnesses, like diabetes, heart failure, arthritis, gout, or associated strokes,” Irihāpeti says. Also, Māori begin presenting with these conditions much earlier than Pākehā, meaning that appropriate care should already be available for the 50+ age group.

For Irihāpeti, the solution to these underlying issues is a unique taha Māori system of care. “Our kaumātua don’t automatically trust a GP just because they’re wearing a white coat,” she says. “They feel vulnerable, so we embrace te reo and the Treaty and rangatiratanga. We want them to understand the power of their own health is still in their hands, and that they have the autonomy to make informed decisions.”

Feedback from her clients suggests that there is a need for a kaupapa Māori care model that includes options for supported living, rest home care, hospital care, and end-of-life care services that are connected to the community and to whānau.

For this to happen, she says, collaboration between the District Health Boards, iwi, and communities is key. “You have to have the medical clinicians alongside taha Māori,” she says. “Our workforce capacity is not robust enough to do it all. If we can do it all one day, then I’ll retire!” 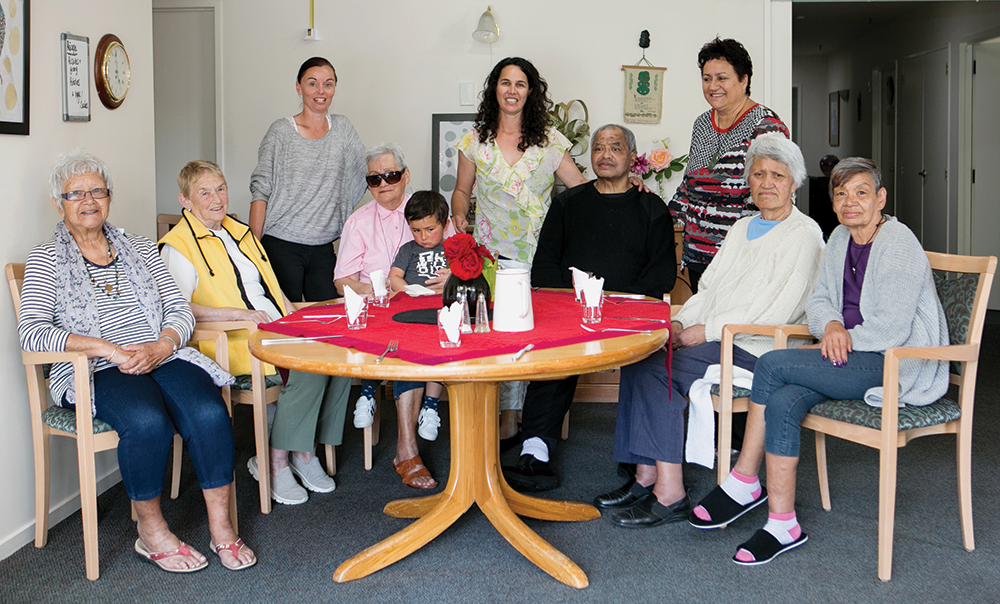 Te Rūnanga o Ngāi Tahu Chief Executive Arihia Bennett is committed to making a health collaboration happen. “Historically, the first port of call has been the government public system,” she says. “But the beauty of being an iwi should mean a much larger family support on top of government support.”

Whare Tiaki, a recently-opened supported living facility in Ōtautahi, provides a model for a successful collaboration between mainstream health services and kaupapa Māori providers. When the Christchurch Methodist Mission completed the redevelopment of their retirement village, WesleyCare, they wanted to offer an eight-bedroom villa from their old premises for use as a facility for Māori kaumātua.

“I rang Iri when I heard we could have the whole villa,” says Lynne Te Aika (Ngāi Tahu – Ngāi Tūāhuriri), whose mother is one of the occupants. “I got Iri because I knew she had all the kaumātua networks and contacts.”

In conjunction with the Christchurch Methodist Mission, Lynne Te Aika and Irihāpeti spread the word about this opportunity, and worked tirelessly to get Whare Tiaki off the ground. In August of this year, seven excited kaumātua moved into the whare, and as Irihāpeti says, it has been “eyes on” ever since as kaupapa Māori support workers and whānau work together to ensure that this first example remains a success.

Whare Tiaki offers care at the level of supported living. “It’s for those kaumātua who are in good health and want to maintain their mana motuhake,” says Lynne Te Aika. “We were looking for those tāua and pōua who were living alone, who might just need that little bit of help.”

Private bedrooms with ensuite bathrooms give the residents of the whare the independence that Lynne Te Aika speaks of. Kaiāwhina provide support by preparing two meals each day, cleaning the whare, and facilitating group activities and outings when necessary. A support worker from Access Community Health visits regularly to provide basic medical support.

“I’m more free. I just sit down and my meals are put in front of me. I’ve been on my own since my husband passed away, and I don’t cook anymore. I was still having meals but I really wasn’t eating properly, just noodles and things. Just having that little bit of care, and knowing that you’re okay, you’re safe.
“I’m so pleased that we’ve got people, we’ve got one, two, three people who speak fluent te reo. So we hear it all the time. It’s just good having it around us and keeping to that. That there is the difference as far as I’m concerned.”
Phyllis Papworth
Ngāi Tahu – Kaikōura
Whare Tiaki resident

The oldest resident of the whare, Sylvia Gillard (Ngāi Tahu – Waihōpai), says that she absolutely loves her new home. “I was living in a kaumātua flat at Rehua Marae, and then the whole house got flooded out just after I decided to move and I thought, oh well, it’s destiny! It’s delightful having other people around. It’s just lovely and I’m happy.”

Fellow resident Phyllis Papworth (Ngāi Tahu – Kaikōura) agrees. Having wanted to move to Christchurch for some time, she was excited when she received a phone call telling her about the opportunity – so excited that she travelled to Christchurch the very next day to view the house and secure her place. “I saw it and I liked it straight away,” she laughs. “It’s just an answer to my prayer; it’s what I always wanted.”

For Sylvia and Phyllis, the benefits of a supported living style of care are clear. They are both in good health and remain active in the community, but wanted to minimise the responsibility of maintaining their own household and alleviate the risks of living alone.

“It was pay day yesterday,” says Phyllis. “If I was still up in Kaikōura, I would have been running around paying bills, but I didn’t have to. It’s just awesome, that’s the only thing I can think of to say!”

“And we can get out and about. I play bowls twice a week, and we’ve taken up tai chi on a Monday,” Sylvia says. “And the bus is just up the road, which is a miracle. Just get on the bus, Gus!”

“I’m free here,” Phyllis says simply. “I’m more free. I just sit down and my meals are put in front of me. I’ve been on my own since my husband passed away, and I don’t cook anymore. I was still having meals but I really wasn’t eating properly, just noodles and things. Just having that little bit of care, and knowing that you’re okay, you’re safe.”

This comment from Phyllis touches on what is perhaps the most significant benefit for all of the kaumātua living at Whare Tiaki: the simple fact that while they still have their own living spaces, they are no longer living alone. “It’s the companionship,” says Phyllis. “Everybody here, we’ve made friends with each other, even though we respect each other’s space. We’re all different, so we all have our little quirks. And I suppose being the age we are, we’ve all got stories to tell. That’s what I like about it.”

“We all know where we’re at and we’re all there to help,” says Sylvia. “It’s those little things which mean a lot.”

“We had happy hour last Friday,” laughs Phyllis. “We were playing euchre and we were all trying to sing and our voices were cracking up. But we still had a good time!” 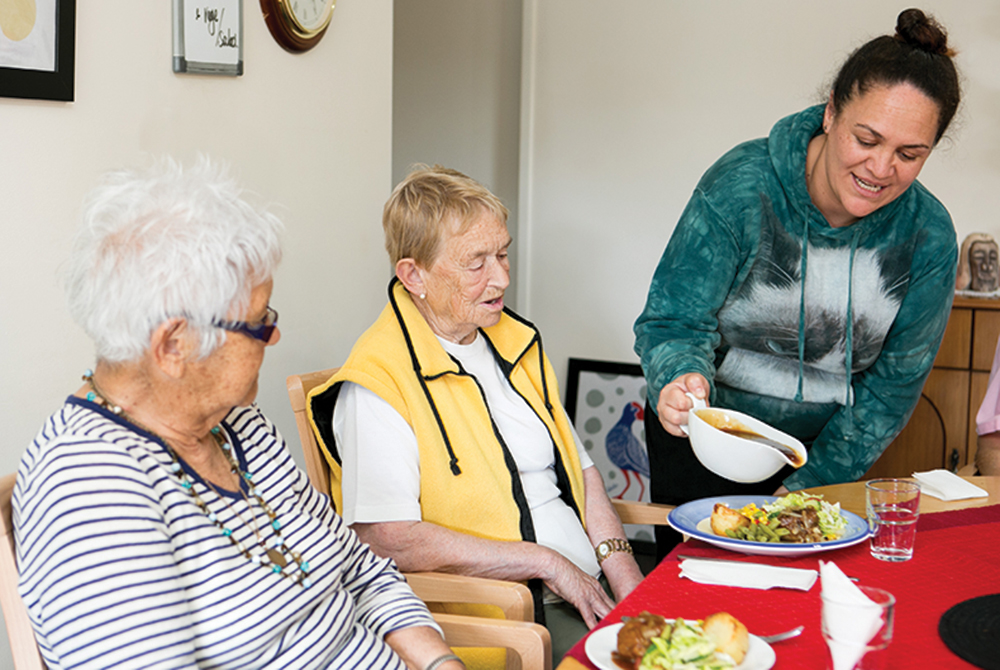 Kaiāwhina Willow WiParata assisting Sylvia and Phyllis with their kai.

And of course, the icing on the cake at Whare Tiaki is the taha Māori that is woven through everything, from karakia said before meals, to the simple demonstration of values such as manaakitanga and whanaungatanga. “It’s been really great to bring in the kaupapa Māori model,” says Irihāpeti. “The kaumātua have been out practicing mahinga kai; they’ve connected to different marae and settings around Ōtautahi. That’s the difference of having that extra taha in our model. Mainstream services still can’t fathom what that is, and yet we live it.”

For Phyllis, a recent trip to Birdlings Flat and outings collecting watercress have been particularly special, but the real highlight is in the house itself. “I’m so pleased that we’ve got people, we’ve got one, two, three people who speak fluent te reo. So we hear it all the time,” she says. “It’s just good having it around us and keeping to that. That there is the difference as far as I’m concerned.”

Phyllis and Sylvia speak for themselves and the other occupants of Whare Tiaki when they say that the initiative has been a resounding success. “I think they should start another one,” says Sylvia. “I’ll tell them. Make as many as you can!”

Both kaumātua have whānau in Christchurch, but they say they prefer the independence that supported living gives them. “I’ve got three daughters living here,” says Phyllis. “And they’re all working, they’ve all got grandchildren. The days where you go and live with them are over. I can’t see myself living with them; I prefer to be like this. Not because I don’t want to live with them, but because I feel that those days are past. I feel more independent here.”

This is something Lynne Te Aika understands well, as her mother also chose to move into Whare Tiaki rather than with either of her children. “She didn’t want to live with me, because she’d be home alone all day while I’m at work,” Lynne Te Aika says. “You might think that the whānau are not looking after their kaumātua, but actually it’s that the kaumātua are wanting something the whānau can’t provide.”

This is something that Irihāpeti sees regularly through her work at the DHB. “We need to break down the myth that our kaumātua have a whānau support system,” she says. “They have whānau who love them, we’re not denying that; but often they don’t have whānau who have the capacity to provide the support that breaks down isolation, depression, frailty, and poor health.”

It’s early days, but so far Whare Tiaki has been a resounding success for the residents, their whānau, and the dedicated team of administrators and kaiāwhina. But according to Irihāpeti, this is just the beginning. “I describe it as the tip of the iceberg, because our main need that I see is actually hospital care, palliative care, and rest home care,” she explains. “The challenge for us now is to continue this model and keep pushing the boundaries around what taha Māori looks like.”

“What we’re doing here, it’s trailblazing, to make others stand up and be accountable,” says Irihāpeti. “I don’t know if our kaumātua here realise it, but just by being here they’re making other people accountable, and that’s really exciting.”