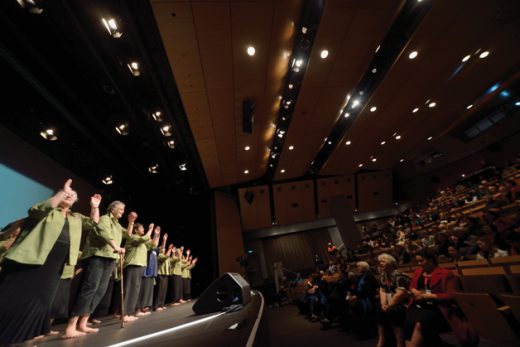 The Murihiku kapa on stage at Te Papa.

Two Ngāi Tahu kaumātua kapa haka, from Tuahiwi and Murihiku, supported by the Ngāi Tahu Fund, joined 10 kapa with about 300 performers aged between 50 and 98 at the New Zealand Post Kaumātua Kapa Haka at the Museum of New Zealand Te Papa Tongarewa in Wellington.

They were celebrating the 100th anniversary of the Native Contingent landing at Anzac Cove, Gallipoli, with haka and waiata from the First World War era.

The Kaumātua Kapa Haka festival was part of a series of events at Te Papa to celebrate Matariki.