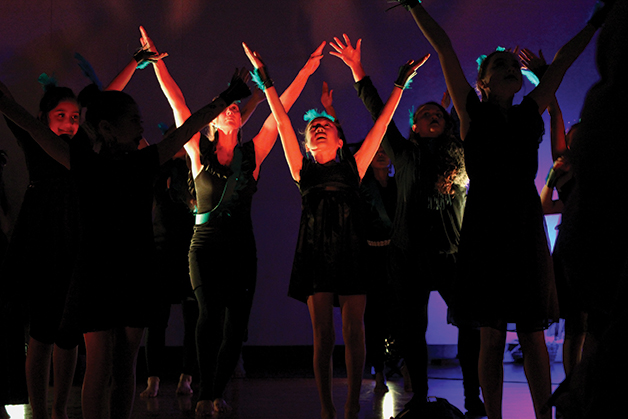 Louise Pōtiki Bryant (Kāi Tahu – Kāti Taoka) is invariably described as one of New Zealand’s most exciting Māori choreographers. Her biography describes her as a choreographer, dancer, and video artist. Since graduating from the Unitec Department of Performing and Screen Arts with a degree majoring in Contemporary Dance, she has amassed an astonishing body of work, including choreography with Atamira Dance Company, the dance group she founded with Unitec colleagues in 2000; dance works for groups such as Black Grace and Curve, and award-winning solo works like Nohopuku – dreams of space shifting.

A favourite is Ngāi Tahu 32, created for Atamira and based on her tipuna, Wiremu Pōtiki, whose kaumātua number in the Blue Book is 32.

An ongoing collaboration with Professor Te Ahukaramū Charles Royal, director of Ngā Pae o Te Māramatanga and Professor of Indigenous Development at the University of Auckland has produced a community project; Whakaahua: coming to form which draws on Charles’ research into whare tapere or traditional houses of entertainment.

When TE KARAKA caught up with her, Louise was on her way to Te Ana Māori Rock Art Centre in Timaru to perform her work Te Motutapu-o-Tinirau. The work is based on a Ngāi Tahu version of the story of Tinirau and Kae, a very old story with links back to Polynesia.

Te Motutapu-o-Tinirau is 40 minutes long and features 20 performers of all ages, with music by Louise’s husband and collaborator, Paddy Free. Louise developed the work in collaboration with Rua McCallum while based in Dunedin as the Caroline Plummer Fellow in Community Dance at the University of Otago. It was first performed at Toitū Otago Settlers Museum during the Puaka Matariki midwinter festival, and features a video, Whakakā Nei, made in collaboration with Jeremy Mayall. The work developed during her time in Dunedin, drawing on the idea of whare tapere. “For that time as the Fellow I developed a community dance project and worked with my whānau here. The idea is to try and engage people of all ages in this type of dance, so the main aspect is the idea of bringing people together.

“We portray the story through haka and dance and a bit of story telling, trying to make it accessible for people. I wanted to bring what I learned through working with Charles Royal back home to Otago and create a southern whare tapere.

“There are some differences and the idea in taking the work to Timaru is to create a whare karioi, or a traveling troupe.”

In 2016 Louise will travel to New York as the result of winning the Harriet Friedlander residency at the 2014 New Zealand Art Awards. The prize of $80,000 will enable her to be fully absorbed in dance in New York.

“The plan is to go from April to October next year but we will stay there as long as we can make the money last. It is an amazing place to go as a choreographer and dancer because there is so much going on. At the moment I am really excited by the prospect.

“I will be trying to make connections before I go and lots of people have told me about their contacts. The last person who got the award warned me to expect the unexpected. It will be the complete opposite of what we are used to.”

Louise grew up in Dunedin, where she identified as Ngāi Tahu and learnt kapa haka. The passion for choreography came later.
She completed a Bachelor of Arts at Otago University, majoring in Māori Studies, and then moved to Auckland to complete her dance degree at Unitec. Home now is Piha, the wild beach west of Auckland.

Louise is also prolific in video and has a long association with Ngāi Tahu singer and songwriter Ariana Tikao. Her video for Ariana’s single, TUIA, was named Best Music Video at the imagineNATIVE film festival in Toronto, Canada. She has made three dance films, Whakaruruhau, Aoraki and Nohopuku.

She has collaborated with other artists, including Rachael Rakena. She teaches yoga and dance. In short, she is amazingly productive, and humble. Retaining that passion is paramount, she says.

“I have been quite prolific. I’m never short of ideas and it is good to keep creative, to keep the well filled.”