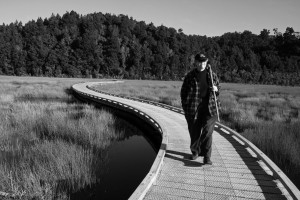 You, rāwaru, have survived our predations. We have sought and slaughtered you since we arrived in the south. We love you!
Or, rather, we love your taste and excellent food values…
There is this raruraru going on about schnapper (I’ve read so many different spellings that I’ve accrued them all in that version).
It entirely bypasses the woeful commercial fishery history in the North Island and — in a truly cynical political move — attempts to wind up the amateur fishers.
I’ve eaten really fresh snapper —they are a gorgeous-looking fish, and they make equivalently wonderful ika ota, and even better fresh-smoked snacks.
But —I am a Southern fisher —
I learned all the essential matters about fishing, being a fisher, from my uncle Bill Miller at Moeraki.
He and his mate, Tui McNeill, had built a crib round at the kaik’ bay and from the time I clearly remember things —about from when I was 10 — the beach and the crib was soul=home…
I learned how to row a wooden (beautifully made) 12-foot dinghy out through the reef entrance; how to haul up an anchor-line, which could seem endless to 12-year-old arms, and to always watch the waves. I had spent hundreds of hours on Moeraki reefs and beaches and taught myself some basic ecology long before it was a topic in the common sense.
And I had learned a kind of hierarchy of desirable food.
We knew there were toheroa around. (I was told where, after I had started to menstruate. I’ve never used that knowledge.) We collected the usual — especially mussels, kina and pāua. But what we targeted was
BLUE COD –

It is not a cod.
It is not blue.
Fresh-caught on a line, it is a wonderful greenly blue. As it dies, it fades, eventually to grey, with pinkish areas —
We were catching fish before refrigerators — let alone deep freezers — were available.
What you did with those vibrant wonderful fish was + eat them fresh or
+ smoke them —
Eating fresh then was easy: then, you made a batter with flour and your own hens’ eggs and thinly coated the whole fillets and fried them in beef fat…
Smoking them — the blue cod — was a highly competitive game.Brine? Brown sugar? Rum? Exotic spices? How long to marinate? How long to air-dry? Mānuka or tōtara sawdust?
All I remember was that it tasted wonderful, especially with my Nana’s white sauce.
It wasn’t until my late 20s that I learned about ika ota (it was basically lemon juice, very finely-chopped spring onion and red pepper and coconut cream then) and learned, ten years later, that fish tasted better batterless…**

Dear blue cod: you have taught me so much! I’ve learned your touch, your movements, that you shoal in age groups, that you are more than beautiful and much more than just tasty to humans — for me, you are the mark of the southern seas and I love you dearly — long may you range and long may you thrive!