Lest we forget the medals and memories 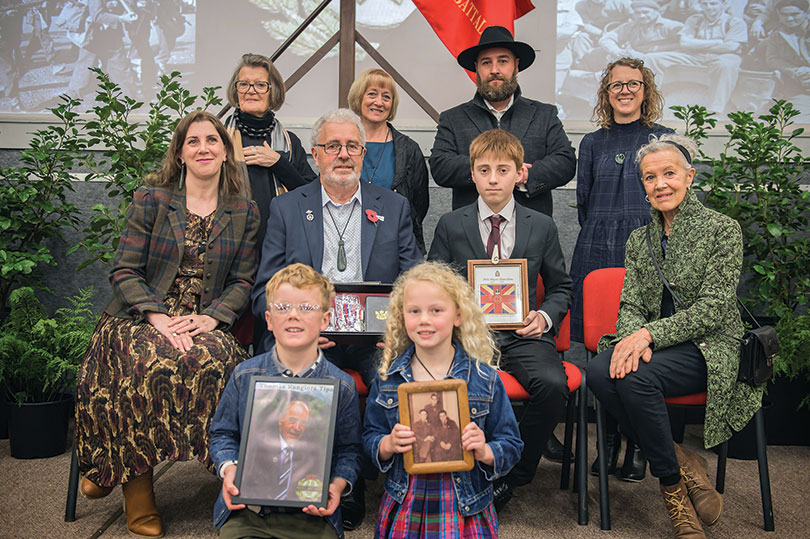 At the end of World War II, service medals were awarded to the soldiers who served in the 28th Māori Battalion.

On a warm November morning, 10 families gather at Burnham Army Base on the outskirts of Christchurch. There is a noticeable tension in the air, whānau members carry photos of their ancestors and there is a sense of shared loss.

Although our tūpuna made it home from World War II, they are no longer with us and will never see the medals commemorating their service. 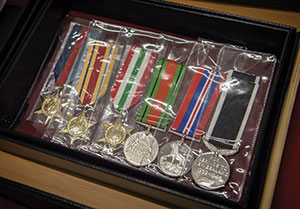 Awarded medals varied for each soldier. Shown here are The 1939-45 Star, The Africa Star, The Italy Star, The Defence Medal, The War Medal 1939-45, and The New Zealand War Service Medal.

When I first heard about these medals, I wanted to know why they hadn’t been awarded earlier? Why nearly eight decades later, after all but one of the 28th Māori Battalion have passed, are they only now emerging?

The answer, as it turns out, is complicated.

In the late 1930s as another world war became imminent, opinion was divided over whether Māori should be deployed overseas to fight in a war not of their making.

“Some Māori leaders, such as Apirana Ngata, saw participation in war as the ‘price of citizenship’. Others, such as the Kīngitanga leader, Te Puea Hērangi, questioned why Māori should fight for an empire that had, within living memory, invaded and occupied their lands.”1

Similar debates had occurred regarding Māori participation during the South African war in 1899 and the First World War in 1918, and by the time the Second World War broke out in 1939, some Māori MPs, including Apirana Ngata, had the government’s support to form an all-Māori front-line infantry unit – the 28th (Māori) Battalion.

Between 1939 and 1945, nearly 16,000 Māori answered the call to volunteer for the armed forces, an alarming number considering the total Māori population at the time was just under 100,000. For perspective, imagine present day New Zealand’s population with all residents of metropolitan Wellington, Christchurch and Hamilton enlisting for service. 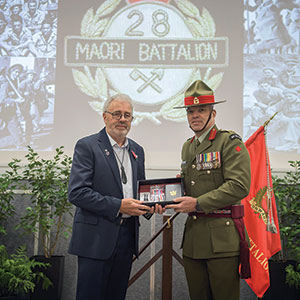 Māori enlisted for many reasons, including escaping poverty, following their friends who had already enlisted, and proving their equality with their Pākehā comrades.

More than 3600 men volunteered to serve with the Māori Battalion between 1940 and 1945. The battalion was divided into five companies: A, B, C and D rifle companies organised along tribal lines, and a fifth HQ company. The battalion was in active service for nearly six years, fighting in the Greek, Crete, North African and Italian campaigns and, by and large, set aside historic tribal rivalries and encouraged Māori unity.

There are many references to the battalion’s prowess as a fearless and aggressive fighting force. They were held in high regard by their Pākehā comrades, the wider New Zealand public as well as the Allied and German soldiers. However, their casualty rate was almost 50 percent higher than the average for New Zealand infantry battalions. Of the 3,600 men who joined the battalion, 660 lost their lives.

Bernard Freyberg, General Officer Commanding the Second New Zealand Expeditionary Force, said, “No infantry had a more distinguished record, or saw more fighting or, alas, had such heavy casualties,
as the Māori Battalion.”2

Like most men who served in WWII, my poua wasn’t forthcoming with stories of his time in service. Later in life, he shared a few tales, carefully keeping to the warm and humorous ones.

He spoke fondly of the Māori and Italians’ shared love of song and food, and the families he met when D Company – also known as ‘Ngāti Walkabout’ – marched the length of Italy “from the toe to the top of the boot.” 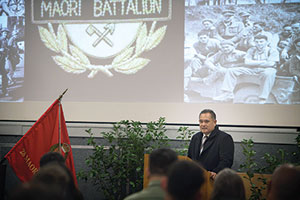 Lawyer David Stone recounts the journey he has been on since 2019.

His memories of wartime atrocities would remain his own.

At the end of the war, most of the battalion returned to New Zealand in 1946. Some 270 men, including my grandfather, volunteered to remain abroad to demilitarise and provide support for Japan’s post-war rebuild.

For many returning soldiers, the battles were now on the home front.

The positive steps in race relations between Pākehā and Māori working together on the front line were not necessarily present on home turf.

In post-war New Zealand, Māori continued to suffer from discrimination, lack of opportunities and the effects of unjust government policies.3

Around this time, the government policy was that former service personnel would have to apply for their medals, which would then be sent to them through the post.4

Fast-forward to 2019, when lawyer David Stone made a simple enquiry about his great uncle’s Māori Battalion medals, and uncovered a much bigger issue. 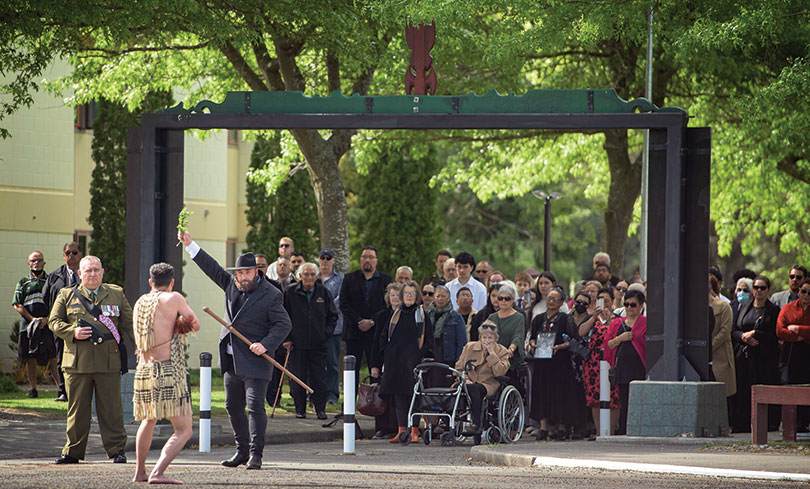 Descendants of ten Māori Battalion soldiers pause behind Justin Tipa as he picks up the rākau.

As descendants, we may never know exactly why our ancestors did not apply for their medals; the reasons are likely as varied as the soldiers themselves. Some argue the process of receiving medals via post had no mana; others suggest the men were struggling to settle back into civilian life. There is also the added complication of some younger soldiers using false names to join the war effort.

Regardless, the intricate puzzle to identify the soldiers has, for the most part, been solved with Stone’s tenacity and the support of the NZDF Personnel Archives and Medals staff.

On Saturday 5 November, the New Zealand Defence Force hosted a warm and meaningful ceremony for whānau to accept the medals on behalf of our tūpuna. This was one of seven ceremonies to be held throughout Aotearoa.

The Hoana, Kumeroa, Maha, Manawatu, Naera, Preece, Tauwhare, Tipa, Tumaru and Worrall whānau greatly appreciated the words of Justin Tipa and Bill Maha as kaikōrero at the pōwhiri. They were delighted Sir Robert ‘Bom’ Gillies, the only remaining member of the Māori Battalion, was present, providing a tangible connection to our absent relatives.

For the descendants, these medals symbolise much more than wartime sacrifice and service; they are a taonga and part of the whakapapa of our tūpuna. We are grateful they are home.