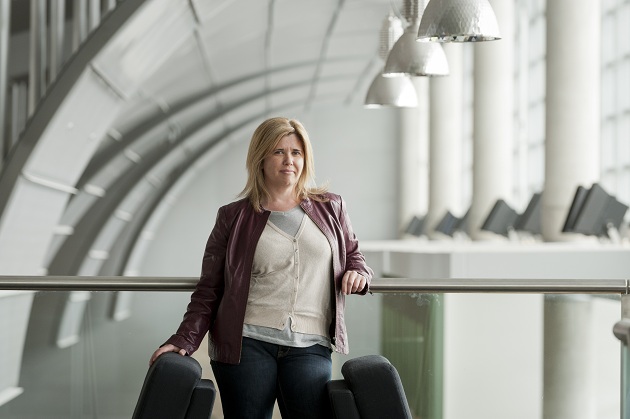 Many New Zealanders can make a connection to a whaler, a trader, or a more recent arrival in their family histories. This is particularly relevant for the descendants of Ngāi Tahu and some northern tribes because of the intensity of their relationship over a relatively short period of time.

Ngāi Tahu social historian Angela Wanhalla (Kāi Tahu) is familiar with the period through her research and book In/Visible Sight: The Mixed Descent Families of Southern New Zealand. Her latest work, the newly-released Matters of the Heart: A History of Interracial Marriage in New Zealand, represents five years of research.

“It was a very ambitious idea to do a history of intermarriage in New Zealand, and it took a bit longer than the two years’ funding that I had,” she says.

“I never thought I’d get it finished, because it is a real challenge to write a national history that covers over 200 years. I’d never done anything like that before, so I’m really pleased to see the book out and being reasonably well-received.”

While Dr Wanhalla was surprised by the amount of historical material and photographs available in the archives, it was often fragmentary and she had to “read between the lines” to see how people’s lives were shaped by outside forces.

She says she was also surprised by the diversity of relationships and liberal views of marriage between Māori and Pakeha in the late 19th and early 20th centuries.

“It didn’t always fit Victorian ideals of how marriage was practised,” she says. “People didn’t necessarily think they had to go and have a church wedding; nor did they feel they needed to have their relationships acknowledged by the law unless it was absolutely necessary.

“People made it up as they went along. Sometimes they just happily cohabited and had long-term relationships.”

Most of Dr Wanhalla’s research has been around the histories of gender, race, and sexuality during the colonial period.

It was an intense period of contact, accommodation, and adaptation that was reasonably harmonious for all parties, she says.

“That’s where marriage becomes really important,” she says. “By binding new settlers to your kin, you’re making them one of your family, and they’re obliged to support you as well.”

The establishment of shore whaling stations along the South Island coast and a growing trade in flax and timber introduced a very cosmopolitan mix of foreigners from a wide range of backgrounds. Among them were Portuguese, Americans, Canadians, English, Scots, Irish, and even a few former convicts from the Australian penal colonies.

Ngāi Tahu welcomed these different cultures because new economic opportunities grew out of these relationships, and through them they gained access to new technologies.

For shore whalers, their kinship networks through marriage to Māori wives became a normal part of life. Some of the family names that emerged from that period are now recognised as important tribal names for Ngāi Tahu and Ngā Puhi iwi.

Looking back to those early alliances between Māori and Pakeha in the 19th and 20th century, Dr Wanhalla says those pioneers may have helped change public attitudes to marriage.

“There is an interesting history of diverse marriage forms and practices that we don’t really know as much about as we possibly should,” she says.

However, as one of this year’s recipients of one of ten prestigious Fellowships, Dr Wanhalla has resources available to research the history of New Zealand marriages further. “The Rutherford Discovery Fellowship will hopefully illuminate that a bit more, and we may see why the last two decades of the 20th Century have seen such profound change, compared to the previous 200 years.

“What the Rutherford Discovery Fellowship allows me to do is build on what I’ve done for Matters of the Heart, and look more broadly at the history of private life and marriage in New Zealand.

“There’s currently no history of marriage that has been researched and written really in this country, and that’s what I’d like to do, covering a big time frame and scope using a range of sources.”

With a major change in legislation in which Parliament passed the Marriages (Definition of Marriage) Amendment Act 2013 legalising same-sex marriage, Dr Wanhalla says the timing is right to sit back and reflect on how changes in public perceptions have taken place.

She says massive social changes occurred in the 1970s, 80s and 90s, and during that period marriage has evolved constantly and very quickly.

From the 1970s onwards it has become increasingly common for couples to cohabit and for children to be born into families where their parents are not legally married.

“It’s an era I don’t know very well, so this scholarship will allow me to dive into that period a little more and look at trends, statistics, and patterns and an area I’m really interested in through people’s personal experiences.”

Dr Wanhalla has a special interest in photography and, with Erika Wolf, co-edited Early New Zealand Photography: Images and Essays, published by the University of Otago Press in 2011.

She regards photographs as a valuable but often under-utilised historical source that brings to light the human side of history.

“A constant surprise in all my research is the wealth of photographic material that is available from a range of people from all classes,” she says.

While photographs were rare in her own working-class family’s case, other families have great photographic records that open up another world and potentially a whole new field of research.

Dr Wanhalla’s doctoral thesis had a very personal significance for her because it traced her Ngāi Tahu roots to a native reserve on the north bank of the Taieri River, and an early shore whaling station at Taieri Mouth.

“Really, it was a way of coming to understand how our family was connected to Otago and where they came from before that,” she says.

Dr Wanhalla is a descendant of a famous Otago whaler, Captain Edwin Palmer, who married into an important Ngāi Tahu family to secure strategic land and kinship ties to Māori in the early European settlement of the southern coast of Te Waipounamu.

Her doctoral thesis reconstructed an interracial community of 150 to 170 people around the little-known Taieri Native Reserve between the 1830s and 1940s, with a particular focus on interracial marriage between Māori and Pakeha.

The last three generations of her family came mainly from Canterbury, and her grandmother Waitai Brown was born at Taumutu on the shores of Te Waihora (Lake Ellesmere). Her great-grandparents Teone Brown and Catherine Smith were both born on the Taieri but Teone Brown was raised in Canterbury, so Angela’s family knew little about their southern links.

“My PhD offered me an opportunity to explore those connections, to figure out who they were and where they came from,” she says. “My father didn’t really have a good sense of his whakapapa and neither did I. Sometimes they were just names, and we wanted to figure out how they were connected to each other.”

Her father, who died in 2005, joined her on a research trip south to “walk the ground” on the Taieri for the first time, and felt a strong connection to the place.

“My PhD was quite important for him — he read it from cover to cover,” she says. “Seeing him react to it in that way has really reinforced for me the importance of doing history at that personal level.

“He kind of went along on the research journey with me, and I regret that I didn’t record some of his memories, because I think he would have enjoyed having his story told at some level.

“One of my goals with all my work is to always find a way to have my parents as part of the story, and I guess that is what has driven my PhD and more recent work as well.”

Dr Wanhalla regards personal narrative as an important historical tool because it adds context and helps people understand why she does her research. She also finds stories that hold a personal meaning for her are often relevant for other New Zealanders with similar connections.

Dr Wanhalla regards personal narrative as an important historical tool because it adds context and helps people understand why she does her research. She also finds stories that hold a personal meaning for her are often relevant for other New Zealanders with similar connections.

“I think it also humanises big ideas that are sometimes hard to grapple with,” she says. “I like stories that have that broader appeal and, by personalising history, we can understand better big ideas and big drivers of change like colonialism.

“We can see how it plays out for people on an everyday level, and see how it can impact on them and shape their lives.”

In Dr Wanhalla’s own case, her Taieri research gave her a broader understanding of land ownership, land loss, dispossession, and the impact of colonialism at a very localised level.

What started as a personal journey to trace her own family history has evolved into a rich vein of research into interracial marriage in New Zealand over the last 200 years for Angela Wanhalla.

Dr Wanhalla, a senior lecturer in the History Department at the University of Otago, is one of 10 recipients of the prestigious and highly-contested Rutherford Discovery Fellowships for 2013, awarded to emerging researchers and leaders in their respective fields.

Funded by the Ministry of Business, Innovation, and Employment and administered by the Royal Society of New Zealand, the Rutherford Fellowship has awarded recipients $800,000 in funding over five years to dedicate themselves to their research.

The award generally goes to researchers in the “hard sciences”, so Dr Wanhalla counts it as a personal achievement for herself and her department that will offer both opportunities they may not have otherwise had.

“It will bring international scholars to New Zealand and means I can devote five years to big projects I really want to work on,” she says.

The award will fund two Masters scholarships and one PhD scholarship for students who will work under her direction, so the fellowship offers real opportunities for young people interested in New Zealand social history.