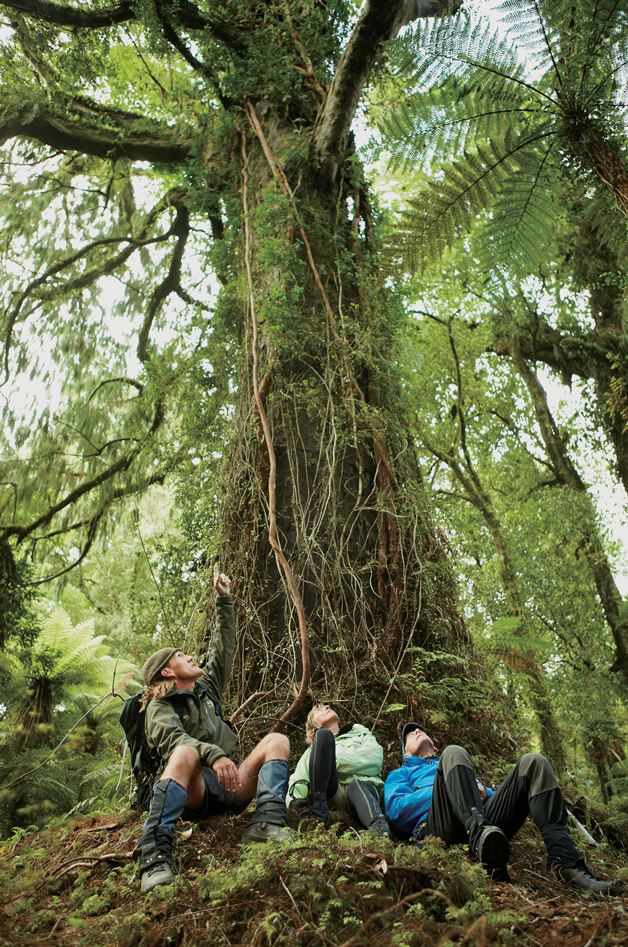 Ngāi Tahu Tourism boss Quinton Hall describes it as a “kind of mihi”. Whenever he and his colleagues visit China – and they’ve been doing that a lot during the past four years, tapping into an important emerging market – they talk about where they come from, about the history and values of Ngāi Tahu, and the tribe’s identity as tangata whenua of Te Waipounamu.

“We’re really seeding our story right up front,” he says of the approach to presenting to travel agents and other potential Chinese customers. “It’s important to create that point of difference, and convey that level of authenticity.”

Clearly, it’s working. Of the 300,000-odd Chinese visitors to New Zealand during the past 12 months, 70 per cent were customers of Ngāi Tahu Tourism (NTT), enjoying Queenstown’s Shotover Jet, Rotorua’s Agrodome, and all points in between. In a short space of time, China has become NTT’s single largest market.

Earlier this year, that success was recognised at the biennial New Zealand China Trade Association Business Awards, where NTT won a special award for Excellence in Tourism. Quinton describes it as an acknowledgement of his team’s hard work during the past five years, and of the strength of their China strategy.

One element of that strategy has been building tourism products that appeal to the Chinese visitor. In 2011, the iwi subsidiary bought a majority stake in the 40-year-old Agrodome business, which offers a farm show and other bucolic experiences ten minutes from central Rotorua. As well, existing products have been tweaked to fit Chinese tourist’ needs. The Dart River jet safaris, for example, previously a full-day trip, now include a half-day experience.

But the other critical part of the equation involves that mihi. It’s become an axiom of trading with China that New Zealand companies must show their face up there, and that building strong personal relationships is essential to success. Ngāi Tahu Tourism has taken that requirement seriously, visiting at least four times a year to deepen the understanding.

“When we started this work four years ago, our Chinese counterparts thought we were some sort of government tourism agency,” says Steve Lester, general manager of sales and market development. “We’ve spent a lot of time there since – that’s me and Quinton and our two Chinese language-speaking staff – building those relationships. There’s been lots of sitting around a table, eating kai and talking.”

Trust is key. “They’re putting paying clients into the hands of people at the other end of the Pacific. So at one level they want reassurance that we are going to look after them, and that their clients aren’t going to come home and demand their money back. But underneath that commercial level, I think they’re also saying to themselves, ‘Are these guys going to be around next year, or in five years?’”

In that regard, they’ve found some useful cultural common ground. “There are similarities there in terms of taking the long-term view and building long-term relationships that really resonate with the Chinese,” Quinton says, referring to the Ngāi Tahu intergenerational viewpoint. “It’s helped us to build trust in the market, and a lot of that goes back to our ownership structure and the fact that we are Ngāi Tahu.”

There’s also a genuine interest in things Māori among Chinese visitors to New Zealand. To a greater or lesser degree, almost all the Ngāi Tahu tourism experiences weave in tribal stories, history, and values. “We have a number of products that are very strong in that space,” Quinton says. “For example, on the Dart River (jet, in Queenstown), we talk about the pounamu trail. On the Hollyford Track – where NTT operates three day guided walks – we also talk about the pounamu trail, and about Ngāi Tahu’s travels and the Ngāi Tahu economy. It’s a connection they can’t get everywhere else, and it’s really strong and authentic – and that’s part, too, of being owned by Ngāi Tahu: we can bring a level of authenticity to our experiences.”

Despite a slowing Chinese economy, Quinton sees China remaining a strong source of visitors, with tourism numbers from China growing at between seven and ten per cent, versus three per cent for the overall market. But NTT isn’t resting on its laurels. Recently it bought Queenstown-based Guided Walks New Zealand, among other reasons because it includes a snowshoeing experience that should appeal to the Chinese market. It is also investing in guiding staff with language skills, and in headphone sets with Chinese language options. The company also plans to maintain a regular schedule of visits to China.

Beyond that, the goal is to keep delivering quality experiences to their guests, says Quinton. “It’s a core Ngāi Tahu value, manaakitanga, that hosting component. So it’s a big responsibility to make sure we get it right.”