Aotearoa may be small in size, but we have always punched above our weight on the global stage. From Maruawai to the bright lights of London, James Buchanan is living the dream of a small town boy making it big. Kaituhi Emma Symon reports. 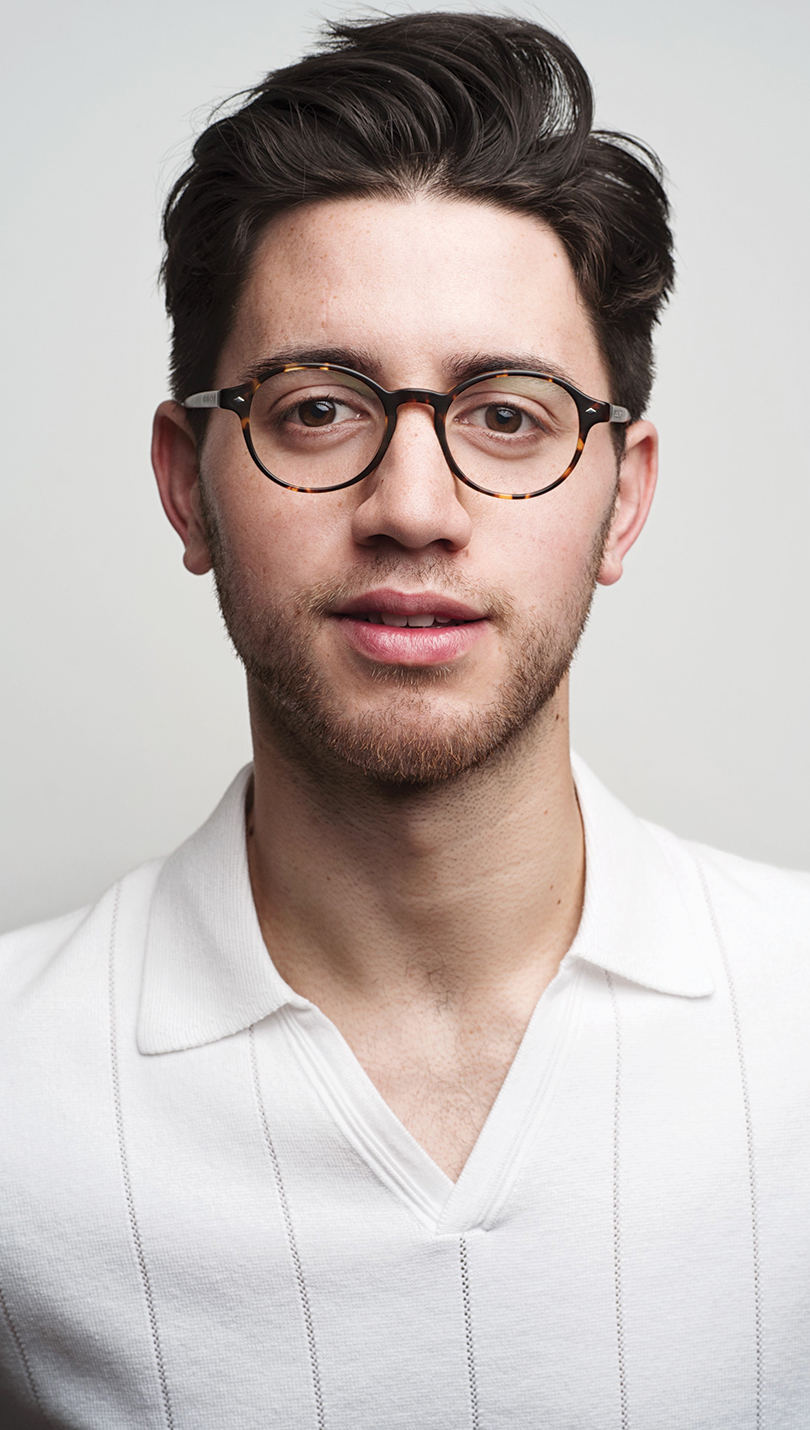 James thinks of himself as being unremarkable, but his achievements tell us otherwise. For someone who is clearly extremely talented, James (Kāi Tahu, Kāti Māmoe, Waitaha, Rongomaiwahine) has come a long way from the boy who was “terrified of performing alone as a kid”.

James knew he was passionate about dance from a young age. After becoming “obsessed with Riverdance”, he begged his mother to let him take up dancing. He started weekly group lessons at Sandra Rasmussen’s School of Dance, which led to private lessons, and before long a 10-year sequence of training, discipline, and focus. He is quick to credit Sandra as being “a leading factor for who I am as a performer and person now”.

Born in Gore and educated through Te Kōhanga Reo (Hokonui) and Kura Kaupapa Māori (Invercargill), James and his family moved to Ōtautahi in 2000, where he and his older brother Te Koha attended Te Tikanga Rua Reo, the bilingual unit at St Albans School.

Many of our tamariki start their performance careers with kapa haka, and James is no exception. He began at Te Kōhanga Reo, and credits this experience with freeing him of any performance inhibitions. It was his first taste of whanaungatanga and kotahitanga in group performance, but most importantly, it allowed him to develop the strong stage presence he has today. Kapa haka supported him to consolidate his place within te ao Māori. It was within this world that James met another prominent figure in his life: Tosh Ruwhiu. A native speaker of te reo Māori, James describes Tosh as “sensitive, poetic and an exemplary role model”. Tosh recognised James’ leadership abilities and gave him the opportunity to grow in his oratory style on the paepae – a skill which has stood James in good stead on many occasions since, whether at tangi, pōwhiri or whānau celebrations.

After discovering his talent in dance and stage performance, musical theatre was a natural progression. His first experience of a professional production came when he was just 14, and was cast in the Court Theatre production of Anything Goes. To be part of a professional production at such a young age was a huge achievement. Performing in eight shows a week, he had to take time off school, which led to some opposition from his high school teachers. However, he persisted despite this.

“I knew it was something I wanted to pursue and I was not going to let the opportunity pass me by,” James says.

James, who has five brothers and two sisters, is the youngest son of Moana-o-Hinerangi and Graeme Buchanan. While close to his family James felt himself to be something of an “outlier”, as a ballet, tap, and jazz dancer in a whānau of keen rugby players (although his sister, Ana, is also a talented kapa haka performer).

It was at the Court Theatre that James discovered others who were equally inspired by a passion for the arts, and this whanaungatanga is something that he continues to experience in his musical theatre career. He has expanded his whānau and found support and mentorship amongst his peers. “The Court Theatre was where it became clear to me that musical theatre, rather than pure dance, was what I really wanted to do,” he says.

“Working collectively as a creative company towards a shared goal and being a contributor in that process really made me feel like my participation mattered. As a young man in such a crazy world, it felt so very good to be seen and to be heard by others – I’d really found where I belonged.” 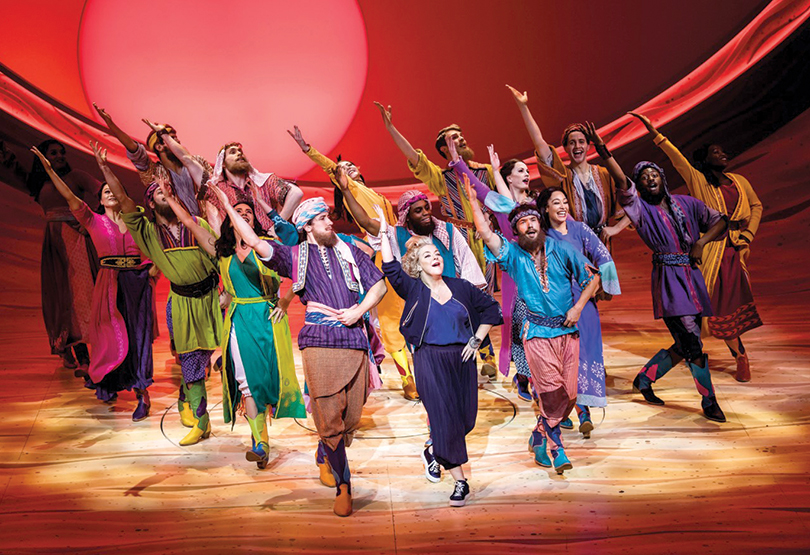 Above: James (back right) and the cast of Joseph and the Technicolour Dreamcoat.

When James realised that the then-culture at Christchurch Boys’ High School was not conducive to him fulfilling his dreams in the arts, he transferred to Burnside High School for his final year of school on a scholarship to the specialist music programme. This is where he “got really serious and excited about music and performance”. There were so many opportunities available at Burnside, James felt like he was able to condense five years of musical study and experience into one.

He played clarinet in the school orchestra which toured to Melbourne, and landed the lead role as Mr. Darcy in Pride and Prejudice – loving both experiences and further affirming his emerging career pathway. He also played piano regularly for the Christchurch Youth Orchestra, and worked as a musical director with various community choirs, productions, and concerts.

Like many people, James struggled to decide what to do on leaving high school. While passionate about musical theatre, dance, and music, he was also interested in a career as an orchestral conductor. Taking a gap year to contemplate his future, James took a job working front of house at a private members club. He loved this experience, as he felt like he was performing a role, waiting tables to silver service standards. However, fate had other plans.

During the summer James attended CIMTSS (Christchurch International Musical Theatre Summer School) where he met guest tutor, Mark Dorrell, now one of his closest friends. Mark has had a varied and distinguished career as a musical director in London’s West End and New York’s Broadway, and has worked with stars including Hugh Jackman, Dame Judi Dench, and Sir Ian McKellen. Mark recognised James’ talent and encouraged him to audition for ArtsEd (Arts Educational Schools London), a prestigious performing arts school with alumnae including Julie Andrews and Sarah Brightman, and whose president is Lord Andrew Lloyd-Webber.

Although not confident in gaining a place at the reputable school and daunted by the idea of leaving whānau and friends, James submitted an audition tape, a precursor to a formal audition. He was ecstatic to receive an email a day later offering him one of 50 places from the 3000 applications to the Bachelor of Arts in Musical Theatre. James has been told that he is the only person in the school’s history who has been accepted solely on the basis of his video audition – an accolade that to this day makes him feel whakamā, but proud.

However, there was still the issue of the huge school fees to contend with. James and his mother reached out to Te Rūnanga o Ngāi Tahu, and they were pleased to be able to access a tuition grant. James says he is extremely grateful for the support given to him by his iwi, and that the funding “made the entire thing possible”. He has been thrilled with the way Ngāi Tahu has taken an interest in the arts and is supporting rangatahi to chase their dreams.

James speaks passionately about his time at ArtsEd. He is an enthusiastic advocate for the school, explaining that it is perfectly in tune with the industry and has prepared him well for a successful career.

He also acknowledges that the school supported him through some tough times. In his first year, his father became ill and died, a very difficult time for him. The school allowed him to defer his study so that he could travel back home to Aotearoa to be with his whānau. On his return to the UK, the pastoral care team provided him with a fee-free year and “support, energy, and understanding” which proved invaluable. 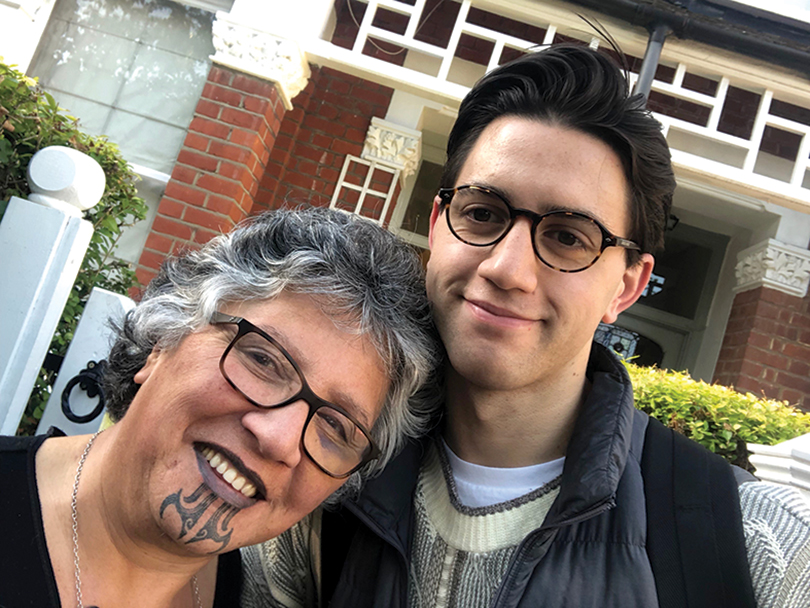 Above: James with his mum Moana.

James lives in London with former Wellingtonian, Bryce Mildenhall, and Bryce’s partner Martyn Taaffe-Dooher. Bryce knew of James through a thespian friend, and was kind enough to welcome him into their Chiswick home. James is grateful for the feeling of home and family that Bryce and Martyn provide, and refers to them affectionately as his “London dads”.

Since graduating from ArtsEd in September with First Class Honours, James’ career has really taken off. Following the showcase productions in the final year of school, he drew significant interest from potential agents. He has now engaged Bobbie Chatt from Global Artists, who he describes as “a real powerhouse; a Titan in her field”.

Following his graduation, James had to choose a stage name. Spotlight, an international casting directory, has strict rules around actors’ names and someone was already registered with a similar name.

“This made me think a lot about my identity. Who am I?” James says. “How do I want to be represented? What is the name I want people to remember of me? How will they associate that with me?”

James fashioned himself an entirely new name which was filled with meaning for him: J.R. Ballantyne. The J stands for James – his birth name. The R is a nod to Āraiteuru, which represents his Māoritanga and whakapapa to Moeraki. Ballantyne comes from a tupuna on his maternal side, through whom he has a Scottish connection, helping to feel landed on the foreign grounds of the United Kingdom.

James’ first role out of school was as Asher; one of Joseph’s brothers in the 2019 London Palladium production of Joseph and the Amazing Technicolor Dreamcoat, which was given a rave review by The Times newspaper.

He is now with the production of Curtains, which toured the United Kingdom and Ireland and is currently playing a limited run at the West End’s Wyndham’s Theatre. The play was written by John Kander and Fred Ebb (Cabaret, Chicago, Kiss of the Spider Woman) and is described as “a hilarious whodunnit”. James plays Randy Dexter; a featured ensemble member, and (understudies) three lead roles.

James’ whole musical theatre experience has been a journey of miracles. Not least of all the generosity of those who funded his final year at ArtsEd. After struggling to find the required fees, Londoner Claire Ferguson (Vice Chair of the ArtsEd Board), offered to pay half his fees, with ex-pat New Zealander Peter Land offering to pay the remainder.

“To us these moments are incredible and miraculous by nature. We couldn’t be more grateful to the guiding hands of our tūpuna,” says James’ mother, Moana-o-Hinerangi.

The little pā boy who played with poi and led groups with whaikōrero, inspired by Michael Flatley’s Riverdance and the magical footwork of Gene Kelly and Fred Astaire, has come a long way. His is a star we will have to keep an eye on.