When it arose from the rubble of the Christchurch earthquakes He Toki was said to represent a new era of Māori trade training. Kaituhi Mark Revington reports. 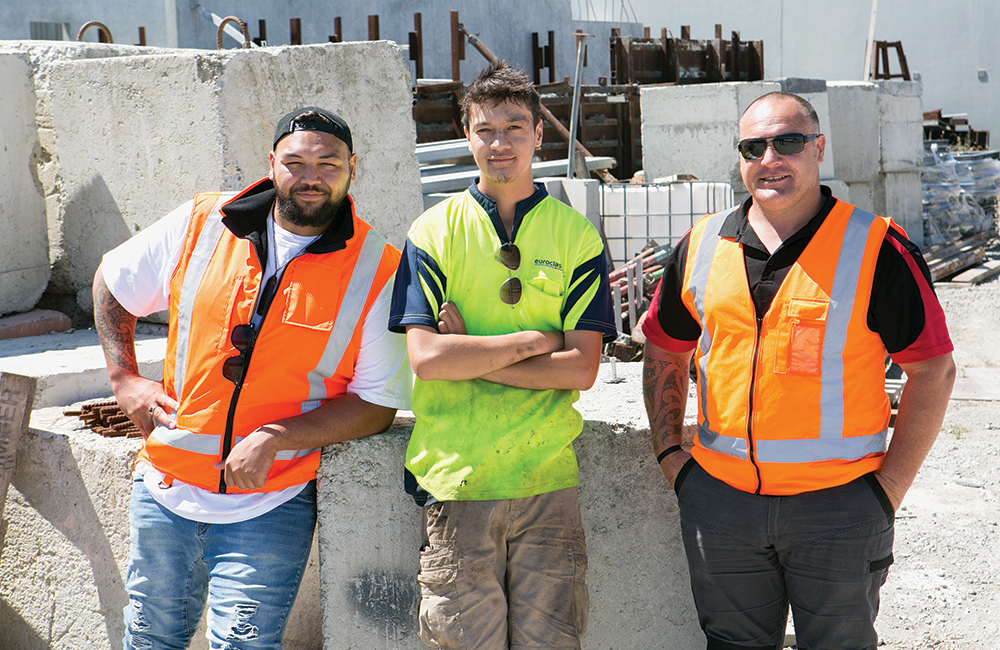 The numbers tell a great story. A report by AERU, the Agribusiness and Economics Research Unit of Lincoln University, shows that He Toki ki te Mahi has created economic value of more than $5.5 million since 2015. Further analysis suggests the potential to return seven times the value of the investment in economic benefits to the apprentices and the economy.

In 2011, Hawkins Construction, Te Rūnanga o Ngāi Tahu, and the Christchurch Polytechnic Institute of Technology (now named Ara) entered into a partnership to create He Toki.

He Toki ki te Rika was set up as a response to rebuild demand following the February earthquake of 2011. Former Te Rūnanga o Ngāi Tahu Kaiwhakahaere Tā Mark Solomon, the founding patron of the Trust, said it was important to encourage leadership. “We are saying to our Māori youth, ‘We’ll provide you with this training so that you can become the foreman, or engineer, or city planner.’ It’s about leadership.” In 2014, He Toki ki te Mahi Apprenticeship Training Trust was created to support pre-trade graduates to get and complete apprenticeships in the construction industry. It is an independent, not-for-profit trust that assists Māori trainees through their apprenticeships in a way that supports their work-based learning needs as Māori.

These two programmes work together to support three education pathways for Māori and Pasifika: a pre-trade pathway, an apprenticeship pathway, and a leadership pathway to help employees grow into leadership roles within the trades.

The economic value uncovered by AERU’s research contains startling numbers, but behind them lie stories on a personal level which show that tuakana/teina relationships can build success in employment and apprenticeships.

The Trust directly employs Māori apprentices and places them with host employers to undertake their on-the-job work experience. It provides practical support, including paying wages, and provides mentors and a kaupapa Māori approach. It is this wrap-around support and cultural approach that makes a difference, says Dr Eruera Prendergast-Tarena (Ngāi Tahu – Ngāi Tūāhuriri, Ngāti Porou, Te Whānau a Apanui).

“We take care of the employment and administration involved in an apprenticeship by paying the apprentice wages and holiday pay, and handling their ACC, as well as sick and bereavement leave.”

Eruera calls He Toki ki te Mahi a revolution. “It is focusing on social change around whānau potential and what happens if we are not supporting those who need it most; and that has massive economic value.

“It is important to support whānau in every way possible to ensure they get the right experience to build their careers. What is needed is support in and out of work, and building relationships over a period of time is key. I am not just interested in what they do at work – they can call me any time.”
Mathias Pitama (Ngāi Tahu – Ngāi Tūāhuriri)
He Toki Apprenticeship Trust manager

“He Toki Apprenticeship Trust was set up to support Māori success in industry; to support Māori to move up to be certified in industry. What we know is that Māori are twice as likely to be in low-skilled careers. We are the labouring workforce of New Zealand.”

Due to disruption across sectors, lower-paid workers are more likely to lose their jobs, he says.

“Basically what you will see is the death of the middle class, and Māori in the low-skilled category will be undercutting each other to get work. If you look at those job titles, they are the ones marked for cataclysmic change in the future of work.”

Mathias Pitama (Ngāi Tahu – Ngāi Tūāhuriri), Trust manager has a background in civil construction. He says “it is important to support whānau in every way possible to ensure they get the right experience to build their careers.

“What is needed is support in and out of work and building relationships over a period of time is key. I am not just interested in what they do at work, they can call me any time.”

He takes the odd late-night call but says what is mainly needed is a non-judgemental listener and occasional dispenser of wisdom.

“Support and a good set of ears can go a long way. As Māori we are quite humble and don’t want to put ourselves in the front line. Having the right conversations is key and keeps everyone on track.”

Pitama says “the Trust is here for everyone who wants to be a part of the industries we partner with. The biggest challenge for our whānau is often that they don’t know about the range of work options in civil and built construction and also that the entry jobs provide a gateway to some highly skilled and highly paid jobs that allow you to see the world.” 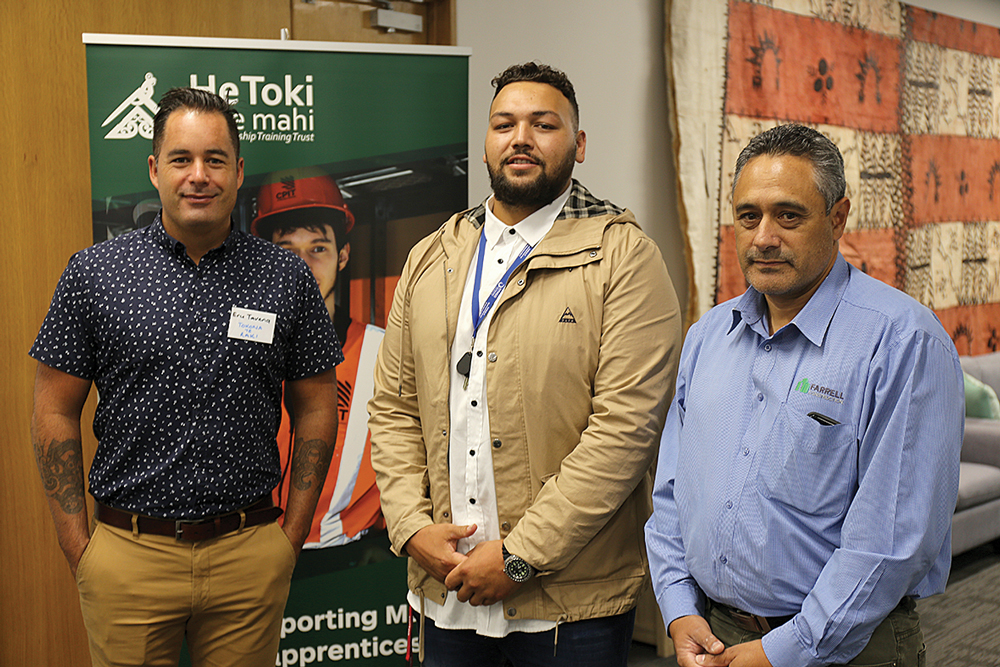 Harrison Hunt, (Ngāi Tahu – Taumutu). a training and employment co-ordinator and careers coach for the He Toki Trust, takes up the story.

“An 18 year old Ngāi Tahu whānau member came through our pre-employment programme. He did and still does have aspirations to break into the music industry, but recognises that while he works at this, it is good to have work and independence and earn a living wage. After he completed the training we brokered an interview for a position with a small residential exterior plastering outfit.

“He was so proud, He’s still in work, I am in contact on a regular basis to see how he is going and we worked together to ensure success in his transition to work and make sure he had all the tools for the job and provided encouragement to help him secure housing, get his whānau on board and sort transport to get him to and from mahi. He knows if he needs help, he’s got my number. His employer is rapt with this progress and we are keeping in touch to ensure he is following up on his apprenticeship.”

Harrison characterises this as an investment of time rather than money. “We have some whānau on the Trust who are self-managing. If something happens in their lives outside mahi, they can carry on. But others need more awhi or support.”

This experience of education and employment success has been replicated for more than 100 Māori whānau who have been involved with the Trust (32 Apprentices currently employed, over 60 have been transitioned directly to employers).

The Trust is the second-largest apprentice employer in Te Waipounamu, and was among the first wave funded by Te Pūtahitanga o Te Waipounamu under the Whānau Ora commissioning programme.

The pre-trade training courses cover a number of trades, including carpentry, cookery, plumbing, mechanical engineering, and electrical engineering; and have had more than 1000 graduates over the past six years. He Toki students are also taught the whakapapa of the programme and the history of Ngāi Tahu.

Employers can see the benefits of the trust, but not everyone is aware of its role, says Carl Crofts, resource manager for Farrell Construction, a Canterbury company with a proud track record.

Many of their staff are from offshore, he says, and the company worries that they will go offshore when the next large rebuild opportunity occurs somewhere else.

“We’re anticipating a gap in future in the trades.”

Complicating his company’s efforts to recruit good apprentices is a generational change. According to Carl, many younger people are not interested in apprenticeships and would rather work with computers.

In the future it is likely that technology and apprenticeships will be more closely aligned and integrated.

Carl calls He Toki “a really good system”, but says that because Farrell Construction grew out of Hawkins Construction, one of the foundation partners of He Toki, it knows what the Trust is about. The same cannot be said of all construction companies, he says.

“Our company is value-based and committed to Christchurch and Canterbury. We knew Ngāi Tahu is not going anywhere, and that’s the same for us. It is a natural fit.” 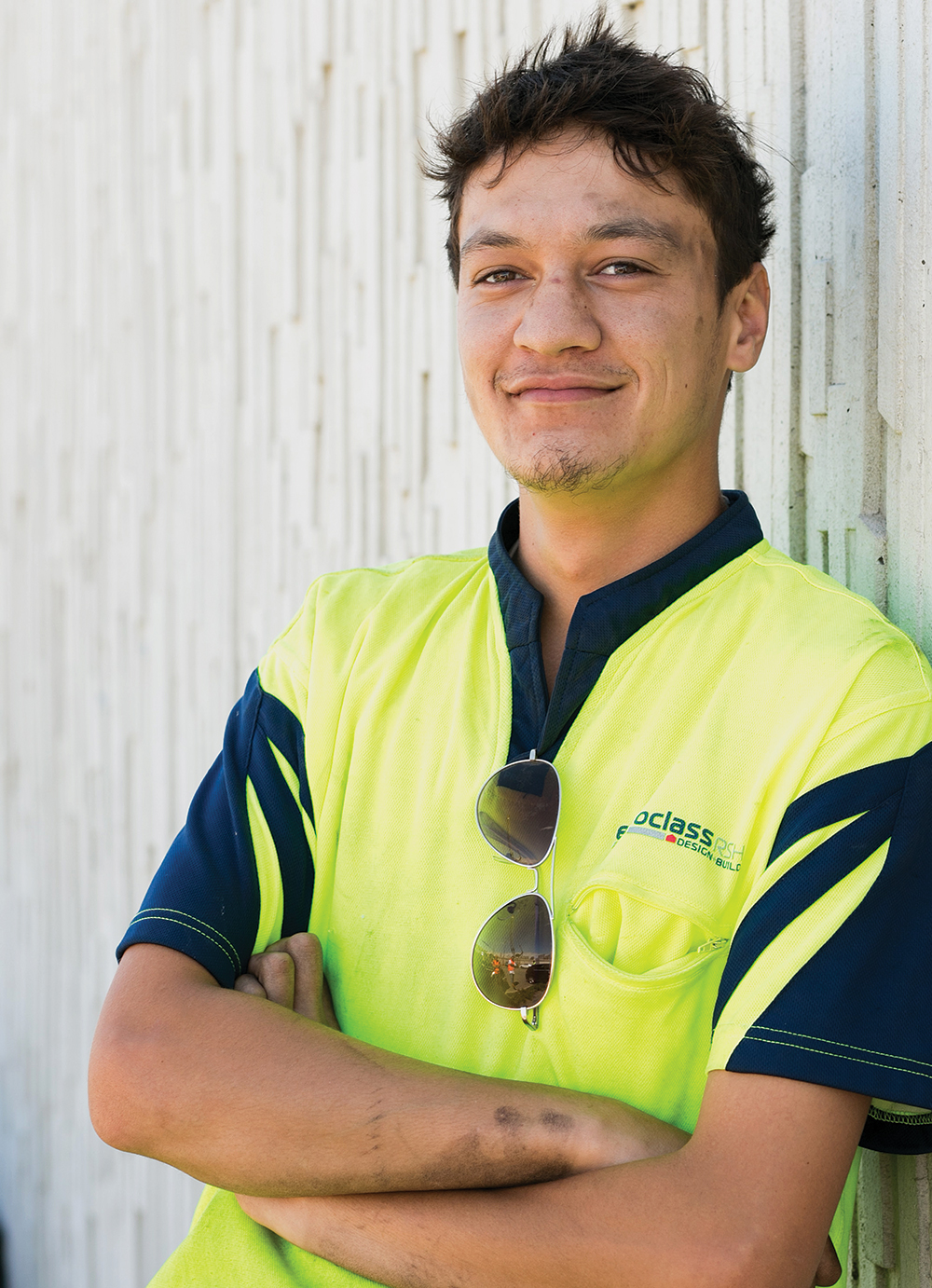 There’s nothing better than seeing a new building and knowing you played a part in its construction, says Masala Luafutu (Ngāti Kurī, Ngāi Tūāhuriri – Ngāi Tahu, Samoa), a He Toki apprentice currently working for Ascend Construction.

“Who doesn’t like to see a building and say, ‘That’s what I helped build’?”

Masala, whose mum is from Kaikōura and dad from Samoa, was brought up in New Zealand, and joined He Toki ki te Rika after leaving Queen Charlotte College in Picton.

“I spent six months doing nothing, and then thought I better get a job, so I moved to Christchurch, “ he says. “I boarded with a cousin and got a place on the He Toki ki te Rika pre-trade training carpentry course at Ara. Then I got a job labouring on the King Edward Barracks development.”

When the company he worked for fell over, Masala moved on to another labouring job before He Toki general manager Mathias Pitama helped him find an apprenticeship with Ascend. He has finished his first year of the apprenticeship and is effusive about the support he has received from He Toki and especially Mathias.

“I wouldn’t have known the first step in finding an apprenticeship otherwise, or even known how to go about looking for one. When my first job fell over, it was sort of, ‘What do I do now?’

“Mathias found me another labouring job and then this apprenticeship. I didn’t really enjoy labouring – too much heavy lifting. Getting on the tools is great. The days go quickly, I’m learning heaps, and the crew is good to work with.”