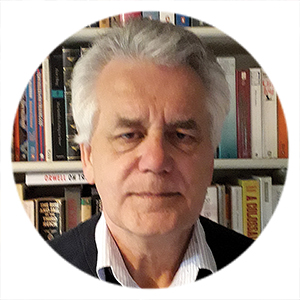 In the last issue of TE KARAKA we published a column by Ward Kamo entitled Māori victims of crime. In this issue we hear an alternative viewpoint from Dr Moana Jackson (Ngāti Kahungunu, Ngāti Porou), a Wellington-based lawyer who specialises in the Treaty of Waitangi and constitutional issues.

Sometimes it’s hard to even think about crime. Especially when a violent crime is committed by Māori. It can unleash feelings of anger and sadness because it evokes realities that can be shocking in their brutality. And it’s always hard because most of the victims of offending by Māori are other Māori; often women or children hurt by a violent partner or family member.

In that situation it is easy to turn away, even though one may know that violent offending is only a small part of the crime story. It is also easy to seek simplistic answers where blame replaces analysis and prison seems the only and deserved answer. Sometimes that can lead in turn to drawing a false equivalence in which concern about offenders is assumed to be a lack of concern for victims.

Yet every concern for those who do wrong and every attempt to understand why they have become the way they are is also concern for victims. If the reasons for criminal offending are understood and the chances of it occurring again are reduced, then the number of victims is also reduced.

Ignoring that equivalence is unhelpful. So too is the easy presumption that so-called dysfunctional whānau are the “cause” of offending. It is much harder, but necessary, to ask why and how the dysfunctionality came about; and to then address the links between the stunted life chances of too many whānau and the history that has disrupted their strength and cohesion.

To ask those sorts of questions is never to be “soft” on crime, nor to excuse the wrongs that have been done. The inexcusable can never be excused, and the individual responsibility of an offender can never be denied.

But every wrong has a context, and unless that is understood, no meaningful change can occur. Difficult though it may be, it is important to accept that a young Māori man in a cell in Paremoremo or a young Māori woman in a cell in Arohata cannot be isolated from the history and circumstances that have shaped their lives and the lives of their whānau, hapū and iwi.

It was that realisation which led Ngāti Kahungunu and Ngā Pae o te Māramatanga to co-host a national colloquium on Māori offending and the institutional responses to it in 2008. The hui was organised to mark 20 years since the publication of 1987 report The Māori and the Criminal Justice System – A New Perspective.

The research for that report for the first time asked Māori people to consider why so many Māori were in prison, and to offer possible solutions. The colloquium was a chance to see what changes might have occurred since its publication.

Over 300 people attended the hui. They expressed frustration because very little had changed. In fact, the only change had been an increase in the number of Māori women in prison. The number of incarcerated Māori men had remained the same. Evidence also showed that even though the overall crime rate had gone down, the imprisonment of Māori had not.

At the hui it was decided to initiate another Māori-focused research project to investigate the issues. I was asked to undertake this mahi because I had been involved in the original research. The project began in 2015, and is now being completed with the help of two young Māori researchers with qualifications in criminology and criminal justice psychology, Ngawai McGregor and Anne Waapu. The report is due early next year.

As part of the research there have been 205 hui with Māori around the country, including Ngāi Tahu. The hui have been held on marae, at gang headquarters, in prisons, and with kaimahi in prisoner release programmes. Some hui have been with victims and whānau, as well as Māori judges, lawyers, police, former inmates, and drug support workers. Hui wāhine were organised, as well as meetings with the LGBTQI community and rangatahi hui for youth.

It is not possible to disclose all the findings at this time, except to say that things have still not really changed. It has often been distressing mahi because of that, and the fact that there is now a more punitive attitude in society that actually inhibits the possibility of change.

However, it has also been rewarding research, because our people have never let the frustration overwhelm an appreciation of the systemic issues that impact upon offending. Perhaps more importantly, there has often been an empathetic understanding that does not diminish the costs of wrongdoing; but instead searches for ways of reducing the harm.

Two recorded comments from a kaimahi and a victim illustrate that point:

“When we’re looking after a girl at Refuge who’s been bashed in the head or punched where the bruises don’t show, it’s hard to look past the man who did that and look for reasons … but we always have to do that, and not just look for quick answers or blame but try to understand things other than, ‘He’s mad, bad, and dangerous…’”

“I can forgive but never forget, and I think that’s important because most crime isn’t violent like that. It’s our women being sent to jail because they’re poor, or our rangatahi being picked up for driving while brown … and it’s important because we need to understand that what happened to me comes from the same place as what happened to them … he has been a victim too, and if we aren’t honest and look not just at him but the history and the system, then we’ll never stop it happening.”

The issues are hard to solve and complex because they have been so long in the making. Among other things, they require an interrogation of the links between “dysfunctional” whānau and the history of a sometimes dysfunctional system.

Above all, they require some patient understanding to make the difficult and transformative changes that are necessary to ensure that those who do wrong are accountable, and those who are harmed are kept safe. The four years of considered kōrero have offered some expectation for that kind of change. It is hoped that there will be equally considered responses.