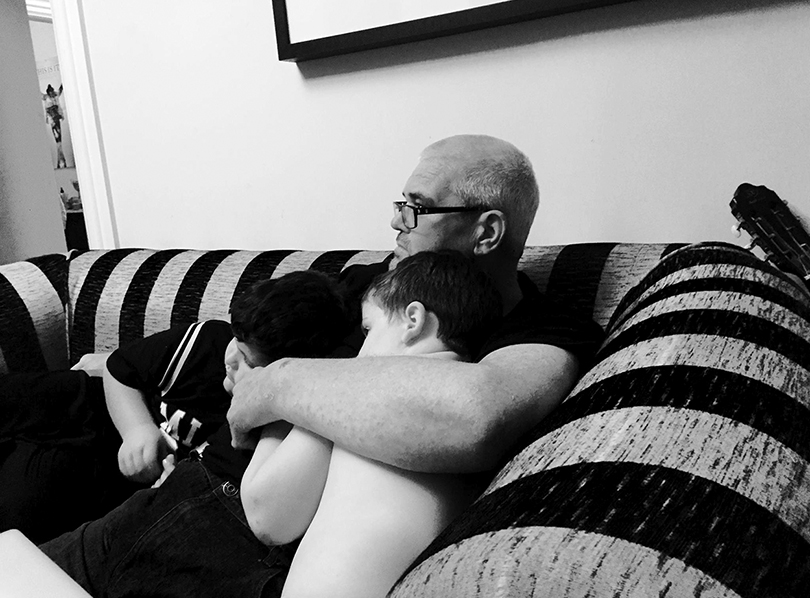 Above: Tahu with sons Timo and Tūki.

Tahu Potiki: 1966–2019
The evening Tahu passed, the sky had turned blood-red. I slumped down on the couch in disbelief, not wanting it to be true – the realisation in that moment of what Tahu had meant to us, not only as a whanauka and close friend, but to us all as an iwi. Traditional narratives speak of our eponymous ancestor, Tahu Pōtiki, first named Te Tuhi-Mareikura-o-Oho after the fact that he was born in the evening at Whāngārā when the western sky was flushed red with the rays of the setting sun. He tohu rakatira tēnei, we took this as a sign that even the gods knew this was no ordinary loss.

Inā te mahi, he rakatira. Just over a year since his passing, beautiful tributes have flowed and have been widely broadcast and published reflecting on the colourful and well-lived life he led: a visionary whose legacies include so many pivotal iwi programmes and initiatives, a leader who never forgot his roots and kept his focus on serving the needs of our people and the generations to come. One of his closest friends, Upoko Rūnanga o Ngāi Tūāhuriri, Dr Te Maire Tau, summed it up when he stated that a leader like Tahu only comes by once in a generation.

He ika ā-whiro. A tried, seasoned warrior akin to his tīpuna Karetai and Taiaroa, Tahu bore many scars from the numerous battles he faced over his lifetime. A strategist who could enter into any robust debate as thick-skinned as a tuna; fearless, courageous, not afraid to make big calls when the going got tough – but many of us behind the scenes also understood the toll that sometimes took on him and his immediate whānau. He was a big man, he took some big hits, and he counteracted it all with his humongous heart. There are countless stories of his compassion and unconditional generosity shown to many who were in a time of need or less fortunate than himself.

He takata kī whare. At his tangihanga, his spheres of influence were so evident; from the raucous symphony of a hundred Mangu Kaha Harley Davidsons roaring in reverence as we carried Tahu to the urupā on his final journey, to the eloquent oratory of reknowned iwi leaders, mayors, CEOs and politicians, such as his old mate Willie Jackson. When then New Zealand First list MP Shane Jones arrived, we all knew how Tahu would have relished the opportunity to debate head-to-head over regional economic development opportunities with his adversary, right there, at home, in the bosom of Tamatea!

He manukura. A true cultural champion for our iwi, Tahu was presented with the ‘Aoraki Matatū Lifetime Commitment to te reo Māori’ award in 2013, recognising the decades of extensive research and significant contribution made towards the revitalisation of our Kāi Tahu language. For those Māori language enthusiasts among us, Tahu was a code-breaker with his unique ability to unlock and decipher the deeper meanings hidden within the archaic treasure chest of 19th century manuscripts left to us by previous generations of leaders. So many of our rich Kāi Tahu turns of phrase and proverbs that have not been heard for many generations now resound on the lips of our young leaders today, thanks to his invaluable work.

He pātaka kōrero. Tahu inspired in us all a deep sense of pride in our unique Kāi Tahu identity. He had an incredible talent for bringing the tales of our ancestors of Waitaha, Kāti Māmoe and Kāi Tahu to life. As an uncle, he loved that his young nephews and nieces were growing the same kind of passion and fervour for these stories that he had. He thrived on opportunities to examine these narratives, debating the meanings of kupu or sentences that he’d found ambiguous. Although this only happened sporadically, he was looking forward to that kind of debate with the next generation, to see what their inquisitiveness might uncover, what new eyes and new perspectives might reveal. Unfortunately the opportunities for this were few due to his failing health. 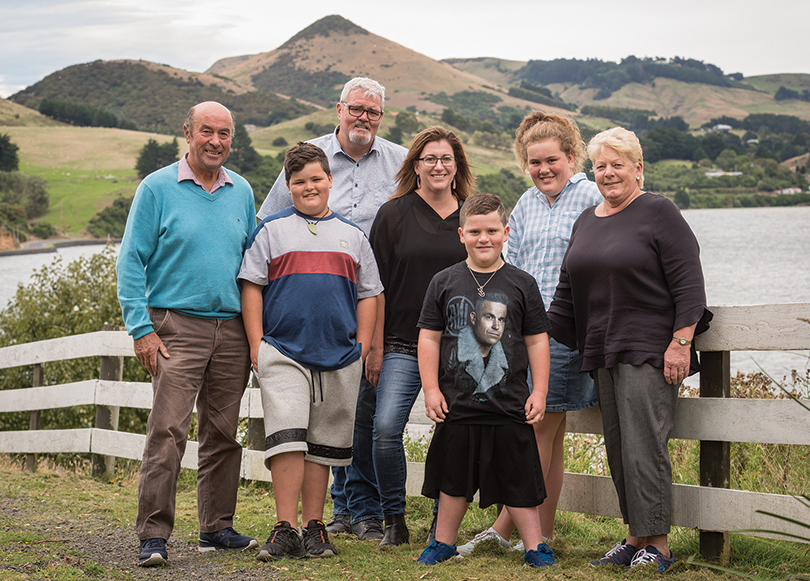 He puna wānaka. So often I would ring the cuzzie Megan to have a good old girly gossip, only to have Tahu intercepting at some point, putting us all on speaker phone. Before long I had spent a good hour deliberating and debating issues or being introduced to new ideas regarding self-conscious traditionalism, social housing, te reo Māori revitalisation, whānau ora, tribal leadership, parenting, or whatever issues were relevant to us at that time. There are so many of us who deeply miss having Tahu on speed dial, who regularly sought counsel from him. He was always approachable and available despite being one of the most over-committed, busiest people I knew.

He kaiwhakairo o te kupu. Tahu, as a master orator, had the ability to capture any audience with each carefully crafted public address that saw him highly sought after as a keynote speaker at a myriad of conferences and events, locally and internationally. Without fail he always offered an insightful perspective that drew in and engaged others into meaningful discussion. But it was his colourful and innovative use of expletives with which he regaled his close friends and family that have left a lasting impression in our hearts and memories.

He nanakia! One of the last exhilarating rides that Suzanne Ellison and I had the pleasure to take with Tahu was during an inland trip to Tāhuna/Queenstown on rūnaka business. Almost out of nowhere, an oversized vehicle appeared on the road ahead, hurtling towards us. Without warning it became a battle of the brave as Tahu ploughed down on the accelerator. Both vehicles continued full steam ahead, and before Suzanne and I had time to gasp, we were playing chicken with a titanic truck carrying an enormously huge house. With only seconds before an almighty collision Tahu swung us up on to a steep bank on the left-hand side. Suzanne and I sat there stunned while Tahu shook his head, laughed and proclaimed the other driver mentally deranged!

He Hākoro. Family was everything to Tahu. A loving, caring and patient father to his children, he recognised each of their special qualities, eccentricities and attributes, always encouraging them to become the best versions of themselves. He doted on his wife Megan, and was proud of the life they had built together at their homestead on the kāik.