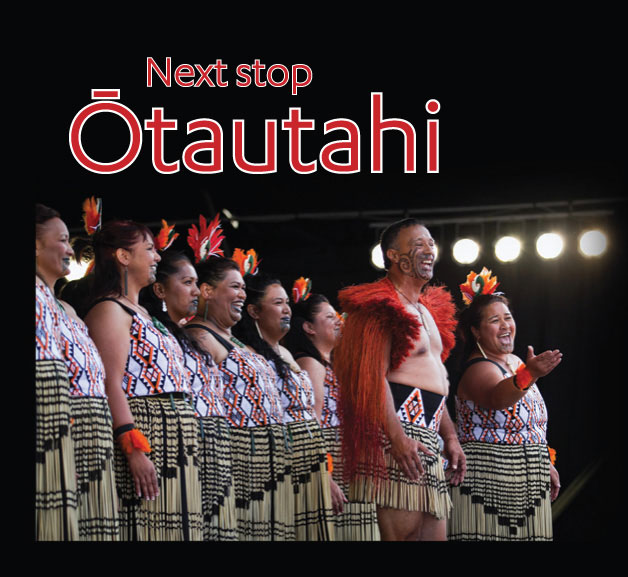 Crowds of up to 25,000 poured into Rotorua’s International Stadium for Te Matatini 2013, the world’s largest kapa haka festival. Kaituhituhi Keri Welham was there.

Later, Parata tells TE KARAKA he has been involved in kapa haka all his life, and language, tikanga and identity are all elements of the performing art. “They all merge at Te Matatini and you see all those elements.”

Families use Te Matatini as a venue for reunions. Grand-parents come to support their children and mokopuna. “This is the premiere event for all Māori,” says Parata. “This is the culmination of 13 other competitions that have been held in the last two years. This is the biggest gathering. All the kapa come here to compete, to share their taonga, to renew their whanaungatanga. There is a common bond that ties these young people … and not so young.”

The sea of warriors parts, and several rows of black-clad wāhine inch forward, led by kuia gently waving sprigs of greenery in time; side to side, up and down. An estimated 2000 people crowd into the space between the stands and the purpose-built marae porch-style stage. Many manuhiri hold iPads and smartphones aloft, capturing the action. 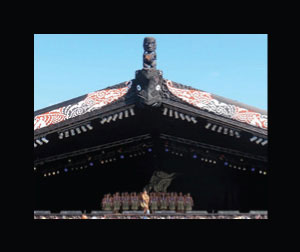 Stirling is to perform as part of a duet for his group, Te Ahikomau a Hamoterangi, one of three groups from Waitaha to appear at Te Matatini 2013. The others are Te Kotahitanga and Ngā Manu a Tāne.Performers complement the group’s black uniforms with flashes of orange, reminiscent of the “internal flame” indicated in the group’s name. After months of fundraising, 50 performers have flown north for the festival.

Stirling says his group began preparing its performance last October. He’s a fan of the poi, but says judges and competitors place more significance on the poetry and pronunciation of the reo, the authenticity of the mōteatea (traditional chant) and the power of the haka.

As the welcoming speeches commence, the crowds settle into the grandstand. Speakers wear suits and the women seated behind them wear heavy black dresses. Spectators lay out picnic blankets on the grass, flutter fans and hold sun umbrellas. It’s a cloudless 24 degrees in the still basin of the rugby stadium. Volunteers, led by Māori Party MP Te Ururoa Flavell, hand out bottles of water. While there are no kai stalls on the first day, the kaumātua tent cares for the elders with tea and fresh food.

Isaac Cotter shelters under the shade of a gazebo. He is a 53-year-old contractor living in Queanbeyan, New South Wales, 15 km from Canberra. He has brought a touring party of 47 to Rotorua for the event.

The group fundraised for a year, amassing more than $40,000. The journey is a cultural pilgrimage for the Australian-based Māori members of the group. They caught a coach to Sydney, flew to New Zealand and have been staying at Pikirangi marae at Rotokawa. 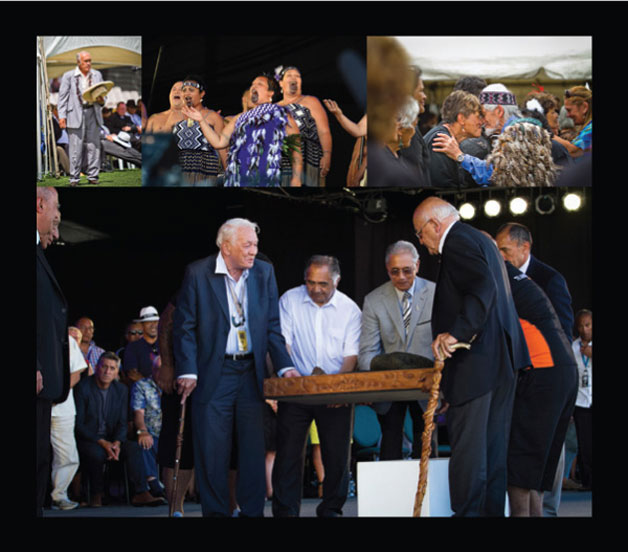 “We wanted to stay at a marae, to experience tikanga at its fullest.

“It’s very important to come to a place where this is the norm.”

Cotter has attended every Te Matatini festival since 1986.

“If you want to see the best of the best, this is the place.”

The pōwhiri lasts three hours. Speakers have been elected from various rohe, and there is even a Cook Island contingent that plays ukulele. Tainui issues a lively challenge, ensuring the esteem of the event and their King.

Trevor Maxwell (Te Arawa), Deputy Mayor of Rotorua, performed kapa haka at Queen Elizabeth II’s Jubilee and the Royal Edinburgh Military Tattoo. He and his late wife Atareta led Ngāti Rangiwewehi, which won the national titles in 1983 and 1996, and he was deputy chair of Te Arawa’s host committee for the 2013 event. He says the festival is the result of four years planning, with organisers providing for an estimated 40,000 spectators. He says Te Arawa pulled out all stops for the five-day event.

“It’s important for us – we love hosting. Te Arawa is the centre of tourism; we’ve been hosting since the Pink and White Terraces.”

Maxwell doesn’t hesitate when asked to offer advice for southern iwi preparing for the 2015 event: “Start as soon as (you) take the mauri stone back.”

The stone, which embodies the spirit of the festival, was handed from Te Arawa to Ngāi Tahu at the conclusion of the 2013 event.

Maxwell says northern iwi are keen to travel to Christchurch en masse in 2015 and help with the long rebuild of the Canterbury region by injecting money into the economy through the festival. After the 2011 competition in Gisborne, Te Matatini officials quickly rustled up the top performers for a charity kapa haka concert which raised $100,000 for Christchurch.

“I’m glad they are hosting, so they can lift their spirits.”