Dry statistics would tell you the future of te reo Māori is under threat. The passion of rangatahi like Thomas Aerepo Morgan and Te Aotahi Rice-Edwards suggest otherwise.

One learnt to speak te reo Māori from birth. It is his first language. The other grew up speaking English and, aged 13, enrolled in an Invercargill kura. Sometime between TE KARAKA going to print and arriving in your mail, the pair were to compete at the Ngā Manu Kōrero nationals, in Hawkes Bay. Regardless of the results, they are the future face of te reo Māori. Proud, fluent, and unswervingly dedicated to speaking the language of their tīpuna. 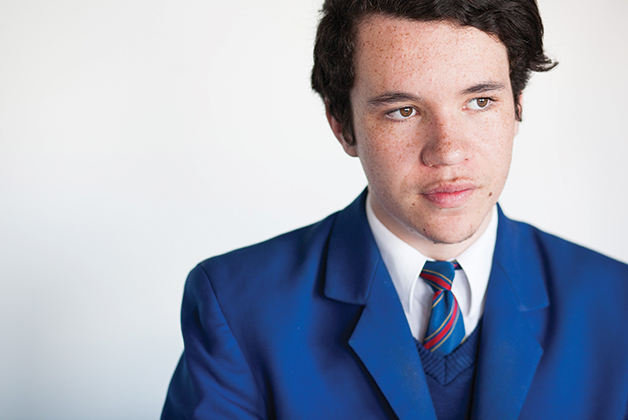 Te reo Māori is the first tongue of Te Aotahi Rice-Edwards. When he was six or seven, he can’t remember exactly, he took extra English classes to catch up. “I think my Māori side overpowered my English side,” he says. Now, at the age of 14, he’s the junior winner of the Māori section of the Waitaha Ngā Manu Kōrero contest, and he’s learning Mandarin. It’s all about new experiences, he says, and language is a window into a culture.

“Firstly I want to go to China,” he says. “ And I think it is important to learn other languages and gain new experiences with other cultures.”

Te Aotahi took the classic route to learning te reo Māori, first at home from his mother Charisma, who is general manager Te Taumatua (iwi engagement and identity) at Te Rūnanga o Ngāi Tahu, and then at the immersion unit at St Albans School in Christchurch.

He is currently in Year 10 at St Thomas of Canterbury College where he also plays in the school’s under 15 rugby side as a lock.

While the school doesn’t have an immersion unit, he still speaks te reo Māori at home and at kura organised by Kotahi Mano Kāika, the Ngāi Tahu unit charged with looking after the language.

“They have te reo classes but only on a double period basis. I don’t speak Māori all the time there. I have been to kura reo a few times now and it’s quite interesting meeting other first language speakers there and sharing experiences and exchanging reo.”

For Te Aotahi, that sharing of the language and culture is one thing he loves. So, time to ask him the obvious question, is te reo Māori a dying language?

That’s rubbish, he says. The language will survive.
“It’s our culture. It’s our way.” 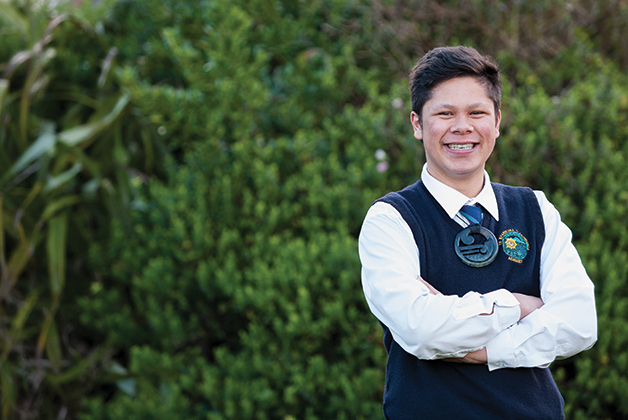 If you kōrero, it must come from the heart. “I stay true to my kōrero,” says Thomas Aerepo-Morgan. “Manu kōrero is one of my passions. I’ve always watched the national competitions and attended two nationals but haven’t stood. I saw the standard and thought it was high but thought, ‘I’m going to aim for that’. It all depends on that one person – how much effort they put in and how much they believe in their kōrero. It’s my dream to take out a national Manu Kōrero competition.”

Thomas,16, grew up in and around Te Rau Aroha Marae in Bluff but embarked on his te reo Māori journey just three years ago. He went to primary school in Bluff, and then intermediate school in Rotorua where his uncle, Taimona Panapa, a fluent te reo Māori speaker, was a big influence. “I loved Rotorua because I was surrounded by kapa haka which I am crazy about. I went to my first Te Matatini there.” Thomas says his uncle is still an influential mentor.

Back down south, where he lives with his nana, Hana Morgan, chair of the Awarua Rūnanga, he enrolled at Southland Boys’ High School but soon decided to immerse himself in te reo Māori at Te Wharekura o Arowhenua in Invercargill. They went easy on him at first, he says. “On the first day it was supposed to be complete immersion but they made me feel comfortable. They would say something in Māori and repeat it in English.” After three years of immersion, he was was good enough to win the senior Māori section of the Ōtākou/ Murihiku Ngā Manu Kōrero contest this year.

Thomas says being fluent in Māori gives him a sense of identity. He loves the language, loves learning about his culture, and kapa haka. “I think it plays a big part in keeping our language alive. It holds what our ancestors were doing in the day.”

Ask him about the future of te reo Māori and he speaks with the optimism of youth. It’s about supporting those who want to speak te reo Māori.

“I think every Māori whānau should have the language in their house, even if it is just a couple of words.

“My generation will keep the language alive,” he says.