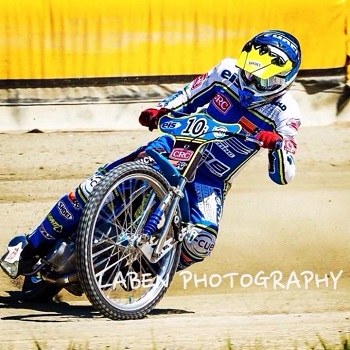 Hayden was the top points scorer  from the qualifying rounds. He dominated the start of the final and led going into the last lap with Sarjeant overtaking on the back straight.

Hayden, who hails from Invercargill, will race the New Zealand solo grand prix in Auckland this week and then focus on meetings at his home track in Southland.

He heads to England to race later this year. Hayden, who began riding a 50cc bike around the family farm when he was seven years old, has long been regarded as a future New Zealand speedway start in the mould of Ivan Mauger and Barry Briggs.

He is Ngāi Tahu through his mum Maree  (nee Weir)  and is descended from the original settlers of Whenua Hou (Codfish Island).