Pharmacist Brendon McIntosh has always believed wellness of the body and the environment are interconnected; that the future of medicine will be all about sustaining the tinana while simultaneously protecting the whenua. “My why, my purpose is stemming I guess from being a Māori pharmacist for the last six years.” Kaituhi Max Tiweka reports. 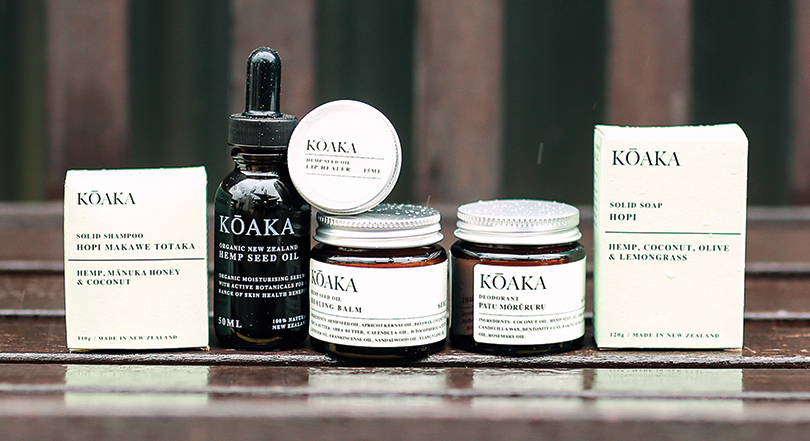 Brendon recalls fond memories of family, friends and sports, growing up in Meremere (Saddle Hill), Dunedin. With both parents in the hospitality industry, he naturally grew up valuing manaakitanga. A man of few words, Brendon’s father always managed to disseminate the significance of human services through his actions.

As an Otago Boys’ High School student, Brendon dreamed of being an All Black. He possessed a love of learning, including whakapapa, sparked by his year nine te reo Māori kaiako. He grounded himself in his marae at Puketeraki and identified with his Polynesian roots. Towards the end of high school he became interested in medicine and joined his best friend at the University of Otago Library to satisfy his curiosity, remaining connected to the library until he attended university, where he studied pharmacy.

After gaining experience in the workforce, he used his pharmacy background as a foundation to explore other avenues, drawing from the mana he gained while educating whānau about medicine on the marae. He worked as a Māori pharmacist in the western medicine framework, but considered the broader definition of medicine, including “talking about the foods.”

Brendon felt this resonated with his audience far more than “just pushing pills,” and started a journey of discovery as he translated his curiosity into alternative forms of healing.

“I’d like to think I’m a pretty open-minded person, and open to all the different rongoā.”

He drew parallels between the Māori worldview and the movement towards natural medicinal alternatives with preventative measures front of mind.

“Could medicine be plant-based? Could we consider our diets before we reach for mainstream medicine?”

Then, Brendon discovered the health-enhancing properties of hemp seeds and The Brothers Green was born.

He was introduced to hemp as a source of protein by a fellow student, but initially he was unsure. “I can’t get into that. I’m a health professional. I can’t be seen pushing marijuana.”

The stigma around hemp products can lower the professional status of legitimate pharmacists who endorse it.

As the business expanded so too did the team with Brendon channelling his Ngāi Tahutanga into learning to manage people. He weaved tikanga into meetings through karakia, mihi, marae-based hui and incorporating kupu Māori into product names.

Three years on, Brendon now understands the plants possess untapped potential for the health industry. “You’d have to smoke a telephone pole-sized joint to even get a wee bit high.”

Brendon argues that hemp contains “nature’s most nutrient dense seed.” Zinc, magnesium and potassium figure highly. Of particular interest is that hemp seed is one of only two seeds that contain all 20 essential amino acids in protein construction.

Hemp has been used for health benefits for around 50,000 years. Now, Brendon has realised the benefits of adding a sprinkle of seeds to a protein shake.

Initially, hemp seeds were only acceptable for animal consumption. But using social media, Brendon found his brother in business, Brad Lake, and together they established their first marketable product, a raw, organic protein powder called Beefy Green, just in time for hemp seeds to be deemed acceptable for human consumption in 2018. 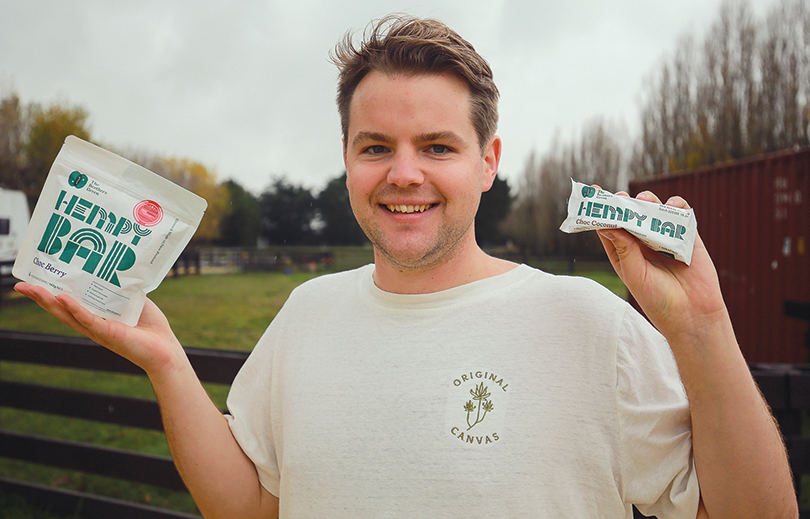 Above: Brendon McIntosh with his Hempy bar products.

From protein bars and powders to oils, balms, moisturisers and soaps, the opportunities for hemp health products accelerated and The Brothers Green broadened its scope. Eventually, the plants were dried to generate alternative and environmentally-friendly fibres for clothing. Brendon would also like to support the hinengaro and wairua of his customers through yoga, meditation and breathing.

As the business expanded so too did the team with Brendon channelling his Ngāi Tahutanga into learning to manage people. He weaved tikanga into meetings through karakia, mihi, marae-based hui and incorporating kupu Māori into product names. This helped staff pursue their own aspirations through knowledge of tikanga and te reo Māori.

According to New Zealand Trade and Enterprise, incorporation of te ao Māori into brand and labels could create obstacles to understanding products in mainstream supermarkets and pharmacies.

“NZTE warned us against using it [kupu Māori], especially with an international market.”

Brendon persisted, despite the advice, in order to respect the integrity of his cultural vision alongside his business vision.

Brendon’s Ngāi Tahu connection proved beneficial in many other ways, including access to funding for the first line of hemp products. His successful pitch to the team at Puna Pakihi paved the way for additional Ngāi Tahu support. What Brendon found most useful, beyond financial assistance, was the networks and connections he built as part of their working relationship. He recalled one coffee catch-up with Kiri (Puna Pakihi) where he, by chance, was sitting next to someone from Te Puni Kōkiri who overheard him and facilitated his connection with Ngāi Tahu farming. This led to a professional relationship between The Brothers Green and Ngāi Tahu Farming, a “win win” for both parties.

“We managed to convince Ngāi Tahu Farming to put some [hemp] in as well.”

Ngāi Tahu Farming has since invested in over eight hectares of harvest hemp throughout North Canterbury with a further 50 hectares being prepared for the next season. In combination with another 10 family farms, The Brothers Green co-ordinate over 100 hectares of farms.

Healthier, cleaner and greener alternatives – this was the goal that aligned with Brendon’s vision for alternative views of medicine. And, while he has accomplished many of his initial milestones in the early years of The Brothers Green, he has remained loyal to his brand’s values as he rides the waves of a business start-up.

While there has been much success to celebrate, the journey hasn’t been without its obstacles with the stigma of hemp still a social barrier to business success – advising people they cannot get high from smoking a t-shirt or eating seeds doesn’t suffice. Despite this,
Brendon hopes The Brothers Green and the opening of ‘Tāpapa’ – a new physical space in the Christchurch CBD – will introduce the people of Ōtautahi to new products and plant the seeds of truth for hemp.