Russell Beck is New Zealand’s foremost expert on pounamu, an international authority on jade and a successful author on the subject. Kaituhituhi Rob Tipa sits in on a hands-on workshop for children that Beck ran at Kāti Huirapa Rūnaka ki Puketeraki Marae, Karitāne.

Wood chips fly as an enthusiastic lad cuts into a log with a beautifully balanced toki pounamu (greenstone adze). Alongside him a mate taps steadily on a pounamu chisel, industriously carving his name into a log.

In the background a girl taps out a crystal clear tune on a xylophone with keys made of pounamu, while another group thinly slices up an apple with a sharpened pounamu ripi (knife).

Sixty children from Te Waipounamu and Te Ika a Maui are getting an introduction to the pounamu technology their ancestors are famous for.

Their patient tutor is Russell Beck, of Invercargill, whose fascination for pounamu, or jade as it is known around the globe, has taken him to some of the most remote corners of the world.

He has contributed to two international publications on jade and published five books on pounamu in New Zealand, three in collaboration with Maika Mason, a respected Ngāi Tahu authority on pounamu from Te Tai Poutini (the West Coast). Beck is also a trained engineer, successful sculptor in steel and stone and a qualified gemologist.

Beck started working at the Southland Museum and Art Gallery in 1965, was its director for 23 years until he officially retired in 1999 and has more than a fleeting interest in natural history, anthropology, geology, astronomy, architecture and philosophy.

His attraction to New Zealand greenstone began in the late 1950s when he and a group of school friends organised a trip to a remote corner of Fiordland in search of the precious stone. They picked up a handful of greenstone pebbles off a beach at Anita Bay at the entrance to Milford Sound. 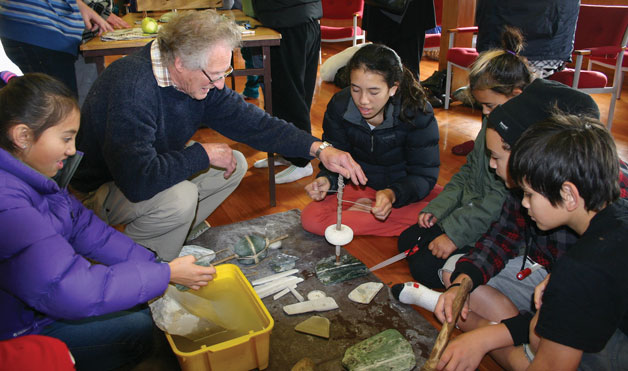 He took some home to polish them and was intrigued when the greenstone he polished was transparent, yet the greenstone sold in souvenir shops was more opaque. The reason for that, he discovered, was that it was a totally different mineral called bowenite, or tangiwai to southern Māori.

This translucent stone was easily accessible, softer and easier to work, which was why Māori fashioned it into items of personal adornment, such as ear pendants.

It was also used for certain tools and ornaments, but did not have the same properties or toughness of nephrite, the geological term for pounamu.

The process of polishing stone was not unfamiliar to him because, even as a schoolboy, he was building his own telescopes and had learnt to make his own glass lenses.

Beck’s early encounter with tangiwai nurtured a life-long fascination for greenstone that has now spanned 55 years and counting. He developed an eye for the subtle differences between nephrite deposits found in 20 countries around the world and believes New Zealand jade has the most variety in colour and markings.

When he can afford it, he tries to visit all the sources of nephrite around the world.

He had a rare opportunity to visit western China before any other westerners were allowed in 1986 and also visited parts of Siberia that were off limits to other westerners just after the fall of the Communist government of the USSR.

Such privileged access gave him a chance to compare the subtle differences between nephrite sources from around the world and he has learnt to recognise “inclusions” of other minerals that help identify the original source of the stone.

“The presence of those inclusions is often a key to where the stone came from,” says Beck. “You can’t prove it conclusively, but I can get sufficient information by studying these inclusions to satisfy me. It’s a starting point for more advanced chemical and structural analysis by scientists.”

“It takes a long time to build up the visual memory of what jade looks like from different sources,” says the gemologist. “I liken it to singling out one person from a huge crowd of people. It would be very difficult for me to describe one person to you and for you to go and pick that person out of a crowd.”

Through his work at the Southland Museum, with Te Rūnanga o Ngāi Tahu and Maika Mason, Beck has developed an extraordinary knowledge of New Zealand sources of pounamu.

Over a period of several years, the pair inspected pounamu artefacts held in all major museum collections throughout the country.

“We looked at several thousand pieces and were able to positively identify most of them because some pounamu has tell-tale inclusions that appear nowhere else,” he says. “We could tell if it had been heated, reground and how they were made and all that information was recorded.”

When handling such a huge range of artefacts, Beck says they were not only able to identify the source of the stone, but could identify regional differences in stone working styles. In some cases they recognised several artefacts cut from the same boulder, because no two boulders are exactly the same. 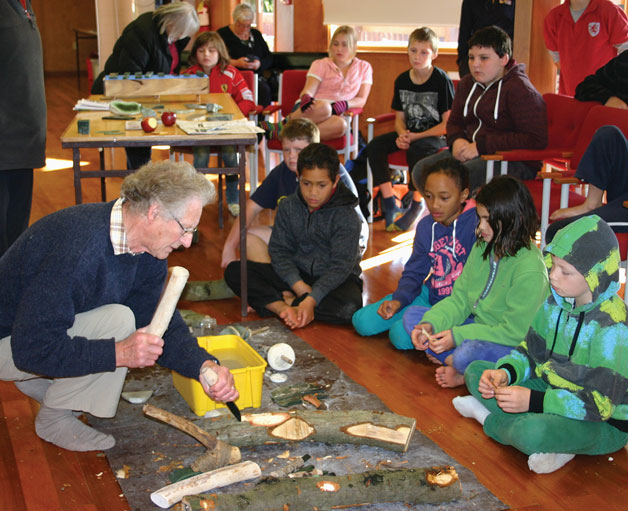 During that project, Beck recognised the colour and texture of some pounamu was quite different to stone from other parts of the Wakatipu region.

“I always thought there was a source we didn’t know of,” he says. He and others made several unsuccessful attempts to find this unknown source until he was approached by an Australian deerstalker, who picked up a piece of stone in the headwaters of the Dart River valley in the early 1970s.

When he brought it into the Southland Museum, Beck recognised it instantly as a piece of tremolite schist, which was an indicator of where nephrite deposits could be found. The hunter took him back up the Dart River by jet boat to the rugged slip face where the stone was found.

“We found lots of pieces of true pounamu of the highly-prized inanga variety and on the way down the hunter spotted a pounamu boulder of over 20 tonnes,” Beck recalls. “So that clinched the deal really. We knew this was an important area and we could now connect a lot of artefacts in New Zealand museums to the Dart area.”

It was a wonderful rediscovery made possible by a combination of a chance find, Beck’s expert eye and memory for geological detail and a good old-fashioned treasure hunt.

The Mt Aspiring National Park Board created a restricted area to protect the pounamu and Ngāi Tahu respected that restriction when the Crown returned ownership of pounamu to the tribe in 1997.

Entry is by permit only, all boulders have been recorded by Murihiku and Otago rūnanga and Department of Conservation staff and geologists visit the area regularly.Beck says it was very important for him to see this source preserved.

“It’s the only place in the world really where an indigenous culture’s source of nephrite hasn’t subsequently been mined. It’s just as they (Ngāi Tahu) left it,” he says. “Archaeological areas are very precious and once they are destroyed, they’re gone forever.”

Beck found early historical records of pounamu stone-working techniques so vague he started experimenting by manufacturing traditional tools for cutting, drilling and polishing the stone himself.

“There was only one way to find out and that was to experiment,” he says. “So I made all my tools myself and I found you can learn a lot just by constructing them and working out why they were this shape or that angle.”

“I know what a person had in their mind when they made taonga because of the work I’ve done to recreate items using some traditional tools. There’s a lot that comes into it. There is a huge amount of technology there that was lost overnight,” he says.

Many people believe steel was superior to pounamu, so when explorers like Captain James Cook arrived in New Zealand with steel tools, early Maori were believed to have thrown away their stone-working skills.

“Well they didn’t really,” Beck says. “ A steel adze is no better in its function than a pounamu adze but what explorers like Cook brought were new technologies like heavy axes, saws and twist drills and things like that were difficult to make out of stone.”

Working with pounamu has given him a strong spiritual connection with the stone. By recreating taonga using traditional tools, he has also developed a deep respect for the technology and design skills of the craftsmen who made these pieces.

“Working in a museum over a period of 34 years, you can’t help but be in contact with all these wonderful pieces and you have a great respect for them because you admire them immensely,” he says.

Today Russell Beck the artist has an impressive portfolio of sculptures to his credit and pieces of pounamu he has worked “all over the house.” Although officially semi-retired, he is as industrious as ever using diamond-tipped tools to shape granite or welders and grinders to build steel sculptures with his son Andrew, an engineer.

Visitors to Bluff or Lee Bay on Rakiura can stand back in wonder or even walk through his best-known works, giant anchor chain installations that symbolically link Rakiura with Te Waipounamu.