Kia Kaha: A storybook of Māori who changed the world 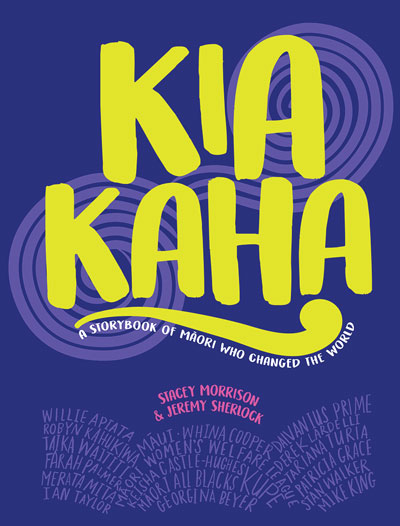 There is something undeniably special about Kia Kaha: A storybook of Māori who changed the world. The kaupapa of having Māori writers and Māori illustrators come together to tell Māori stories is easy to get behind and when I picture rangatahi sitting down with this pukapuka or parents picking a chapter to read aloud at bedtime, I also imagine the collective mauri of everyone involved in the living and telling of these stories.

Like Stacey Morrison, I grew up thinking history happened on the other side of the world. My heroes were Anne Frank and Joan of Arc and our high school curriculum just seemed to confirm that nothing of interest happened here in New Zealand. As it turns out we were not the only colonised country in the world to have the events that shaped us hidden from us.

This book, co-authored by Stacey Morrision (Te Arawa, Ngāi Tahu) and Jeremy Sherlock (Tainui, Ngāti Awa), serves as a starting point when it comes to introducing our younger readers to events that impacted our lives as Māori, and to our own heroes – past and present.

While some chapters serve as a jumping off point for a deeper dive into history, profiles like the one about author Witi Ihimaera immediately activate the imagination. It makes sense that as a young boy he saw the walls of his bedroom as a blank page on which to write. Graphic artist msmeemo depicts floating whales swirling around Witi and his open book, showing how someone else’s words can enter into our imagination and manifest themselves as illustrations, and in images on the big screen.

I was two decades into my career as a camera woman/visual storyteller before I learned about industry pioneers Merata Mita and Ramai Hayward (the latter is not included in this edition of Kia Kaha). I hope when my cousin’s kids, who range in age from four to 14, get their copy of Kia Kaha they find inspiration in the stories they find. The book has also served as a reminder to call my Aunties to spend time recording their stories. As Stacey writes: “We hope that Kia Kaha encourages you to look at your own whānau, your own ancestors …treasure the inspiration that you take from their lives, as you go forward and make your own difference in the world.” 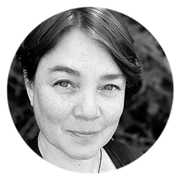 Ila Couch (Ngāi Tahu – Te Hapū o Ngāti Wheke) has maintained her ties to home by writing and making short films for Te Karaka magazine. After two decades working in television production in the UK and USA, she has returned home with the intention of doing a deep dive into her Māoritanga and Ngāi Tahutanga. Having spent a year in Tāmaki Makaurau, Ila is in the process of relocating to Ōtautahi.

Opinions expressed in REVIEWS are those of the writers and are not necessarily endorsed by Te Rūnanga o
Ngāi Tahu.