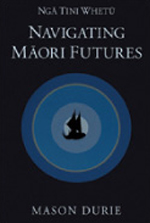 Tā Mason Durie is one of Māoridom’s most cogent commentators, and a collection of some of his keynote addresses to conferences across New Zealand and the world from 2003 to 2010 is welcome, both as a reference and as a marker for Māori. His talks cover many fields from his primary field of health – particularly for Māori – to indigeneity, education and the Māori estate in its broadest scope. On all these topics he has many important and worthwhile things to say.

Having heard Durie deliver two such addresses, two of the most interesting contributions in this book for me were Indigenous Transformations in Contemporary Aotearoa (2007), and the Paerangi Lectures delivered at Massey University in 2009. He believes ‘a “Māori dimension to New Zealand is now more obvious than it was for most of the twentieth century”. He puts the start of this in the 1980s, measured by Māori participation in both the Māori world (te ao Māori) and wider society (te ao whānui). Partly this is due to demographic trends that predict that by 2051 the Māori ethnic population will double to about one million, and even more significantly, by then Māori children will be 33 per cent of all children in Aotearoa.

The three Paerangi lectures are about sustaining the Māori estate. Among other major ideas he considers that indigeneity is always evolving and “the idea it can be defined entirely by the past ignores the reality of modern times”. This directly addresses the fallacious idea that because a thing such as the radio spectrum wasn’t envisaged in 1840, Māori therefore have no claim on its use in the present.

There is some repetition – of statistics and events – but that is inevitable in a collection such as this. I recommend this to anyone who wants to learn more about what a leading Māori thinker considers is the way of our future.

The Passing World, the Passage of Life: John Hovell and the Art of Kōwhaiwhai

I first encountered the kōwhaiwhai painting of John Hovell (Ngāti Porou ki Harataunga, Ngāpuhi, Ngāti Raukatauri) on the ceiling of the whare kai at Te Aute Māori Boys College. I was attending a Ngā Puna Waihanga hui of Māori artists and writers and had the pleasure of eating under this ceiling for a few days. I was awestruck by the complex vibrancy of the painting, that seemed to hold both celebration and reverence for the abundance and vitality of the natural environment, depicted through a distinctive colour palette, figurative patterns and innovative kōwhaiwhai format. I pondered at the time about the emerging artists who had been nurtured and fed under this ceiling for the duration of their schooling. What an influence it must have had on them.

It is always satisfying to encounter an art book lavishly illustrated with quality colour images that allows the “voice” of the artist to be heard. This book is a visual feast of more than 100 images of paintings and kōwhaiwhai projects complemented by text from the artist, John Hovell, describing his insights and approach to kōwhaiwhai, and art writer Damian Skinner providing thoughtful context. Skinner has clearly collaborated closely with Hovell, resulting in a valuable resource that celebrates and documents Hovell’s work, particularly in relation to its contribution to the development of kōwhaiwhai and contemporary Māori art of the second half of the 20th century.

Following chronological order and surveying almost 50 years of the artist’s paintings Skinner explores the significance and development of Hovell’s art in relation to his upbringing, environment, training, mentors, peers, and influences from Paratene Matchitt, Pine Taiapa and East Coast kōwhaiwhai traditions to Michael Illingworth, Colin McCahon, modernism and surrealism. Hovell’s position at the forefront of Māori art developments and innovations of the 1970s and 80s alongside peers such as Paki Harrison, Buck Nin and Sandy Adsett, is demonstrated with discussions and images that will continue to influence future artists.

I was a little disoriented by the opening text by Hovell because I expected it to introduce the artist. However, on the second read I was primed to derive what I could from his rich insights:

This book’s fresh design and concise, well-written text captures the magic of John Hovell’s painting and kōwhaiwhai that could only be transcended by a physical encounter of his work in the context of a wharenui or whare kai. I’ll be visiting one of these whare, and will enjoy the experience even better for having read and viewed this beautiful book. I hope more of our senior artists’ work will be celebrated in this way. 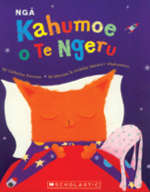 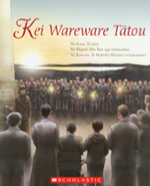