The Story of a Treaty 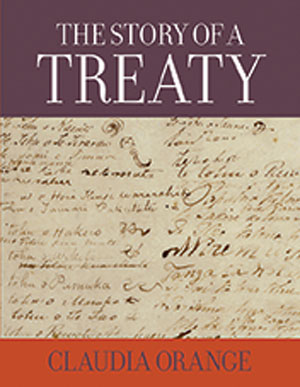 Claudia Orange is a prolific writer on Te Tiriti o Waitangi. This book builds on her earlier work, An Illustrated History of the Treaty of Waitangi, published in 2003. She says this new book brings events up to the present, and completes a comprehensive set of Treaty histories. The Story of a Treaty takes readers to the 2011 elections, and covers events like the Foreshore and Seabed Act and its repeal, and the recommendations on WAI 262. Having illustrations brings to life an interesting, but rather dry tome, as was her 1987 book, The Treaty of Waitangi.

Major settlements of claims such as the Waikato-Tainui, Ngāi Tahu, Taranaki and Muriwhenua claims are covered in slightly more detail. The Ngāi Tahu claim, for example, warrants three paragraphs with which I can’t disagree, and three photographs. Often the captions for the photographs provide comment that the text doesn’t, and are a visual tapestry of people and places significant in the history of Māori since 1840. Many of the issues reappear in a different guise. For instance, the State-Owned Enterprises Act 1986 foreshadowed the recent debate over the partial sale of Mighty River Power. Fortunately some wise elders – such as Dr Maarire Goodall – managed to push for a reference to the Treaty and its principles to be included in legislation going through Parliament at the time, such as the Environment Bill and the Conservation Bill. This action has proved to be very effective.

An easy and recommended read.

Gerry Te Kapa Coates (Ngāi Tahu) is a Wellington consultant and writer. He is also the Representative for Waihao.