Black Marks On The White Page 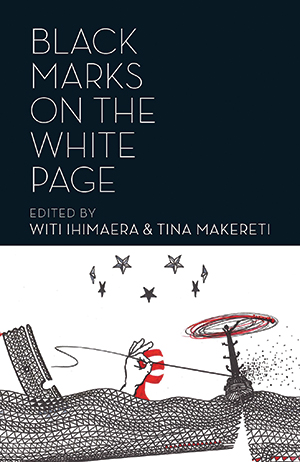 The editors say “this is an Oceanic collection”, and it is certainly a major feat having Māori, Pasifika and Aboriginal writers and artists in this robust and handsome 335-page hardback volume, with its cover by artist James Ormsby. Of the 29 stories, at least half are superb, and none are unworthy of their place in this collection. I have always argued that writing is an art form alongside the fine arts, so it is also pleasing to see eight quality artworks included here.

In the short introduction to this collection, the editors vow to “go beyond the edges of what is expected from Oceanic writing” – the boundaries of where (all over the Pacific), what (endlessly diverse), and how (gender-bending and experimental amongst other styles) we write. Some of the stories fail to live up to the “Oceanic collection” label, but most use the diversity inherent in being on, or in, the rim of fire. It is inevitable that I would like some stories more, and others would challenge me, yet nothing led me back to dreary old stereotypes. The authors – apart from the editors themselves – range from doyens like Albert Wendt, Patricia Grace, and Déwé Gorodé to other familiar names with their own publications, or whose work has appeared in other collections.

Grace’s “Matariki All-Stars” is a beautiful story about a solo father bringing up daughters aged three to thirteen, in the face of a critical older sister who berates him with, “What do you know about girls?” No special twist at the end, just compulsive reading. Nic Low (Ngāi Tahu) has two stories from his own book, Arms Race. The best one, “Rush”, is about Aboriginals using the “white man’s laws” to take power into their own hands with a mining claim under Melbourne’s Shrine of Remembrance. Tusiata Avia’s “I Dream of Mike Tyson” is a locomotive of a story that gathers steam in the dance clubs of Samoa until its inevitable but shocking end.

Fijian writer Mary Rokonadravu’s “Famished Eels” is a family narrative story with wonderful lines like: “…her great grandmother had hair the sheen of sea-washed rocks at dusk.” Alexis Wright, an Aboriginal writer, has two stories, both excellent. “Carpentaria” is a fast-paced action story using the argot of the place and people about activists destroying a mine on their land. Her other story, the surreal “Whale Bone City”, teases out the suicide of a boy called Aboriginal Sovereignty in a town called Praiseworthy. Kanaky political figure Gorodé’s universal story “Tribe My Nation” is about the protest movement “against exploitation and domination in all its forms.” Hawaiian Michael Puleloa’s story “The Stone” is about a native who sells a sacred stone with a mind of its own, and the retribution it brings.

Kelly Ana Morey (Ngāti Kurī, Te Rarawa, Te Aupōuri) has a slow, nostalgic story, “Poor Man’s Orange”, about a 17½-year-old fruit picker in Aotearoa, and the people that she meets. Also included is an extract from Samoan writer Sia Figiel’s novel Freelove – an excellent coming-of-age story that doesn’t labour the point or the morality. Hawaiian Bryan Kamaoli Kuwada’s “Ke Kāhea: The Calling” is a very compelling “steampunk fantasy” from the eyes of the daughter of a kahuna, about “old gods and religions” and their conflict with “the religion of the Crucified Man”.

On the visual art side, there is a still from an amazing video art piece by Lisa Reihana (Ngāpuhi). Entitled “in Pursuit of Venus [infected]” 2015-2017, it whets our appetite for more. Witi Ihimaera’s fiction work “Whakapapa of a Wallpaper” was also included in the book that accompanied its Auckland Art Gallery Toi o Tāmaki exhibition. Finally of these highlighted stories is Fiji’s Mary Rokonadravu’s “Sepia”, a magnificent word-picture about Indian immigrants to Fiji – anecdotes from a fabled past. This is an endeavour that deserves to be repeated in future years. 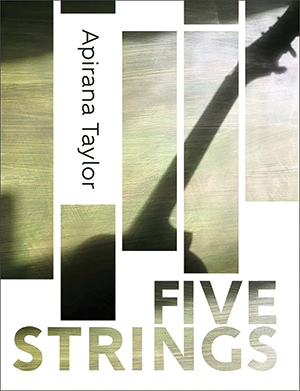 This is not a story for the faint-hearted. Painful themes like racism, poverty, and a whole spectrum of abuse dominate; yet this is undeniably a story of love, and ultimately, costly redemption.

Searingly honest with at- times overwrought descriptors, there is no hiding from the misery Apirana Taylor (Ngāti Porou, Te Whānau a Apanui, Ngāti Ruanui, Te Āti Awa, Ngāti Pākehā) crafts with Five Strings. His second novel is an offering laden with the reality of poverty in Aotearoa. The established author and playwright often centres his craft on poor and working class New Zealand and here, he does not let up. One senses that perhaps Taylor wishes to bear witness to such realities – to not look away from the painfully confronting.

And it’s the finer details Taylor jam-packs each page with that, piece by piece, brilliantly provide context around our protagonist, Puti, and her partner in life and petty crime, Mack. The pair are driven in a weekly cycle of welfare payments, bingeing on booze and weed until Sunday, followed by three days of subsistence living. Their room boasts a bed, a few beer crates, a shoe-box fridge, and a curtained-off bog that only sometimes works. A gas cooker heats them and their sausages, they wash at the local swimming pools, and clean their dishes at the public toilet block down the road.

Occasional flashbacks offer just a taste of the characters’ former lives. Both raised in their early years by mothers who loved as well as they could, Puti and Mack experienced loss early, pushing their paths far off track. Artful reveals explain Puti’s aversion to water, the depth of Mack’s alcoholism, and the pair’s mutual inability to process grief.

Although there is little appearance of anything Māori at first, a parallel story of Te Ao Māori is woven throughout; foreshadowing the significance culture inevitably has in the main storyline.

My slight qualm with Five Strings? I’d have to say pace. Readers are treated to the merry-go-round that is Puti and Mack’s existence and could become repetitive (forgiven in my opinion by exquisite use of description, devices, and insight into the characters’ hearts and minds).

I also wasn’t sure about the transition from the story climax to conclusion. It’s a slow read to the climactic event, which leads to a redemptive path for only one of the characters. Once there, the pace accelerates steeply to conclusion, where I found myself wanting more.

Other critics of Five Strings have been wary of salvation through reconnection to culture, questioning the reality of such hope under such dire, poverty-stricken circumstances. Some cases are too far gone, if you will. However, we as Māori know the power our culture has in our lives, and the salvation in this narrative is utterly realistic – even happens on the regular. 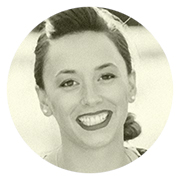 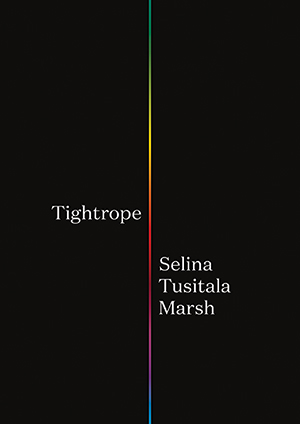 The title of this volume of poetry alludes to Albert Wendt’s quote, “… history is the remembered tightrope that stretches across the abyss of all we have forgotten.” Marsh is termed a “Pasifika poetry warrior” by the media release, and her roots are in Samoan, Tuvaluan, and French whakapapa. This well-produced book has a vertical rainbow “tightrope” on the cover. Her poem “Unity” was performed for the Queen in Westminster Abbey in 2016, and includes the lines: “There’s a ‘U’ and an ‘I’ in unity / costs the earth and yet it’s free” a riff about the Commonwealth, nature, and the comfortable irony of London being in the UK but of “seeing Ronton in the South Seas.”

There is a wide and interesting variety of powerful poems and styles traversing Pasifika themes and other contemporary and sometimes edgy topics. They are grouped under the headings “Abyss”, “Tightrope”, and “Trick”. The poems reflect on what has been forgotten, what has been remembered, and the self’s tricks. A poem that threads its way through the entire volume consists of redacted text from Albert Wendt’s 1977 novel Pouliuli – about an old matai who wakes to the fact he has been living a lie – with just enough text remaining on each page to create a phrase such as “be afraid of nothing and nobody / be a slave to love”. An interesting if somewhat tortuous creative idea, worthy of a writers’ workshop.

The first section has some significant poems. “Apostles” shows that poetry can be revolutionary. It is ostensibly about Pacific apostles “mostly unheard”, betel nuts, and the gruesome fate of Kepari Leniata, accused of being a witch in Papua New Guinea in 2013. “Le Coup” is about Philippe Petit, the real-life tightrope walker who walked between New York’s twin towers eight times in 1974. “Gafatele” (pity there was no glossary) is about a “bloodgirl lived in a sleepy how town”, and has echoes of the style of e. e. cummings.

The second section, “Tightrope”, focuses more on “Queens I have met” – as well as HRH Elizabeth II – and the author’s experiences of New York. There are also powerful protest poems – “Essential Oils for the Dying” with its line: “I remember your coconut-oil voice / immiscible with injustice”, and “Atoll Haiku Chain” about French nuclear tests at Mururoa in the 1970s. The final section, “Trick”, is the metaphorical “how” to retrieve forgotten memories. “The Working Mother’s Guide to Reading Seventy Books a Year” has tips such as, “don’t be time poor and extended family rich.” “Marriage” has tips for the ceremony, and after. “Warrior Poetry” is about “putting together a poetry collection, boys” which “means syncing this kinda crowd / where flicking the page / like a Mexican wave / has gotta leave the reader wowed.”

A book that deserves a place on any indigenous writer’s (or anyone else’s) bookshelf.