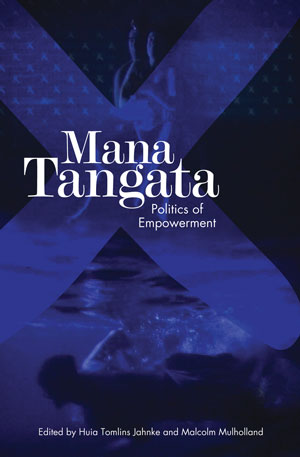 It’s a little unclear who the intended audience is for several recent books of essays by predominantly academic authors from Huia Publishers. The books are textbooks possibly, for while they all have interesting topics, they are not exactly bedside reading. This volume is entirely by Māori Massey University academic staff. According to the introduction by Tomlins-Jahnke: “The concept of mana tangata forms the organising principle and philosophical orientation for this book, which thereby encompasses not only the broad range of disciplinary perspectives, but also the strength of Māori development discourse as it has evolved over the past 150 years or so.” Whew – get the picture? The language is heavy on “discourse” and offers “ontological” and “counter-hegemonic” arguments.

The ten chapters are gathered under four broad headings – The Treaty of Waitangi, Māori Culture, Māori Health and Environment. No section is in any way comprehensive, having at most three perspectives. However, each contains interesting, mostly in-depth studies; even if in some cases these cover well-traversed ground. Also, one of the advantages of having a slate of all-Māori essayists in one book is that there is a consistent tangata whenua viewpoint.

The individual chapters range from Te Tiriti o Waitangi: A Blueprint for the Future by Bronwyn Campbell to Horticulture: A Personal Perspective by Nick Roskruge, where the concept of mana tangata is discussed in detail. These chapters all have interesting sidelines and byways, including one on metaphors and similes in Te Reo by Darryn Joseph. If you have ever asked yourself how you can improve your Māori language, this chapter is for you. Also, there’s an excellent illustrated treatise by Robert Jahnke on marae, looking at, amongst other things, the role of mana tangata in marae refurbishment.

In summary, this book is probably for the nerds of Māoritanga amongst us.

He Kōrero — Words Between Us: First Māori-Pākehā Conversations on Paper 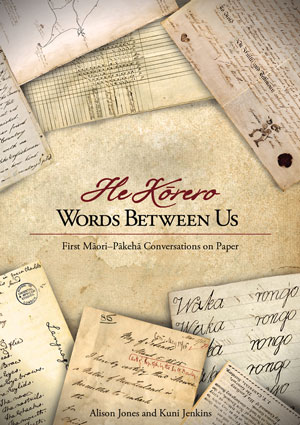 “Library archives are strangely exciting places. They sit there, quiet stacks of books and old paper, silently humming with thousands of stories. Closed to random rummagers, guarded by librarians, the past seems to wait for someone to reach out to it. To open a box or a book on a page of old handwriting, with its browning ink on yellowing paper, requires a steady nerve. Having been discovered, the ancestors demand attention.”

If you feel a rush of emotion, excitement and recognition on reading the opening paragraph of this book, race to get a copy. You will not be disappointed. He Kōrero – Words Between Us is an enthralling record of the evolution of written Māori illustrated with fascinating archival materials, it is an examination of the earliest Māori-Pākehā relationships. Kuini Jenkins and Alison Jones have researched the historical context of the first encounters of Māori with pen and paper, in library archives and through conversations with the descendants of the authors of the exquisite images contained in this book. The result is a very interesting and at times provocative perspective of our early history, examined through a Māori lens.

Until reading He Kōrero – Words Between Us, I hadn’t considered how alien it must have been for Māori to hear “written words speak in the local language … Pākehā marks could ‘say’ Māori words; Pākehā texts could have Māori meaning.” Or what it was like to see a horse for the first time. There are many other titbits of information about everyday encounters that make this book even more interesting. The authors’ interpretation of Samuel Marsden’s famous Christmas Day, 1814 sermon is just one more example of the thought-provoking ideas that challenge our history books:

“… in the Māori world of Rangihoua there was no sermon on 25 December 1814. The chiefs had taken part in a political meeting essential for the education of the people and therefore crucial to the success of their plans that included gaining access to trade.”

This is a brilliant history of the development of the written Māori word, Pākehā-Māori relationships, missionaries, early politics and the motivations and machinations behind the arrival of the first settlers, the first schools and much more. Most interesting for me in this very readable book is a further insight into whakaaro Māori – the Māori worldview. Read He Kōrero – Words Between Us and you will see what I mean. 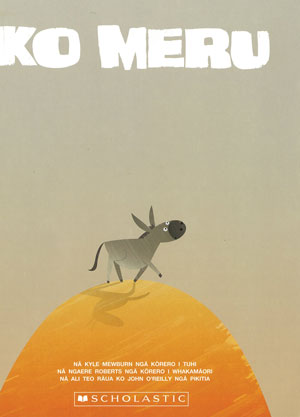 ‘Always Speaking’: The Treaty of Waitangi and Public Policy 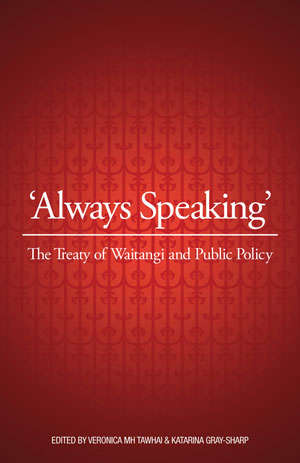 This collection of 17 essays, with a foreword by Sir Mason Durie, examines the Treaty of Waitangi in public policy today. The essays are not divided up in any formal way, but fall into three broad areas: the Treaty in social policy (health, housing, whānau, rangatahi and tamariki, education), in the management of resources (land, heritage, broadcasting), and in governance (local, national and international).

Most of the essays adopt a historical narrative approach, contrasting the way in which the Treaty has had a role in public policy in the last two decades compared to its almost total absence prior. Most also lament the fact that too little is being done to truly recognise Māori and Treaty values in areas of health, housing, te reo and so on, so that “Treaty talk” is in some respects a means of talking about action while avoiding it. But all are positive about future prospects. Indeed, considering the breadth of the articles in this book, it is plain that, despite ongoing debate about the constitutional status of the Treaty and whether and how it should be put into effect, today it features in a formal sense in just about every area of public policy. This is true even though only a few statutes refer directly to the Treaty.

A highlight for me was Te Tiriti and International Relations and Trade in which Dr Maria Bargh looks at boilerplate Treaty clauses in international trade agreements, which specifically exempt our commitments to free trade from affecting measures which the New Zealand Government “deems necessary to accord more favourable treatment to Māori … including in fulfilment of its obligations under the Treaty of Waitangi”. Dr Bargh also looks at the United Nation Declaration on the Rights of Indigenous Peoples and discusses practical models for constitutional change.

There are two areas I think a book on the Treaty and public policy should have covered and it is disappointing that it did not.

First, the collection would have been better served if it had contained an essay or essays drawing together some of the disparate threads. Curiously, the only essay to define the public sector and provide a general overview of it comes late in the collection. Haami Piripi in Te Tiriti o Waitangi and the New Zealand Public Sector argues that Te Tiriti is “perhaps the most important agreement upon which the public sector is predicated. Without it, the legislature, and by implication, the public sector would have no legitimacy”. He makes the interesting point that because the public sector is a feature of the Westminster system, involving the notion of public good; it assumes that traditional Māori society lacked such concepts.

The other gap in the collection is the lack of any comment about the stop-start politics of Treaty policy in recent years. There is no discussion or analysis of the roller coaster ride under the fourth Labour government (1984–1990), when a scheme of devolution of social policy to iwi was replaced overnight by Winston Peters’ “Ka Awatea” re-centralisation, and a large drop in funding to Māori Affairs. This cycle seemed to repeat itself with the “Closing the Gaps” policy of the 5th Labour Government (1999–2008).

These well-known policy reversals surely tell us something about the fragility of political support for the Treaty in public policy. This is important context, particularly when the current government is taking advice outside the state sector and implementing experimental reforms to education, welfare and housing. Are the Treaty gains noted in these chapters about to be overturned? And what, if any, political consequences will there be if they are?

Overall then, the book is a useful snapshot of the Treaty in public policy today. A deeper analysis of the tensions and forces underlying Treaty policy awaits another book.

THE VIEW FROM UP THERE 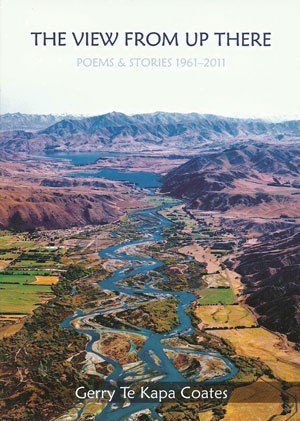 Fifty years of life — each poem with its own meaning, stretching through the years. I did have to use my imagination to put context around each one, until finally I came across the “Notes on Poems” near the back of the book. It was then I gained a better understanding of what the poems were saying. After reading Chance Conversations I immediately related to the thoughts that race around in one’s mind, looking into your father’s coffin, thinking about the unsaid words and the love never talked about.

For those of us who knew the “gentle giant” in the poem Haere Gentle Giant,
I could remember and visualise the man and his wealth of knowledge, while acknowledging his big heart and mahi and his excitement of encouraging the wider tribal histories into artform.

The short stories give another view of the author for me, relating to another aspect of his life. His understanding of Vietnam; what the Vietnam war was about, and the realisation that his country gave little recognition to it was an important aspect of his maturing into a man.

I could relate to his mother’s wish for the author to have the experience of a lifetime, one well remembered, and one that many children do not have, with the opportunity to fly over his history in a Tiger Moth. The excitement, the apprehension, and the true enjoyment of flying, especially when he viewed his beloved Waitaki Valley below, are vividly portrayed. I also enjoyed the poems and comments concerning the relationships he has had over his life. To me, the author’s 50 years were captured in this book.