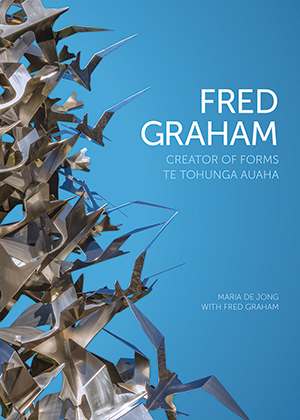 A book written about Fred Graham, his art, and legacy is well overdue. Fred Graham belongs to the group of artists who were pioneers in the development of a new form of Māori art developed in the late 1950s and 1960s, and now often referred to as Māori modernism.

It was a unique form of modernism where the artists created a critical distance between their work and the art of their forefathers. Rather than continuing the marae-based traditions of Māori art – carving, weaving and kowhaiwhai – Graham and his contemporaries established themselves as painters and sculptors.

Graham’s contemporaries include Paratene Matchitt, Selwyn Muru, Muru Walters, Cath Brown, Arnold Wilson, John Bevan Ford, Ralph Hotere, Kātarina Mataira, and others. They created a new and individual Māori art that combined Māori concepts and forms with the methods and styles of European modernism. Their work was particularly influenced by the work of Constantin Brâncusi, Henry Moore, Barbara Hepworth, Pablo Picasso, and Paul Klee; and was reflective of the post-war urban reality of the 1950s and 1960s that many Māori were living in.

This book touches on some of that art history through some of the essays within it, especially the essay by Jonathan Mane-Wheoki, but it is primarily a survey of artist Fred Graham’s life, work and practice.

In his foreword, Sir Sidney (Hirini) Moko Mead says the book is “…a fantastic story well worth reading”, one that “…leads us towards a full appreciation of who Fred Graham is, what he has achieved, the quality of the taonga he has created, where he came from, and the position he holds today”.

The second essay, by Maria de Jong, adds another layer to our understanding of Graham. Written following a series of interviews with Graham in his home, it is a sensitive and generous biography that tells of his upbringing, his family life with his wife and children, and his work.

There are three academic essays in the book. Jonathan Mane-Wheoki and Robert Jahnke highlight Graham’s importance from an art perspective. Jill Smith’s essay focuses on his work as an educationalist and art specialist.

Robert Jahnke’s essay is complicated and a bit dense. Jonathan Mane-Wheoki’s writing starts off strongly and provides some useful information but tapers off, making generalised statements towards the end. The book’s content is good; however, the design of the book – its scale and weight – is disappointing. I wanted a more generous size, to reflect the work it was showcasing – full page reproductions of works, not the small-scale images in the catalogue of works, and also, more reproductions of working drawings by Graham to give insight into his development process. Being the first major book focusing on him, I also thought the book should have been a hardcover, to represent the significance of Graham as a senior and important artist.

I would have enjoyed some additional writing, quotes, or an interview with one of Graham’s art contemporaries such as Selwyn Muru or Muru Walter. Also, it would have added to the book to include writing from a younger Māori artist who has inherited the legacy of the Māori modernists. This could perhaps have been undertaken by Brett Graham, Fred’s son – an important artist in his own right, and one I am sure was instrumental in the development of this publication. 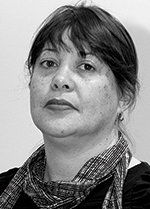 Megan Tamati-Quennell (Ngāī Tahu) is the Curator of Modern & Contemporary Māori & Indigenous Art at Te Papa. She lives in Wellington with her son Taniora. 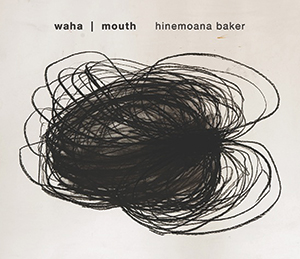 She says on the cover, “I’d like to think that opening this book to read is like standing at the mouth of a cave, or a river, or a grave, with a candle in your hand”. Perhaps in the fragility of life personified? This book, which I read in one sitting the first time on a flight to Auckland, is a fine woven mat with the texture and connections between poems like weaving. Words crop up and are repeated – such as candles, mouth, hollow bamboo, and “two white horses” – in Parts 1 and 2, but separated by many pages.

There are lines that stay with me: “In my mind I wrote letters to all those I’d wronged, I want to be buried with a family resemblance”. A lot of us Kāi Tahu look similar, with a common ancestor but have our family feuds – I know what she means. The yearning for connection with life in, “I want to touch my lips on the nape of someone’s neck, breathe there”. Or, “something rumbling up behind me like God’s bowling ball” reminded me of those falling asleep dreams I used to have as a child, with ominous portentous noises. She can still break my heart open a little.

These are very personal poems that may be more felt than fully understood, observed as part of her life, as well as yours or mine. It seems a long time ago that Hinemoana Baker and I shared a stage with Keri Hulme at the Christchurch Writers Festival. It was one of those gatherings of disparate artists not used to cohabitating. She was the consummate performer with her music, and roadie jokes. I admired her energy, and her skill with words, blogs, and the whole paraphernalia of the ego. This is her third book and comes out opportunely during her term as Writer in Residence at Victoria University. May there be many more. Kia kaha, kia manawanui e hoa. 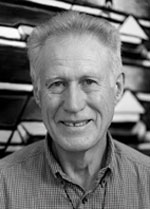 New Myths and Old Politics: The Waitangi Tribunal and the Challenge of Tradition 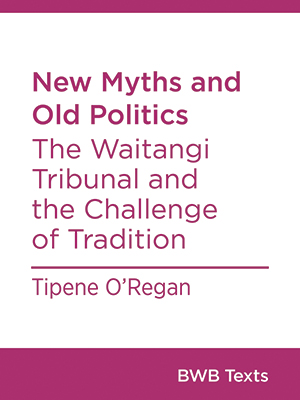 As the public face of a resurgent Ngāi Tahu people in the 1980s and 90s, Tipene O’Regan widely communicated his interconnected thoughts on the Māori past, present and future of Te Waipounamu. This occurred most visibly in media interviews and public talks, typically laced with his inimitable gusto and own brand of chutzpah. However, Tipene is a scholar before he is a politician, and his views were contemporaneously expressed in academic forums. In most instances, though, his ideas and the way he framed them were shaped by his chairmanship of the then Ngāi Tahu Māori Trust Board and its entanglements with the Waitangi Tribunal and Treaty settlement processes. This was especially evident in May 1991 when he delivered the J. C. Beaglehole Memorial Lecture at a biennial meeting of the New Zealand Historical Association, the premier gathering of New Zealand’s professional historians.

Entitled Old Myths and New Politics: Some Contemporary Uses of Traditional History, Tipene’s “Beaglehole Lecture” advanced positions and posed questions concerning the organisation and deployment of the Māori past that were extremely pertinent then and now. It was accordingly prepared for publication in the New Zealand Journal of History in 1992, reproduced with an afterword in an edited collection of essays published in 2001, and in June of this year was updated and re-released as an e-book as part of Bridget Williams Books’ laudable digital publishing strategy.

One of the subtle changes of this e-book iteration is found in its title, the main part of which now reads “New Myths and Old Politics”. This speaks to that fact that in 1991 the “marriage of inconvenience” of history and law that underpins the treaty claims process really was new political terrain, whereas now it is an established part of the landscape, and thus comparatively old. However, as this process has bedded in and evolved, new myths have indeed been born. Tipene’s desire to expose these for what they are and concomitantly “defend the integrity” of authentic Māori memory – in other words, to challenge cultural charlatans – is at the heart of this text, and much of his life’s work. He thus reminds me of Lee Kuan Yew, another of my favourite enlightened despots, who once remarked that “wrong ideas have to be challenged before they influence public opinion and make for problems”. In lieu of alluring mysticism, Tipene therefore argues convincingly for the necessity and possibility of “solid evidence about our [Māori] past”. His view is that this is achieved by “the mundane business of applying scholarly standards to Māori tradition and history”, in tandem with a functional knowledge of whakapapa, which he endearingly describes as simply “a task of intellectual management”. In other words, examination of the Māori past does not in his opinion require “deep spiritual insights of the guru”. Tipene’s defence of empirical truth is refreshing as is the role he envisions for academic disciplines in pursuing it.

“New Myths and Old Politics” refers to ACCESS and MACCESS training schemes, COGS funding, and the Iwi Transition Agency, which illustrate that the base text is certainly of its time. It therefore offers a valuable window into the drivers and uncertainties of the State’s renegotiation with Māori at an important juncture in New Zealand history. However, as I have indicated, its value goes far beyond this. I think that it will be read and ruminated over long after Tipene and the claims process that he reflects upon have been reduced to dust. In the meantime, both have much more work to do. 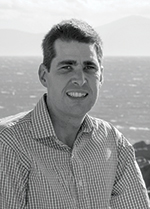 Southland-born and raised Dr. Michael Stevens (Ngāi Tahu) is a lecturer in Māori History in the Department of History and Art History at the University of Otago. 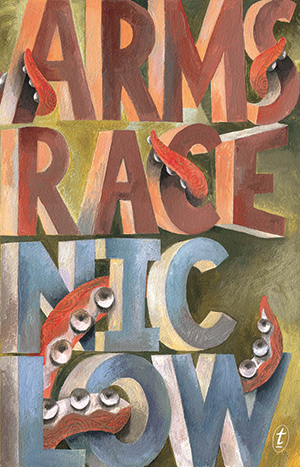 This is the first collection of short stories by Nic Low, a Melbourne-based Ngāi Tahu writer who also works as an arts festival director and organiser. From 2009 until 2013, he ran the international writing programme at the University of Melbourne’s Asialink Institute. These 12 stories range in setting from the title story, set on Rakiura with a nod to the Ruatoki raids, to a frozen London in the near future, an eerie metaphor for climate change. My favourite is about what happens when a photocopied version of Lonely Planet becomes more popular in India than the real thing.

At the heart of these stories is a compelling, energetic intelligence and world view which one reviewer described as “activist literature”. Nic Low’s stories take aim at technology, modern culture, and society’s obsession with image, and are often frightening and funny all at once. 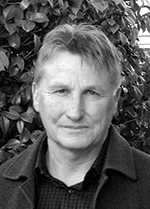 Black Jack roamed
Moeraki – Ōtākou
& kaik tween
a suspected Vogelboomer
by birth
by cadence
a nineteenth century life
doubtless double
records can’t place him
save SILNA 1906
multiple-owned
& land-locked
unplaced on paper
& unknown to land
tween layers of kōrero
yet his name stood
for his son
and his son again
a plethora of names
on any coast
just take one to suit.

Our tūpuna smile,
as kōrero searches
for a place to stand.
They know the
standing place
is our kōrero.
We, the inheritors
of Pacts, concocted
before our times.
Concocted, cooked,
yet never really
honoured.
Our tūpuna
give us the
tools required,
to bring
these Pacts
to life.