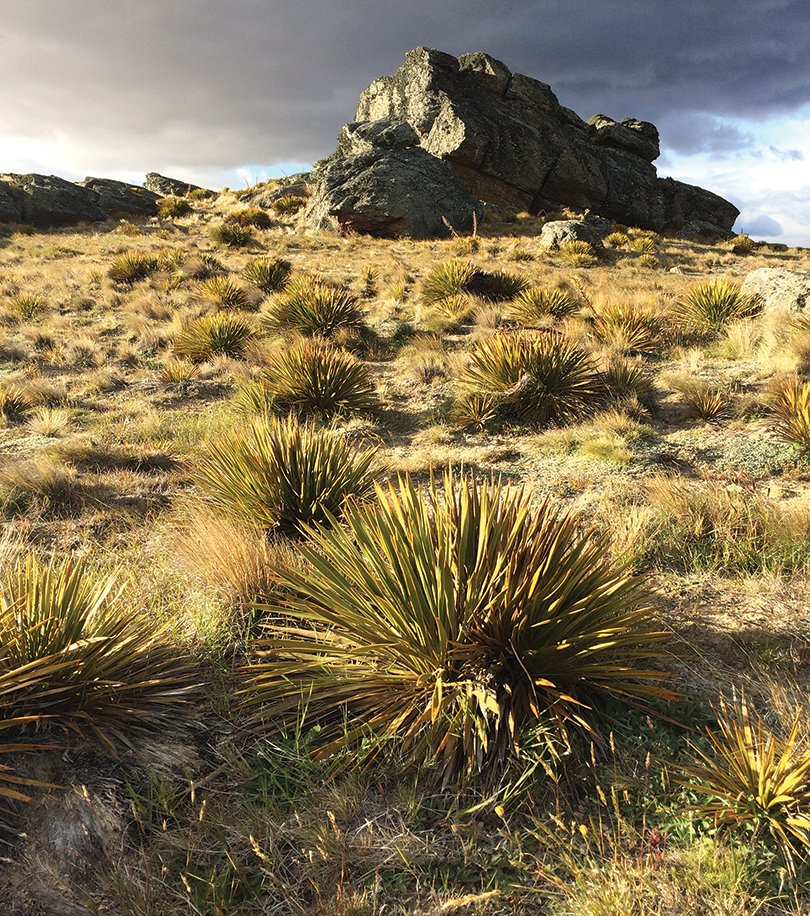 Above: Taramea in its natural habitat.

In Ngāi Tahu traditions, taramea is renowned for its exquisite fragrance, a highly prized perfume that was once presented as a prestigious gift, or traded for food, ornaments, tools and such precious resources as pounamu.

Historical references record hinu taramea as a key ingredient in the manufacture of “the grand Māori perfume”, yet in its natural alpine environment on the eastern flanks of Kā Tiritiri-o-te-Moana (the Southern Alps), few people get close enough to have a sniff.

There are plenty of clues to the formidable defences of this notoriously prickly pincushion of a plant in its many and varied names. Taramea – literally “spiny thing” – belongs to the speargrass family and is commonly known to farmers, hunters, trampers and climbers who venture into the hills as “the wild Spaniard.”

Traditionally the leaves were carefully harvested by hand and sometimes heated over the coals of a fire to speed up extraction of the aromatic resin.

In ancient scent recipes the gum was mixed with refined animal or vegetable oils to “fix” it, or blended with a range of other highly scented ferns, mosses and plants, many of which are also listed alongside taramea as Ngāi Tahu taonga plants.

“During the pre-settlement build up, I had read so much about this taonga plant, but no-one that I knew had successfully extracted the oil and that really intrigued me,” he says.

“The idea of it being a special fragrance for Ngāi Tahu really got hold of me, and through the involvement of our rūnaka (Kāti Huirapa Rūnaka ki Puketeraki), saw that it could become a part of our cultural story.” 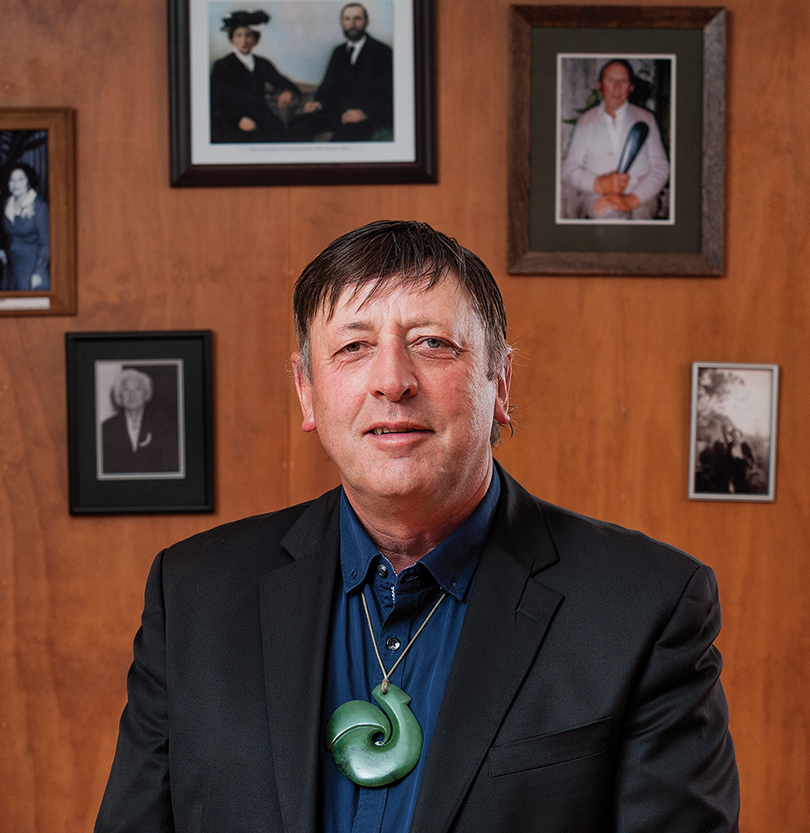 At the time Matapura was convenor of the rūnaka Komiti Rapu Ara Hou – a “think tank” consisting of Bruce Ritchie, Hinerangi Ferrall-Heath, Ron McLachlan and Brendan Flack. With a desire to explore the potential of taramea further, the group committed to working with the Tribal Economies team at Te Rūnanga o Ngāi Tahu (TRONT) to investigate business development opportunities taramea may offer.

TRONT managed the project for the next eight years, the first three invested in research to understand the plant’s growing conditions, variations in chemistry and sustainability of harvesting wild plants.

In December 2013, Plant and Food Research completed an initial feasibility study into the plant’s geographical spread and oil extraction trials and provided a report on its potential commercial viability.

With support from the Ministry of Primary Industries’ Sustainable Farming Fund, the joint rūnaka/tribal economies team started more sustainable harvest trials over the 2014/15 summer ahead of sourcing taramea oil collected and processed by a Central Otago contractor with skills in distilling fragrances from plants by steam extraction.

In 2018, with the support of Tribal Economies, the rūnaka released its first natural perfume samples under the Mea brand, which were distributed through its own business channels.

In response to market feedback the formula was adjusted to make it more user friendly and it confirmed the demand for a natural taramea perfume oil.

After a longstanding process of consultation with rūnaka members, the decision was taken to raise capital and the company Taramea Fragrance Ltd was formed. Rūnaka member Bridget Giesen (Ngāi Tahu – Kāti Huirapa Rūnaka ki Puketeraki), who had developed a passion for taramea, became the chair of the new company and has been driving it since. 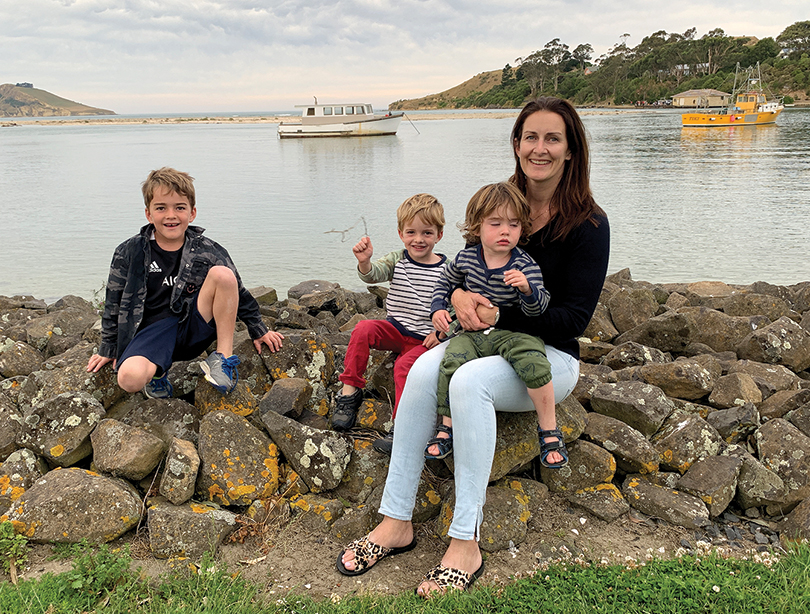 Above: Bridget Giesen in Karitāne, where she grew up, with sons Oscar, Hugh and Arthur.

A Christchurch-based accountant and lawyer, Bridget grew up in Karitāne and affiliates to Kāti Huirapa Rūnaka ki Puketeraki. She previously worked for Ngāi Tahu Holdings and is currently the Investment Director Māori at New Zealand Trade and Enterprise (NZTE).

Since becoming involved, the formulations and packaging of Mea natural perfume oils have been tweaked based on customer feedback. An extra fragrance has also been added. The range includes Taramea & Water, Taramea & Herb and Taramea & Wood. A new Dark Skies floral blend has been launched.

Bridget [Giesen] says one of the strongest selling points for Mea is that it has the rare distinction of being an ancient fragrance with a story and “a natural fragrance of New Zealand,” exclusively sourced from natural products, rather than synthetic formulations.

The intensity of the fragrance was increased by using more taramea oil, which made it stronger and it also lasted longer.

“Part of the research and development was to try and find the right blend to support taramea, which is meant to be the star,” Bridget says.

“The first-generation packaging did not stand out from its opposition on shop shelves and needed to be sourced offshore,” she says, “and customers were not really aware that it was a traditional product made by Ngāi Tahu.”

However, Mea was only on the market for one full season when sales were disrupted by the COVID lockdown in March, with most tourism outlets dependent on overseas tourists, including Ngāi Tahu Tourism, forced to close. 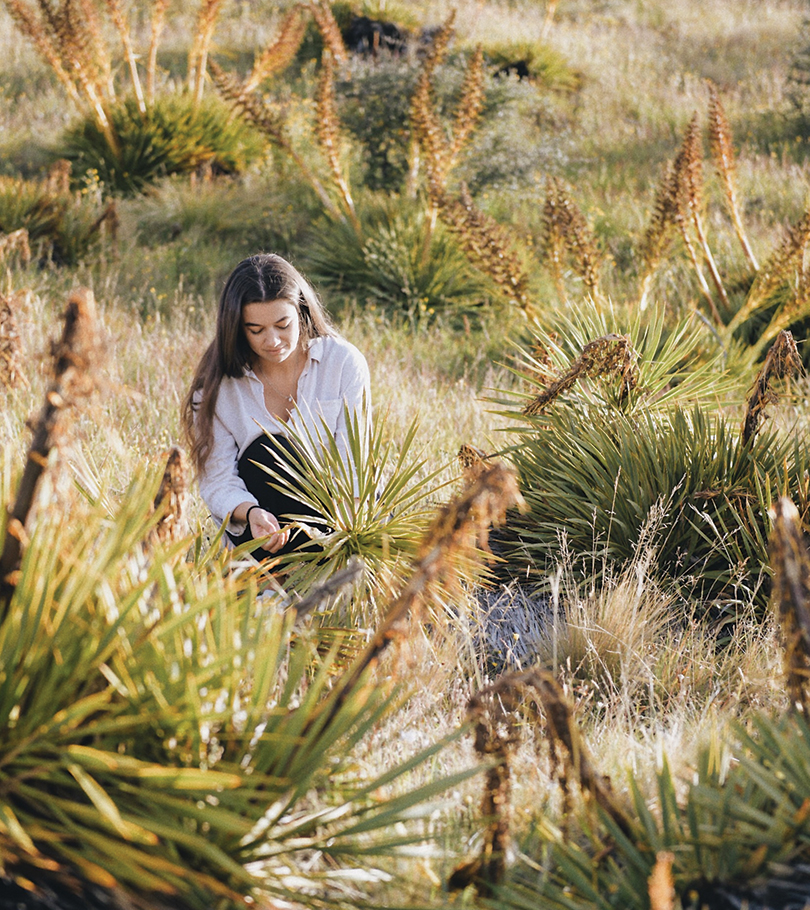 “Tourism businesses across the country were hit hard by the border closures and visitors are our key customers,” Bridget says. “So we had to rethink how we would be able to sell a fragrance online.

“It has been a big challenge and a great learning curve how you go about that and communicate what you stand for online.”

She says one of the strongest selling points for MEA is that it has the rare distinction of being an ancient fragrance with a story and “a natural fragrance of New Zealand,” exclusively sourced from natural products, rather than synthetic formulations.

“We know there is an offshore market for luxury brands and the celebrity status that goes with that,” Bridget says. So the company is focusing on which markets are likely to value natural indigenous New Zealand products. These are most likely to be pivotal niche areas rather than large volume and domestic markets.

Kāti Huirapa Rūnaka ki Puketeraki manager Suzanne Ellison and her team at the rūnaka office manage the inventory and order logistics, and have started a system to support the fragrance business. The company also decided it was time to try an e-commerce strategy. “We were really lucky to get support from the NZTE customer team and they put us through a digital workshop with Deloitte,” Bridget says. “We now have a solid road map of what we need to do to develop an e-commerce presence and keep building on it.” 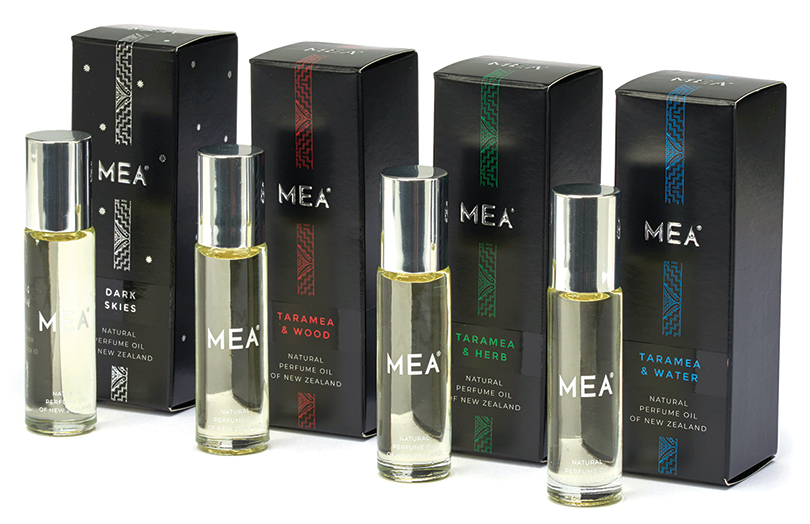 The company started with short-term action and is working on putting some mid-term and longer-term marketing strategies in place.

“We tidied up the website to enable online sales, set up a social media presence and started working with social media influencers to help raise the profile of Mea and this has been reasonably successful,” Bridget says.

“There has been an increase in sales including some offshore sales, which is great. The real challenge though is how you sell a fragrance when people can’t smell it. How do you sell it offshore?”

Market research clearly showed Chinese tourists were reluctant to buy perfumes that weren’t a recognised international brand, but they may have a different response to using natural fragrances in their home.

The next step is to look at broadening the product range to include scented candles, oil diffusers and solid perfumes.

While the potential is exciting, Bridget says the company is more cautious about launching the new range too soon after the COVID lockdowns.

“Despite the amount of research that has gone into it, we are very much a start-up business,” she says. “If we were to take on investment to grow Taramea Ltd, we would look first close to home.”

She is a strong believer that rūnaka should work together and does not rule out the possibility of offering a shareholding in the company to other rūnaka.