The rise and rise of Sheldon Pitama 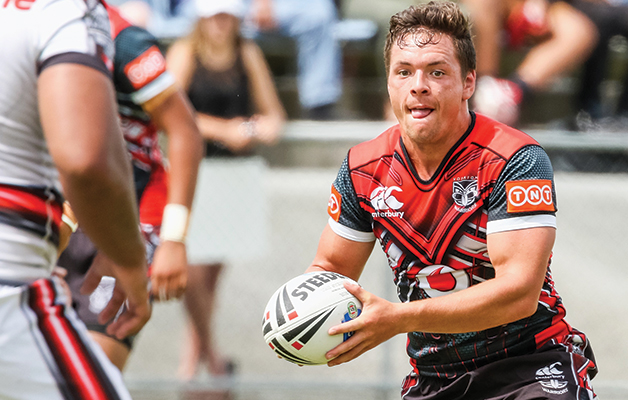 As twilight deepens on a balmy Auckland evening, a couple of dozen strapping young men run onto the Number Two field at Mt Smart Stadium, the home of the New Zealand Warriors.

Warriors Under-20 Coach Kelvin Wright hardly says a word as his charges loosen up before getting into formation for the first drill of the night.

One of the smallest players on the field bends to pick up the ball, and the air is suddenly filled with shouts from his team mates as they run forward.

He calmly flicks it to the first receiver, who charges into one of his opposing team mates before getting to his feet and playing the ball. The cycle repeats.

Shelley seems to be the name the Warriors Under-20 rugby league side have for their hooker and skipper Sheldon Pitama, the lad from Tuahiwi who is continuing his steady rise through the playing ranks towards his ultimate goal of playing in the National Rugby League (NRL).

Sheldon, 20, is into his second season with the club, and during the session he’s not afraid to make himself heard.

“Watch the short side. Let’s get our bodies in front. That’s better, boys.” 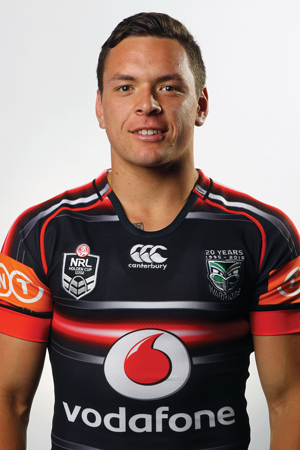 Captaining the Junior Warriors is a real honour, he says, and a good opportunity to be a leader.

“I’m in a position, as hooker, where you’ve got to be quite demanding anyway, but I don’t mind having that role. Leading by example, having respect for everyone, doing the right things on and off the field.”

Kelvin says Sheldon has all the requirements of a leader.

“I think the biggest thing about him is he’s a competitor. He hates losing,” he says.

“As captain, he says something when something needs to be said. He does everything required to be a professional. He enjoys a laugh with the boys but when it’s time to switch on, he does.”

It seems Sheldon has been switched on since he played his first league game for the Kaiapoi Bulldogs – now the Northern Bulldogs – at Murphy Park when he was six.

After a brief time playing halfback, Sheldon figured out hooker was where his future lay and the NRL was where he wanted to be.

“After that first year I was straight into hooker. I definitely like playing in the middle,” he says.

“Since I started playing rugby league, the NRL is what I’ve wanted to do. I’ve really set the goal of being an NRL player and I’d like to see myself do it one day.”

While there are no guarantees, Kelvin says Sheldon is doing everything he can to achieve that dream.

“Plenty of people have the athletic ability, but that’s not what it’s all about. It’s that desire, and he wants to succeed and win.”

After his initial forays with the Bulldogs, Sheldon represented Canterbury through the grades, then South Island teams, the New Zealand Under-16 residents and the Under-18 residents.

He signed a three-year contract with the Melbourne Storm while still a 15-year-old at Rangiora High School, and hasn’t looked back. 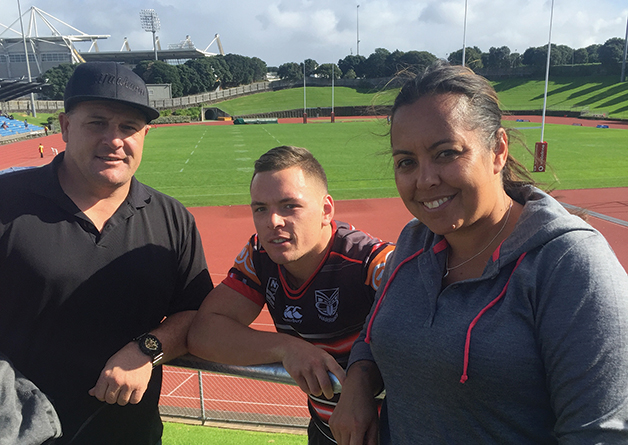 Sheldon with his parents Mathias and Melanie.

“I still lived in New Zealand for the first two years of my contract and just went over for training camps. They give you a little bit of an insight into what they’re all about, what it takes, that sort of thing. They expected me to train and keep upskilling myself, and then the third year I moved over.

“I got homesick for a couple of weeks, but there were a lot of boys that had moved away from home so we stuck together,” he says.

“I played a full season in the SG Ball (18s competition) and then had five games in the NYC with the 20s.”
When his Storm contract expired, Sheldon signed with the Auckland-based club. “Since I’ve been with the Warriors, I’ve definitely felt more comfortable.

“I don’t know what it is but I’m definitely glad I made the move.”

It wasn’t a great start to his Warriors career, however, breaking his leg in Round 8 last year and spending the rest of the season recovering. This season his focus is simply on playing well.

“It’s still early this season – I still need to string together a lot of consistent performances. I’m still learning every day, and I know I’ve got a lot to work on. Right now I’m happy to be just playing footy.” 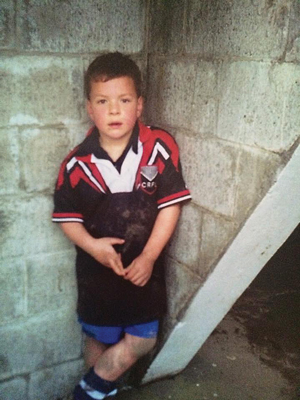 “When he was born I knew there was something great about him. He can do anything he sets his mind to, he’s very determined and never gives up,” she says.

“When he sets his mind to something he will practice and practice until he gets it.”

That determination has enabled Sheldon to succeed where others who may have had more ability have failed.

“If you’re not willing to put in the hard yards, I suppose it’s not going to happen,” he says.

“There were players growing up that were better than me and could’ve made it, but just don’t want it as much. Not many people are going to make the NRL with the wrong attitude.”

Undoubtedly, Sheldon has the right attitude, and there’s every chance he will continue to achieve his goals, no matter what they may be. “Just winning this weekend is a goal,” he says.

Away from the field, Sheldon works as an apprentice drain layer for Fulton Hogan, and says the company has been brilliant in allowing him to pursue his dream.

“The under-20 system is part-time so it’s compulsory to either study or work, and Fulton Hogan have been really good with my training schedules and stuff. It’s not a bad job, I enjoy working, but it’s definitely Plan B.”

And you get the feeling Sheldon will do whatever it takes to ensure Plan A comes off.