The South Island Landless Natives Act (SILNA) was a law passed by the Liberal government on 20 October 1906. SILNA was intended to alleviate the poverty of Kāi Tahu by providing “landless natives” with an asset base. While this seems honourable, the intention was never achieved and SILNA was later outed by the Waitangi Tribunal for what it really was: a “cruel hoax”. In this article kaituhi Renata Davis explores the history of SILNA and unpacks the issues that remain outstanding some 111 years later. 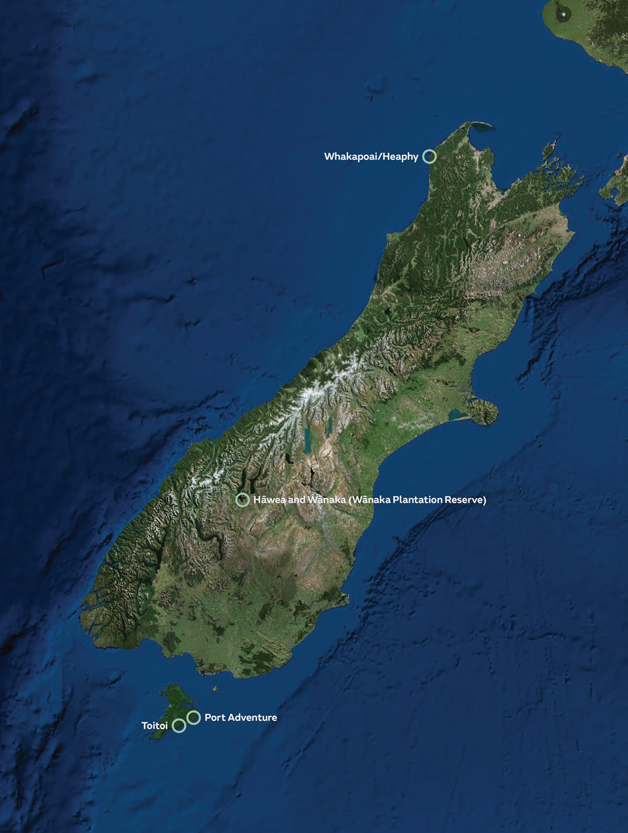 From 1844 to 1864 the Crown negotiated 10 large-scale purchases of land from Kāi Tahu, whereby some 34,500,000 acres of land, almost the entire land base of the iwi, was sold for £14,750. The promises of the Crown purchase agents created an expectation that Kāi Tahu would be left with “ample reserves” and access to mahika kai areas. These promises were not honoured, leading to widespread impoverishment and pervasive socio-economic issues for the iwi.

The problem of Kāi Tahu landlessness was the subject of several Crown investigations throughout the mid-to-late 1800s. The most poignant of these was the Mackay Royal Commission of 1886-87. Commissioner Mackay’s 1887 report condemned the approaches taken by the Crown purchase agents to obtain land from the iwi. Mackay recommended that land be set aside for use and occupation by landless individuals, and further land be set aside as an endowment to provide for the welfare of the tribe.

Commissioner Mackay’s recommendations were ignored by the government until about 1891, when he was again appointed commissioner to consider the question of Kāi Tahu landlessness. After visiting the principal kāika of the tribe, Commissioner Mackay’s second report painted a picture of poverty and malaise amongst Kāi Tahu. He found that 44% of the tribe had no land, 46% had “insufficient” land, and only 10% had sufficient land to meet their future economic needs. He reiterated his 1887 recommendations; that vast tracts of land be set aside for “landless” individuals.

Eventually, the need for Crown action was recognised. In 1893 Mackay and Percy Smith (Surveyor-General) were appointed to complete lists of landless Māori and to assign them parcels of land (in Murihiku and Rakiura). Most of this mahi was done in their spare time and with little resourcing from the Crown.

By 1905 the Commissioners had allocated 142,463 acres to 4,064 people. They recommended that empowering legislation be passed to formalise the land transfers to the identified individuals.

Accordingly, the South Island Landless Natives Act was passed on 20 October 1906. The legislation authorised the transfer of land to impoverished individuals, in the hope that it would provide for their financial stability.

The reality of the SILNA scheme was very different to the altruistic outer appearance. Almost all the land set aside under SILNA was unfit for purpose. In other words, it could not in reality be used to live on, nor to generate a sustainable income. As noted in the many government inquiries and reports over the years, much of the land was uneconomic, inferior, remote, and required significant capital expenditure on roads and infrastructure to become productive. Some blocks were far removed from the actual residences of the “landless natives”. To add insult, the lands were a stark contrast to the productive and fertile lands provided to landless Europeans under other legislation at the time.

While the majority of the land set aside under the Act was transferred to the identified beneficiaries before the legislation was repealed in 1909 (including land at western and eastern Murihiku, Rakiura, Te Tai Poutini and Te Tau Ihu), four of the identified blocks remain in Crown ownership to this day. The four blocks are: Hāwea-Wānaka (also known as the “Sticky Forest”) in Otago, Whakapoai by the Heaphy River, and Toitoi and Port Adventure on Rakiura.

SILNA grievances were investigated by the Waitangi Tribunal throughout the Kāi Tahu Wai 27 claim process, including matters relating to the four unvested blocks. The 1991 report was scathing of SILNA, stating the Tribunal was “unable to escape the conclusion that, to appease its conscience, the Crown wished to appear to be doing something when in fact it was perpetrating a cruel hoax.”

The 1991 report (and other later Tribunal reports) became the basis for the ensuing settlement negotiations between Kāi Tahu and Crown officials, leading to the Deed of Settlement 1997 and the Ngāi Tahu Claims Settlement Act 1998. Included was a Crown acknowledgement it had breached the principles of the Treaty of Waitangi by failing to complete the transfer of the four blocks. A two-step process was created to resolve this problem, envisaging: (1) the identification of the living successors to the original “landless native” grantees; and (2) the successors deciding the substance and details of their desired redress. For example, whether they would receive title to the original land blocks or negotiate an alternative settlement package, the status of any land transferred (Māori freehold or general), and the entity that would own the land (Māori incorporation or a trust etcetera).

Twenty years on, the lack of progress on this portion of the settlement is far from satisfactory. Whakapapa expert matua Terry Ryan says: “It’s got to be resolved to put the tīpuna to rest. The way I see it, they’re not at rest – they’ve been isolated for over 100 years. I’d like to see it resolved in my lifetime, otherwise another generation will inherit the problem, and they’re another generation further divorced from it.” 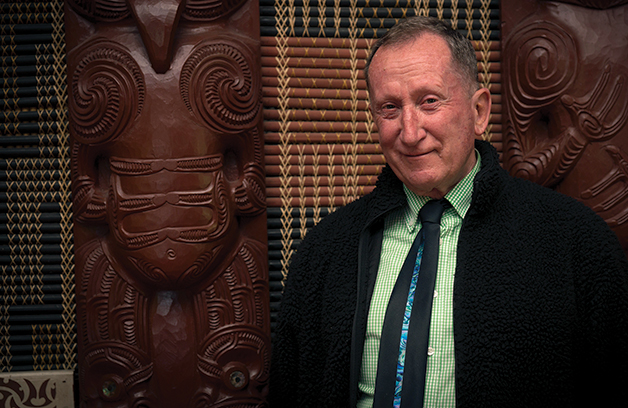 While work is almost complete on identifying successors for the Hāwea-Wānaka block, minimal mahi has been done for the Toitoi block and almost none for the remaining two blocks. Government officials blame inadequate Māori Land Court resourcing, the underestimation of the task, lack of available expertise, and logistical delays caused by the 2011 Christchurch earthquake.

The Hāwea-Wānaka block provides an example of how the SILNA settlement mechanism has played out since 1998. Under SILNA, 53 individuals were allocated land at Manuhaea or “The Neck”, being the narrow strip between lakes Wānaka and Hāwea. The land was never actually transferred to the owners before SILNA was repealed in 1909. To resolve the issue, the Crown and Te Rūnanga o Ngāi Tahu (Te Rūnanga) agreed that 50.7 hectares of land north of Wānaka township would be made available for the successors or current living relatives of the original grantees (the Hāwea-Wānaka substitute block, also known to locals as the “Sticky Forest”). The Hāwea-Wānaka successors are not able to negotiate alternative redress under the settlement provisions.

The land contains some 40 hectares of exotic forest, most of which is subject to the Emissions Trading Scheme. It is zoned ‘Rural General’ land by the Queenstown Lakes District Council. There are no legal roads on to the block. There are ongoing costs associated with the land, such as local authority rates, insurance and the costs of maintaining the forest. The land remains in Crown ownership on behalf of the successors in the interim.

Since settlement, the Māori Land Court, with assistance from the Te Rūnanga Whakapapa Unit, has almost completed the task of successor identification. Matua Terry Ryan was contracted by Te Puni Kōkiri to undertake some of this mahi. This involved building whakapapa by cross-referencing the 1908 gazette of original owners with Māori Land Court records. He says this was an arduous process, but he feels privileged to be able to assist with such an important and overdue kaupapa. Some 1,150 individuals have been identified as successors to this block.

The next step is for the Crown to locate the contact details for the successors (not an easy task), to then hold information hui for them regarding their options, and eventually for a formal “assembled owners” hui to be held for the successors to vote on the fate of the land. The successors will have to decide on the status of land (e.g. general or Māori freehold) and the landholding entity (e.g. trust or Māori incorporation etc.). To date, the hui attendance rate among successors has been poor. It is important that the successors are involved in these processes, lest their views go unheard.

“The Crown should support the owners where there is a perception that we might be taking something away from the community, for example, if we choose to use or develop the land in a way that is not necessarily what the community might seek to use it for. The Crown needs to support the successors as this problem is their creation. The successors shouldn’t have to bear the brunt of any negative community backlash, nor should they have to justify their decisions to the community.”
Jo McLean Hāwea-Wānaka successor and Te Rūnanga representative for Waihao Rūnanga

Once the land is transferred, the successors will have the ability to use it as they see fit. However, the ability to utilise the land is severely constrained by local government rules. The Rural General land zoning limits the scope of any residential development. One successor, Mike Beresford, has applied to the local authority to rezone the land “Low Density Residential”, with the intention of the successors exploring options for residential development or resale. This proposal was met with discontent by various members of the Wānaka community, who tend to see the Sticky Forest as a community asset due to its network of bicycle tracks.

Jo McLean, Hāwea-Wānaka successor and Te Rūnanga representative for Waihao Rūnanga, believes the Crown have a lot to answer for regarding the outstanding SILNA issues. “The Crown should support the owners where there is a perception that we might be taking something away from the community, for example, if we choose to use or develop the land in a way that is not necessarily what the community might seek to use it for. The Crown needs to support the successors as this problem is their creation. The successors shouldn’t have to bear the brunt of any negative community backlash, nor should they have to justify their decisions to the community.”

Jo also notes the Māori Land Court has been significantly under resourced since settlement, causing years of delays in successor identification. She thinks this needs to be prioritised, and resources placed into facilitating engagement of successors in the various hui.

The Crown appears to be in a rush to get the lands off their books, Jo says. However, the successors will be responsible for the costs associated with ownership once this is finalised. She would like to see some support from the Crown to ensure the successors do not inherit a substantial financial burden. Similarly, Jo also believes the Crown should be protecting the value of the land and ensuring it can be utilised once title is transferred. The lack of access to the block is a hindrance to any potential economic development.

“The Crown have created these issues and as far as I am concerned they have an outright obligation to ensure the absolute best outcomes for the successors, and they must support that with time, resources, pūtea etcetera,” Jo says.

Similarly, Jymal Morgan, another Hāwea-Wānaka successor, says: “I don’t think this SILNA block is unique in the fact that it is a few football fields away from delivering on what was originally envisioned. However, the dagger in the corpse remains in the hands of the Crown who are yet to offer substantial support and resourcing to deliver opportunities to the land owners.”

However, Jo is hopeful that lessons can be learnt from the Hāwea-Wānaka experience. “The process has been pretty poor to date but I am hoping if we, the successors, stand our ground and ensure the Crown commits to the matters that we have identified then that will hopefully set the template for a good process for the other SILNA blocks.”

If you think you (or someone in your whānau) may be a successor to one of the four unvested SILNA land blocks, we encourage you to contact the Office of Treaty Settlements, the Māori Land Court and/or Te Puni Kōkiri to discuss your rights and obligations regarding the future of your whenua.