Sudden Unexpected Death in Infancy (SUDI) is an umbrella term that describes any infant death that was not anticipated, of either unexplained or explained causes. There are between 60 and 70 cases of SUDI in New Zealand each year, the worst rate in the Western world. More than half of these deaths are caused by unintentional suffocation when babies are bed-sharing with their parents. Over the past 10 years safe sleep devices have been developed using the concept of wahakura to keep our precious pēpi safe.
Kaituhi Anna Brankin reports. 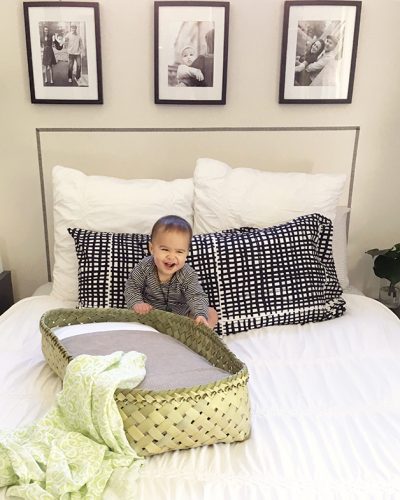 In July this year, the Ministry of Health announced that it would be withholding funding for the pēpi pod, a device that seeks to minimise the risk of accidental smothering. This news was of particular concern for Māori, as Māori babies make up 65% of SUDI cases across the country, despite representing only 20% of the population. The reason for this is simple: Māori babies are more likely to be exposed to cigarette smoke and to bed share with their parents than non-Māori. These factors are the two biggest contributors to SUDI. Babies who are exposed to cigarette smoke, especially during pregnancy, suffer from a reduced arousal mechanism. This, when combined with bed sharing, means that babies are less likely to wake up if their airway is obstructed by their parents.

A study conducted by Ed Mitchell, Auckland University Professor of Child Health Research, and Dr David Tipene-Leach, a GP and Māori health expert, revealed that the combination of smoking during pregnancy and bed sharing in the Māori population was 19%, while for non-Māori it was 1%.

Safe sleep devices such as the pēpi pod have been developed to combat this problem, by minimising the risk of accidental smothering when bed sharing occurs. These devices work by providing a safe sleep space for the baby within the parents’ bed. The first safe sleep device was the wahakura, developed by Dr Tipene-Leach in 2006. This is a woven harakeke basket that can be placed in the parental bed, with the baby sleeping safely on a tiny mattress. The wahakura allowed Māori parents to continue the cultural practice of bed sharing while diminishing the risk of unintentional suffocation. However, according to Professor Mitchell, who has been involved in this project since 2008, the initiative was limited by the difficulty in producing enough wahakura to meet demand.

This is why the pēpi pod was developed by Stephanie Cowan, Executive Director of Change for Our Children. This device serves the same purpose as the wahakura, but is far easier to mass produce and distribute. Essentially, it is a plastic box, or pod, complete with mattress and bedding. Over the last four years, pēpi pods have been distributed to vulnerable families thanks to the support of grass roots fundraising and District Health Board budget shuffling, but this simply isn’t sufficient. The programme needs consistent funding in order to reach its potential. 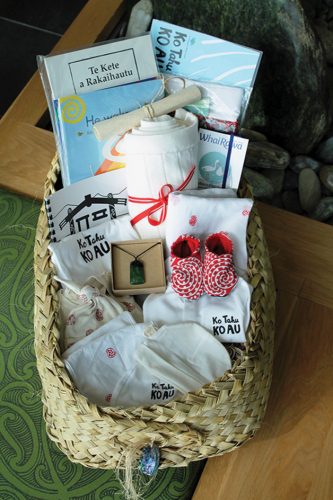 This is why, when the Ministry of Health announced their decision, Professor Mitchell and his research team resolved to gather enough evidence to change their mind. In August they presented their findings to the Ministry, proving that there had been a 29% decrease in cases of SUDI in the five-year period from 2010 to 2015. Furthermore, this decrease could be directly linked to the use of pēpi pods. Professor Mitchell commented that, “the most compelling statistic is that the deaths dropped in Māori communities where mortality rates had been at their highest, and the biggest decrease occurred in those regions that had the biggest distribution of safe sleep devices, or in other words, the most active safe sleep programmes.”

These findings were sufficient to convince the Ministry of Health to reverse their decision, and funding will be dedicated towards the safe sleep programme and an urgent national rollout of pēpi pods. Professor Mitchell says this is an excellent outcome. “I believe that with a continuous, well-funded programme, reaching all the most vulnerable babes, we will see an even bigger effect.”

Hana O’Regan, General Manager of at Te Rūnanga o Ngāi Tahu, says she is pleased by the Ministry of Health’s decision. “I take my hat off to the Ministry for the turnaround. Real leadership comes when you take the bull by the horns, admit your mistakes, and make the change that’s required for better outcomes.”

Last year the Oranga team developed the pēpi pack, a Ngāi Tahu initiative that pays tribute to safe sleeping programmes such as the pēpi pod and wahakura, while also providing a way to connect Ngāi Tahu babies with the iwi from birth. This pack contains clothes, blankets, te reo Māori books, Whai Rawa savings scheme information, a piece of pounamu, and a whakapapa scroll tracing the baby’s genealogy back to the eponymous ancestor of the iwi, Tahu Pōtiki. The pack is delivered in a wahakura, complete with mattress. Hana says that “first and foremost, the pēpi pack is a way to celebrate the birth of our Kāi Tahu pēpi and link them to their whakapapa. The wahakura was chosen as a way of supporting that. We love the idea that it uses harakeke, reinforcing the connection to Papatūānuku, and that it’s woven by our Kāi Tahu weavers. And it also has safe sleep benefits.”

However, the benefits of safe sleep devices such as the wahakura and pēpi pods should not be seen as the solution to the problem of SUDI. “The safe sleep programme is more than just issuing a safe sleep device. It needs to be about education of the parents,” Professor Mitchell says.

Hana agrees, saying that in the future her team would like to develop a more targeted approach. At this point, however, they are working on meeting the demand for pēpi packs, which has been far greater than expected. “We’d like to mihi to our whānau who have been tolerant in this regard. We want to develop our capability so we can incorporate key messages around keeping babies safe and supporting development in the early years, but our priority at the moment is responding to the demand we’ve already created for the pēpi pack.”

The final word on pēpi packs belongs to Te Rūnanga o Ngāi Tahu CEO Arihia Bennett, whose background in Child, Youth and Family and Barnados means she is well versed in this topic. Arihia says succinctly: “The introduction of the pēpi pack is not about putting a baby in a wahakura. It’s actually about whakawhanaungatanga. It connects the baby to Ngāi Tahu, and it fosters a sense of responsibility in the whānau to gather around the child as the taonga.”