Tahu Stanley is one of four University of Canterbury honours students who have been selected to study journalism in Finland or Denmark next year as part of the Inclusive Journalism Initiative. 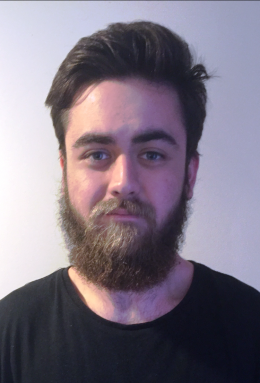 The initiative is a joint-venture between four key national and international education institutions that offer studies in journalism – University of Canterbury, Auckland University of Technology (AUT), the Danish School of Media and Journalism (Denmark) and the University of Helsinki – Swedish School of Social Science (Finland).

Each year, the two New Zealand institutions select eight students to be a part of exchange programme. Students who are successful in gaining a spot for the 2016 intake will study at one of the two overseas universities during either the first or second semester.

Tahu (Ngāi Tūāhuriri), 20, who is currently in his third and final year of studying towards a bachelor of arts majoring in media and communications at Canterbury University, will study in Finland. Once Tahu finishes his undergraduate degree at the end of this year, he plans to study for an additional year to qualify with an honours degree in communication.

“For me, inclusive journalism looks at the different cultural perspectives and ideas of journalism. In my application I put a lot of emphasis on cultural practices like Māoritanga and how they influence journalism. I thought that having learnt te reo and growing up with tikanga Māori, I’d have a lot of cultural knowledge to offer to the programme,” says Tahu.

Tahu who is fluent in te reo adds that he is most looking forward to gaining practical experience while overseas.

“There is a lot more practical work involved with studying the honours programme, so that was a big influence on my reasons to study further – I also hope that it will give me an advantage when it comes time to look for jobs after I’ve graduated.”

The initiative has always appealed to Tahu, so he feels fortunate to have been given the opportunity to travel and study an area that is of interest to him. He hopes that being part of the initiative in 2016 will help him realise his dream of becoming a sports journalist.