Supporting Mātauranga in the Regions

Empowering, enabling, and enhancing learning opportunities for Ngāi Tahu whānau. This is the aspiration and commitment of the regionally-based workforce known as Kaitoko Mātauranga and Kaitohutohu Mātauranga, putting the Ngāi Tahu education programme into action. These kaimahi are the realisation of long-held dreams of rūnanga education representatives providing regional support for our whānau. Nā Alice Dimond.

Ko te tūtukitanga, ka totoro, ka kawe kē, ka whakatau te manawanui – Achievement is reaching out, bringing change, and establishing confidence that what you are doing is great. Kaiārahi Mātauranga Nola Tipa says that this whakataukī sums up the programme. “Our kaitoko and kaitohutohu embody this whakataukī through their mahi with our whānau,” she says. “Educational success is happening across the takiwā.”

Guided, and in some cases employed directly by our papatipu rūnanga, these kaimahi support whānau within a designated takiwā, and are tasked with giving effect to Te Rautaki Mātauranga – the Ngāi Tahu Education Strategy.

Launched in 2014, this strategy has four key areas: creating pathways, prioritising success, providing leadership, and promoting innovation – phrases that may sound like jargon on the page, but that are designed to make a tangible difference in the lives of Ngāi Tahu tamariki and rangatahi.

Angus Gallagher (Ngāi Tahu – Ngāti Irakehu, Ngāi Te Ruahikihiki) is one such rangatahi. For the last two years he has been working closely with Irai Weepu, the Kaitoko Mātauranga for Te Rūnanga o Arowhenua. 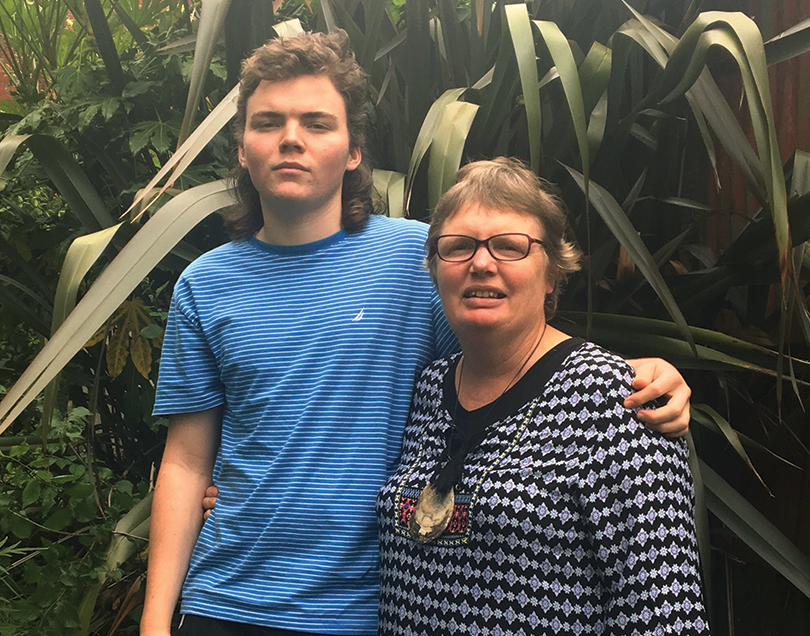 Above: Angus Gallagher and his mother Donna.

Angus was referred to meet Irai by a family friend, after having some issues with his school teachers while completing NCEA Level 2.

“Some of my teachers were being unsupportive; it felt like they had been trying to irritate me for the past year.”

Irai met Angus and his mother Donna, to understand the situation and create a plan.

“We worked together on my goals. My aspiration was to succeed in school by achieving NCEA Level 2, and then Level 3,” says Angus. These goals were written down into a Whānau Education Action Plan and pinned to the family fridge, where they kept Angus accountable. “I would look at it and it would remind me of my goals and how to achieve them. It kept me focused. My eyes were on the prize. It would refocus me if I went off on a tangent.”

Irai says that when they first met, it was immediately clear that a poor relationship between Angus and his teachers was preventing him from fulfilling his potential. “I found Angus to be very intelligent, charismatic, and understanding,” Irai recalls. “We met with the school to change their focus from encouraging Angus to leave, to supporting him to achieve his educational goals.”

This meeting led to an open and direct kōrero between Donna and the school principal. “The relationship improved with the principal, and I didn’t have to deal with the staff who had been so unsupportive,” Donna says. Angus achieved his goal, finishing high school with NCEA Levels 1 and 2, and now has hopes for tertiary study. “I think something to do with engineering. Just having options feels good. It’s overwhelming because there’s lots of stuff I can do now.”

This is different, Donna says, to her own experience. “When I left school I didn’t have options. I just went to school; there were no further opportunities to go to university or go overseas or anything like that. As far as I know Angus is now the most educated person within the whānau. As a mother that feels really amazing.” 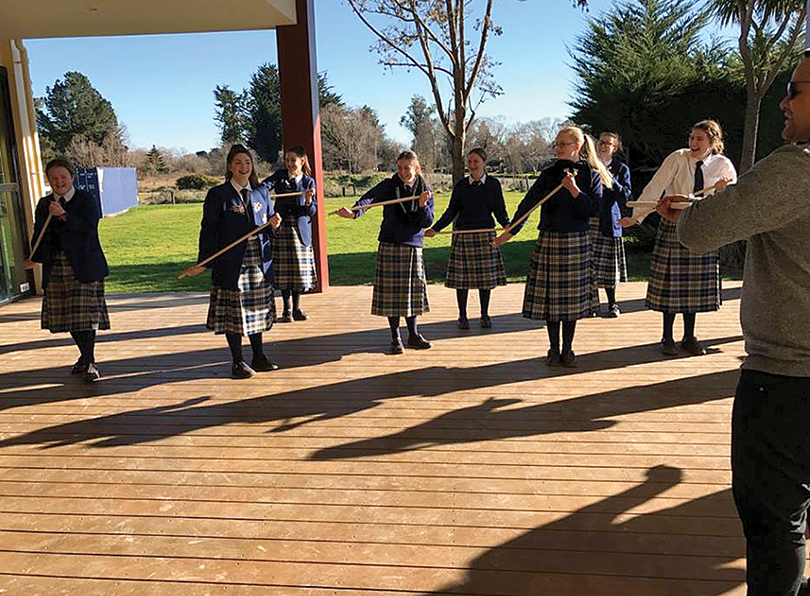 The pathway to success for Angus has certainly been paved, something that may not have happened without the support of a Kaitoko Mātauranga. “I think the journey would have been different if I didn’t have Irai’s support,” says Donna. “I would have pulled Angus out of school, and I don’t know how that would have worked out. Angus’ time with Irai has given him a deeper sense of identity as Māori and as Ngāi Tahu.”

In other areas, the Kaitoko Mātauranga work more closely with schools rather than individuals. Tahu Stanley works in the takiwā of Ngāi Tūāhuriri, and says his mahi is about working closely with the schools to ensure they are resourced to best support Ngāi Tahu whānau.

“The Kaitoko all work very differently. Our mahi is really driven by how the rūnanga we represent sees our role, and what they want us to focus on,” says Tahu. “For me, it’s really about identifying key personnel or rangatira in schools who can pass the information we give them on to whānau.”

Tahu also assists with education workshops for teachers at Tuahiwi Marae, run by the Tuahiwi Education Committee. “We teach them about the marae and cover cultural responsiveness. For those who are really fresh to te ao Māori, this is a good starting point and creates a safe learning space where they are able to ask any questions they may have.” 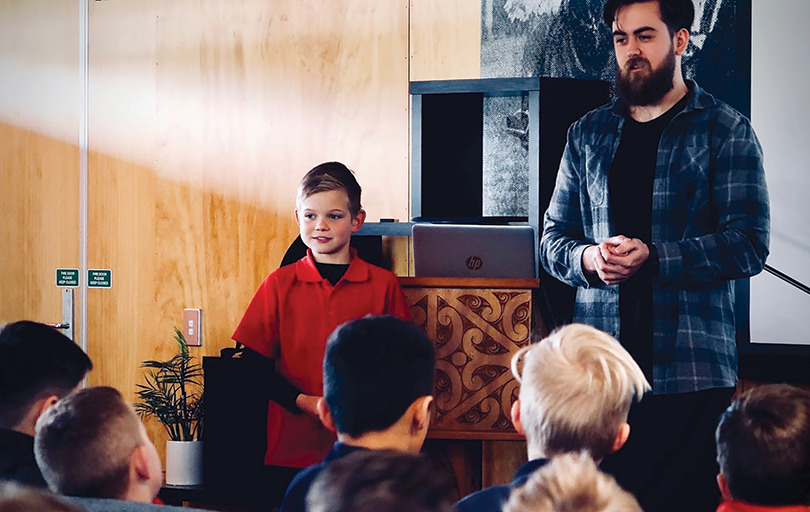 Above: Above: Kaitoko Mātauranga Tahu Stanley facilitates an education workshop at Tuahiwi Marae.

In collaboration with other Kaitoko Mātauranga, Tahu has also run wānanga for whānau, most recently in Kaikōura alongside Rāwiri Manawatu. These wānanga focus on topics such as whakapapa, history, and strengthening Ngāi Tahutanga.

“The Kaikōura wānanga is a highlight for me so far,” says Tahu. “There was a mother who brought along her two tamariki. Her whānau was really disconnected from all things Ngāi Tahu because they had been living in Dubai for a number of years. She was really thankful to have the opportunity to reconnect as a whānau. Little moments like these are really cool.”