The Live for More Charitable Trust is a values-driven programme that offers troubled rangatahi a second chance. Based in Tauranga, Live for More strives to steer young people away from drugs, alcohol, and crime. It empowers them to live happy and healthy lives, filled with hope for their future. Kaituhi Monique Balvert-O’Connor reports. 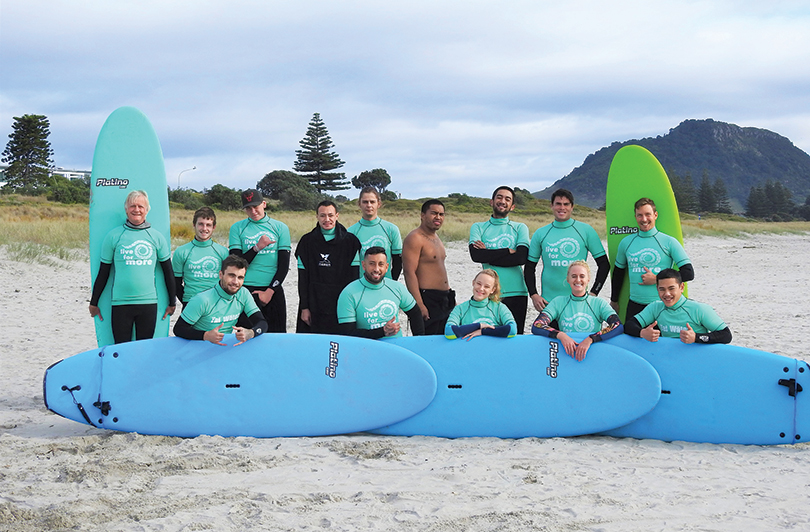 Salvation, for Ricardo Tawa, has come by way of a surfboard.

The 17-year-old Bay of Plenty youth – of Ngāi Tahu and Tūhoe descent – says he was on the road to prison when he encountered the right person, at the right time, outside the Tauranga courthouse.

That person was Sean McGuinniety, a Youth Navigator with Live for More.

“I was up for sentencing after a robbery spree. I went pretty much all round the North Island robbing,” Ricardo says. “I was on weed and alcohol too, and things weren’t really looking too good. I asked Sean if he had any places on the Live for More course. Some of my mates had done it and reckoned it was great, and gives you another view on life. He said ‘Yes’, and I jumped on.”

The course Ricardo speaks of is Tai Wātea (“Waves of Freedom”). Run by Live for More, its main physical tool is the surfboard. Surfing is used in this therapeutic group programme as a clinical tool to engage rangatahi who may not respond well to typical intervention.

“We believe in these young men so they can learn to believe in themselves. These young guys are often breaking the cycle in their whānau, and the ripple effects from that are immeasurable.”
Krista Davis Youth clinician and founder of Live for More

For Ricardo, who first got in trouble with the police at the age of nine, the course has changed his life. After graduating from Tai Wātea, he is now completing a six-month EmployNZ course with the intention of applying to join the army – and, of course, now he can surf.

“If I didn’t do this, I would probably be sitting in a cell. It gives you a different perspective on life and crime,” he says.

“You don’t have to be in crime to get what you want. It’s taught me how to change my life around.”

Ricardo is the son of Warren Spence (Ngāi Tahu) and Atawhai Tawa (Tūhoe), and the youngest of seven children.

“My parents are really happy I have changed, and am not going back to my old ways. My brothers and sisters are happy I’m not in a cell, and that I can watch my 11 nephews grow – and I’m definitely going to teach some of them to surf,” he says.

Surfing was a new experience for Ricardo, who says catching his first wave was a “mean as” experience.

“It was awesome, and I’m not too bad a surfer now. I’ll definitely keep surfing, as it’s always good to be in the water with all the boys catching a wave. It’s a great experience.” 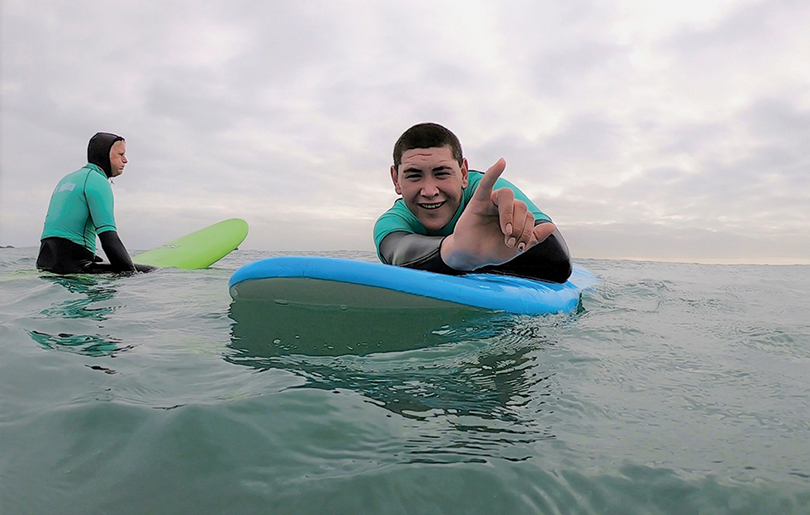 Above: Ricardo Tawa during a Tai Wātea surf lesson.

Krista Davis, the youth clinician and founder of Live for More, says the surfing component makes good sense. It is something tangible, and an understandable analogy for life.

“They learn that similar to when you fall off surfing, in life we must learn to get back on the board, paddle out again, and catch another wave.”

The course is geared at helping young men aged 17 to 25 who are not engaged in employment, education, or training; and are often caught up in drugs, alcohol, and crime. They must live in the Tauranga region and be motivated to attend.

Krista says Live for More is saving and transforming lives, one wave at a time.

“We believe in these young men so they can learn to believe in themselves. These young guys are often breaking the cycle in their whānau, and the ripple effects from that are immeasurable,” she says.

“It has been an unbelievable amount of work, and still is; but it is worth all the blood, sweat, and tears when I see these previously broken and hopeless young men so full of joy, and proud of who they have become.”

Fifty-six young men have completed the programme, and more than 95 per cent are Māori. The programme includes components focused on cultural elements such as pepeha and haka, which offers all participants, regardless of their ethnicity, the chance to ground themselves in the values that underpin tikanga Māori; and in particular enables Māori participants to reconnect with their culture.

Krista says typical intervention has failed these young men. They may be deeply troubled and in desperate need of help, but nothing is reaching them.

“Surfing is the clinical tool we use to build a relationship with these very disengaged young men. It allows us to build a healthy relationship outside the four walls of an office. From here, rapport and trust are built, which then fuels our ability to support these young men in many different ways, both clinically and practically.”

Krista believes there is also something extremely powerful about getting in the saltwater – it cleanses the wairua and clears the mind. Surf therapy has also been scientifically proven to improve mental health. 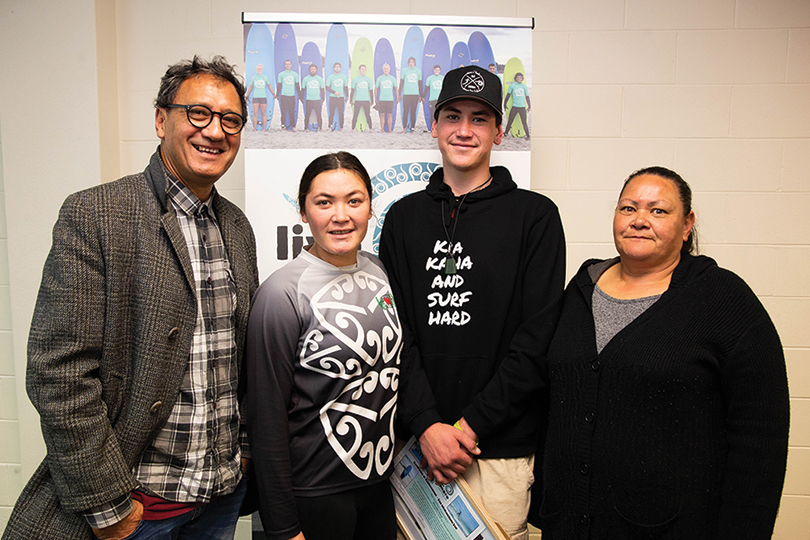 “Many of the young men tell us how they feel so free and peaceful when they are in the water, away from land and all the dramas of their lives. Surfing is also a new skill they learn, and an analogy for them of everything they can achieve in life that they didn’t know they could do,” she says.

The programme works to empower the young people to see that change really is possible, and that they are in control of their futures.

It’s not all about surfing. The course runs for one day a week over eight weeks. There’s surfing and other physical activities each morning, with the afternoon dedicated to clinical group sessions and cultural work. Learning their pepeha, for example, enables them to grow in their identity and confidence. The clinical group work involves educational discussions and reflections on their own lives, as well as motivational speakers who share personal journeys of change and transformation.

Krista and Sean have no doubt the Live for More approach is working, and that without the programme, the outlook for many of the rangatahi would have been bleak.

“Many would be in jail, on the streets, very unwell mentally, addicted to hard drugs … and some would even be dead from suicide. We know all this, because the young men have told us themselves afterwards that these are the places and situations they would be in,” Krista says.

Eighty-seven per cent of graduates have reported that Tai Wātea has saved their lives, 97 per cent report it has helped them stay out of prison, and 84 per cent say it has steered them away from gang affiliations. To top it off, every single graduate of Tai Wātea reports that the programme has encouraged them to stay on the right side of the law.

Four weeks after completing the course, Ricardo had his moment of reckoning in court. Sean was there to offer his support, and the judge was given a letter from Live for More detailing Ricardo’s progress. On the basis of this, he decided to give him a second chance.

“There were hugs and tears and relief,” Sean recalls. “Ricardo has come such a long way. We are so proud of him”.