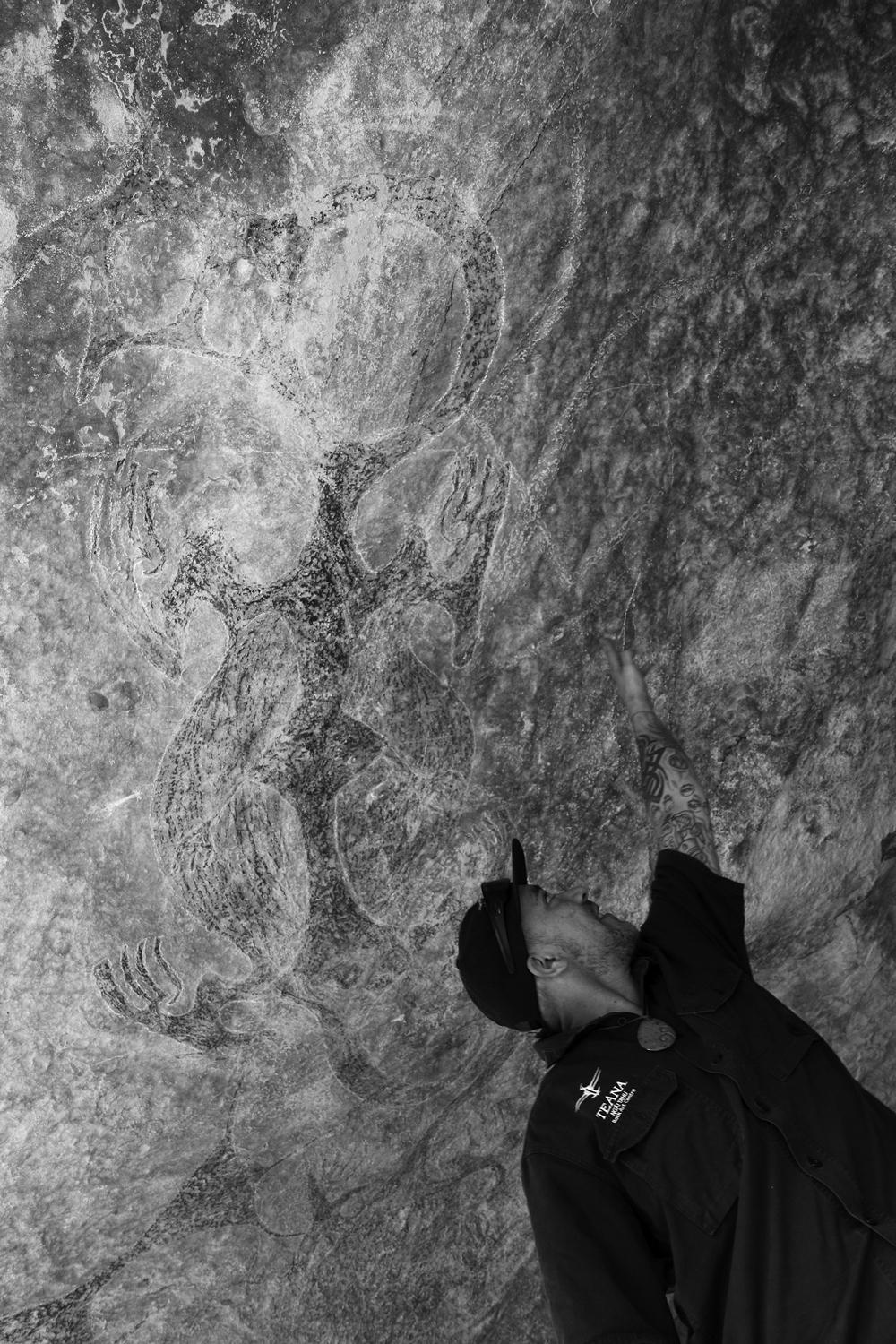 Taare Wetere Te Kāhu Stuart Home (Ngāi Tahu – Kāti Huirapa), or Wez, as he is better known, has grown up in and around the Waitaki district. As a kid living in Ōamaru he would often join whānau on trips up the Waitaki River to trap and transfer eels during the whakaheke – time of migration.

He would regularly stay with his pōua and taua Joe and Pipi in Temuka spending lengthy periods at the kaik learning about his people and his place in the world.

Wez also had opportunities to spend time with Mauriri McGlinchey and archaeologist Brian Allingham who were recording and mapping the plethora of rock art drawings that are synonymous with the Waitaki region.

At the time he had no idea that these ancient drawings would one day come to have new meaning for him as a full-time guide at the Te Ana Māori Rock Art Centre in Timaru.

Every day for the past seven years Wez has been immersed in the stories of his people, their practices and their legacy that remain clinging to the lime stone walls of caves that are testament to the journeys his tīpuna made to gather kai and resources, make trade and seek shelter from the elements.

“I have learnt a lot about the practices we had – mahinga kai is at the heart of the story of rock art,” he says.

Wez spent seven years at the Ōamaru freezing works before moving to Timaru and starting his job as a guide at the centre when it opened in 2010.

“I get a lot of satisfaction from my job. I want more Ngāi Tahu to come and learn about rock art and their culture and heritage. It’ll be cool to see this generation grow up and know what we’re talking about here.”