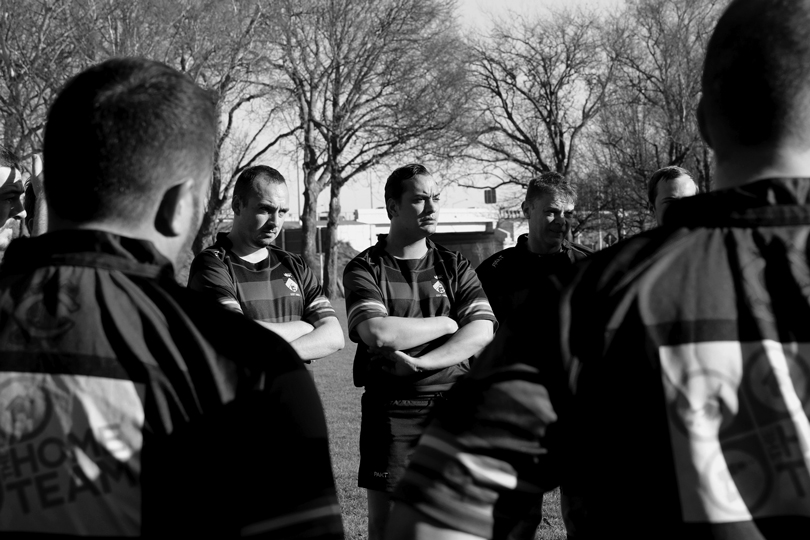 Keefe Robinson-Gore has a formidable rugby pedigree, but jokes that it hasn’t necessarily rubbed off on him.

Keefe (Ōnuku, Wairewa, Arowhenua) is playing his first ever season of rugby for the LGBT team Christchurch Football Club Heroes – the first gay rugby team in Canterbury and one of only two currently competing in Aotearoa.

“I have watched rugby and have a few players in the whānau, but never considered it was something for me,” he says. His rugbying whānau includes the likes of former All Black Piri Weepu and Black Fern Melody Robinson and his great pōua Tom Robinson who played for the New Zealand Māori rugby team in the 1920s.

Keefe found out about the team on Facebook and decided to give it a go. “It was the start of another year and I wanted to get fitter, lose some weight – all those types of things you think about at the beginning of the year. It’s been a really positive experience – everyone’s been really supportive and accepting.”

The CFC Heroes play in the social grade of the Christchurch competition and as a team made up mostly first timers they have had some pretty heavy losses, but are improving with every game. Keefe plays as a prop and has enjoyed the physicality of the game and managed so far to avoid any injury problems.

“It’s been really cool – I’m getting better at where I’m supposed to be, which is good, but there’s a cool vision behind the team, about being part of the gay community in Christchurch and being role models for others and wanting to give people confidence to try something new.”