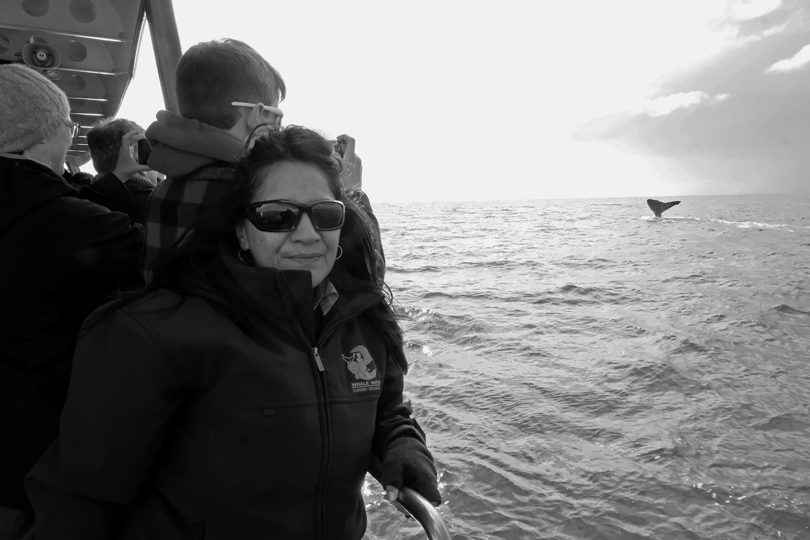 For Amelia Taylor (Ngāi Tahu) her relationship with Kaikōura Whale Watch is as deep as her love of the sea and the magnificent whales that make their home off the coast of the small township.

It was the foresight of Uncle Bill Solomon that led four Kaikōura families to mortgage their homes and finance the fledgling eco-tourism business in 1987. More than 30 years later it is an international success story and the backbone of the local economy.

“I love Tangaroa – I love being out there on the sea. That’s when I get the chance to kōrero to the manuhiri about Uncle Bill’s vision. I was around when it happened and had a very special relationship with Uncle Bill – so I feel it’s my duty to make sure that story’s still being told.”

Amelia is on her third stint working for the whānau-run business and today spends her time as a Versatile – a role that sees her dividing her time between duties on the boats and at the Whale Way Station headquarters.

“I cover all areas, sea crew, retail, cafe, reservations, administration and cleaning, wherever I’m needed, but it’s at sea with the whales that I am most at home,” she says.

And the feeling of home is never far away for Amelia who works alongside her sister Ari, who is one of the original and longest serving employees at Whale Watch, and daughter Jaegan, who has worked there for the past six years.

“It’s more than having a job, the whole whānau has worked here at one time or another and the next generation will too,” she says, evidenced by Ayla-Jade, Amelia’s three-year-old mokopuna sitting on her knee behind the shop counter.

“That’s what makes Whale Watch special. It’s got that whānau aspect – whether you’re Māori or not.”

Click a photo to enlarge it and view the photo gallery.