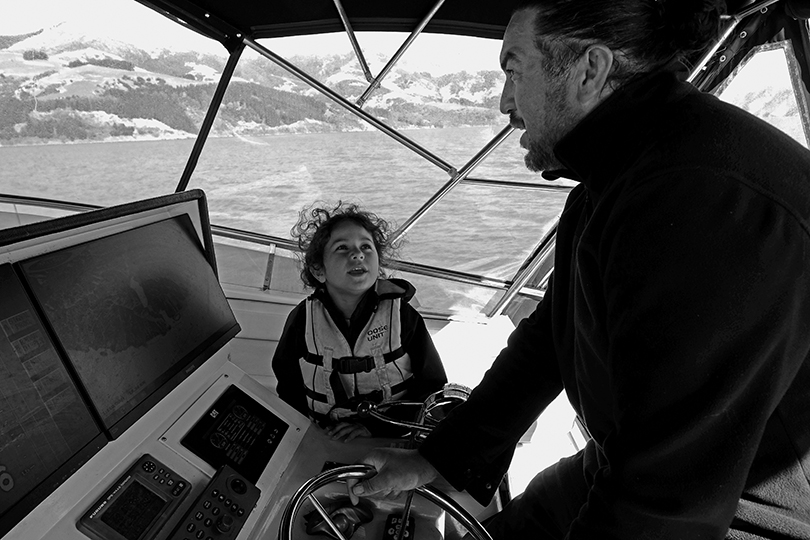 Some nights Johnny Chambers would venture outside at Robinsons Bay, on Banks Peninsula, to gaze at the night sky and ask the universe what it had in store for him and his whānau; wife Gill and their three young sons.

Johnny (Ngāi Tahu) returned to Christchurch in September 2018 after six years in Brisbane. “We’d had enough – something was calling us home,” says Johnny, who spent 27 years working as a glazier.

In February 2019, while in the queue for a hāngī lunch at the Okains Bay Waitangi Day celebrations, Johnny started talking to a local farmer, which led to a live-in job on his Robinsons Bay property.

They settled into life on the peninsula and a few months later the whānau ventured to Ōnuku Marae to lend a hand at the tangihanga of respected kaumātua, Pere Tainui.

“We hadn’t been there before and we didn’t know anyone, but I’d heard about Pere and the mahinga kai work he had been doing. We just wanted to go and tautoko.”

It was there he met Pere’s sister Pip Tainui, who in partnership with Tony Lin had recently set up Pipi Journeys, a boat charter business offering scenic cruises and fishing tours.

“It was really ticking our boxes as an opportunity and lifestyle that we wanted. Pip took us under her wing really, she helped move us off the farm, stored some of our gear and sussed out a rental down the far end of town.”

Pipi Journeys was busy with regular groups of Chinese tourists, but in February COVID-19 intervened, and like so many other businesses that rely on tourism, work came to a standstill.

Lockdown, however, provided the perfect opportunity for Johnny and Gill to complete the theory training required for their skipper’s tickets and together they each clocked up 400 hours of Zoom tutorials over six weeks. Johnny is now close to completing all his sea hours and gaining a full certificate.

“The business only had one skipper and was looking at the future for someone to help take over the reins. It was lucky for me,” says Johnny.

With an eye on the future, Pipi Journeys is developing the business by setting up a function centre close to Ōnuku Marae in preparation for borders to reopen and the return of tourists.

It’s the school holidays the day I visit and they are supporting an environmental wānanga for a small group of local tamariki. There’s also manuhiri from University of Canterbury staying at the marae, so Pipi Journeys is on hand to take them for a cruise around the harbour and throw out longlines for fish.

Johnny’s on the bridge, Gill is in the galley, and their boys are cruising around the boat and at home on the sea. Pip is on deck entertaining the guests.

Johnny searches for the words to describe the impact that Pip and Pipi Journeys have had on their lives and how much their lifestyles have changed since listening to the distant voice that called them home.

“Pip and the Ōnuku whānau have been awesome. There’s a special connection there between the whole whānau and how we’ve all come together. It feels like we’ve been here all our life.”