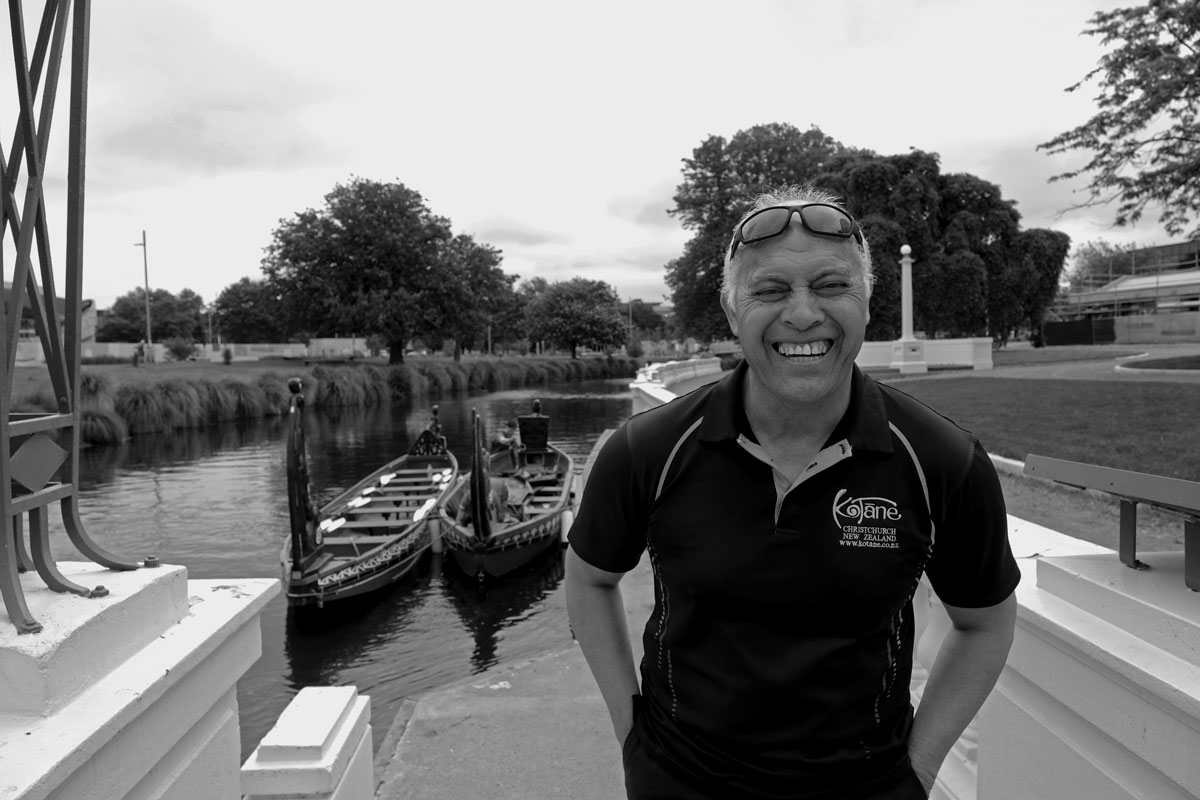 David Brennan has made a life and a living from cultural tourism. Through global financial crises, earthquakes, and now a global pandemic, he has faced them all with tenacity and enthusiasm.

David (Ngāi Tūāhuriri) was a founding partner in a hāngī and concert showcase called A Night of Māori Magic that ran successfully at Ngā Hau e Whā National Marae from 1993 to 2003. When the marae was no longer available he started Ko Tāne, a Māori village and cultural experience that 18 years on continues at Willowbank Wildlife Reserve.

Before Covid-19, David and his partners, Mark Willis and his family, committed to a multi-million dollar redevelopment of Ko Tāne in the inner city.

“Ko Tāne was wiped out by the earthquakes. We rebuilt it over the intervening years before we made the decision to invest and move into the city – and then we got hit by Covid. We had just finished the foundations of the new building when it hit, so we pulled the pin and stopped work,” he says.

Two years on, building is scheduled to restart next year with plans to be open in time for summer 2023.

For David, like so many, Covid means his business has had to pivot. Ko Tāne is evolving into a conference and events business providing cultural services and moving away from relying on just retail sales. They are currently developing a range of products and services for Te Pae, the new conference centre under construction in Cathedral Square.

Meanwhile, the Willowbank site continues to deliver education packages mainly for school groups. The business also operates the Waka On Avon experience and has just launched Hīkoi inner city cultural tours on electric scooters. Both businesses service customers out of an office on wheels near the Margaret Mahy Playground.

Waka On Avon offers groups of up to 12 people the chance to paddle a 12-metre waka on the river while learning about Ngāi Tahu waka and mahinga kai traditions.

Hīkoi is an hour-long tour that leverages off the numerous public artworks commissioned during the rebuild that honour Ngāi Tahu history and places of significance, such as the two former pā sites of Tautahi and Puāri. The tour combines the stories of mana whenua with the colonial history of the city visiting sites such as the Brickworks, the Arts Centre and the Canterbury Earthquake Memorial.

Customers are fitted with safety helmets that have built-in headsets so they can listen and interact with the guide while they ride their scooters.

For almost 30 years, kapa haka and kaupapa Māori enterprise has been at the core of David’s business ventures. As a kid his earliest memories are of performing with Whetū Ariki in the early 1960s following the lead of his older brother, Jimmy. His whānau then moved to Rotorua for 10 years and he clearly recalls under the tutelage of his father Hori, he and his five brothers and sister performing concerts at Tamatekapua Marae to raise money to support local marae projects.

“Dad has had a huge influence on me and my involvement in tourism. He took all the learnings from his Rotorua experiences and used them when we came back home. We were supporting him when we were children and then as we got older we kept performing and started haka groups, it was just what we did.”